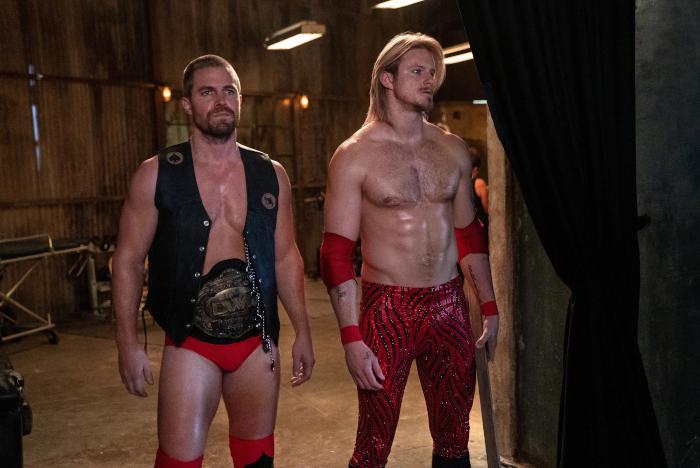 Whatever Happened to the Starz Wrestling Drama 'Heels'?

One of my favorite new series the year that it came out — way back in 2021 — was a wrestling drama called Heels from writer/creator Michael Waldron, the writer behind the Loki television series and Dr. Strange in the Multiverse of Madness (he cut his teeth on Rick & Morty). But there’s no time travel or multiverses or supervillains in Heels. It’s a brilliantly written, grounded, and heartfelt drama about wrestling.

I do not — and I can’t emphasize this enough — care about wrestling. That’s not a knock against the sport. It’s just not my thing, but I love great storytelling, and Heels is exactly that. It is an underdog story about wrestlers playing heels (or bad guys) set in small-town Georgia. It’s basically Friday Night Lights but with wrestling, and it’s phenomenal. It’s worth at least a one-month subscription to Starz to watch the first season.

Starz renewed the series soon after it aired, but we haven’t gotten any updates on it. Until now. Stephen Amell (Arrow), who stars in the series alongside Alexander Ludwig, Alison Luff, Chris Bauer, and showrunner Mike O’Malley, was on the Inside of You podcast with Michael Rosenbaum and provided a status update.

Amell said that shooting on season two wrapped last July, and O’Malley is putting the finishing touches on the season two finale now. However, the reason why there isn’t a release date or a trailer yet is because Lionsgate and Starz — who merged a few years ago — are untangling their partnership. “As they are untangling everything, they’re figuring out which assets belong to whom.” It also means there is not yet any word on season three, although there are plans to open up a season three writers’ room.

For the record, Amell also says that this season is better than the first, which is almost unbelievable given how good the first season was. Though no announcement has been made, he does expect the second season of the series to launch in the first or second quarter of 2023.

Source: Inside of You