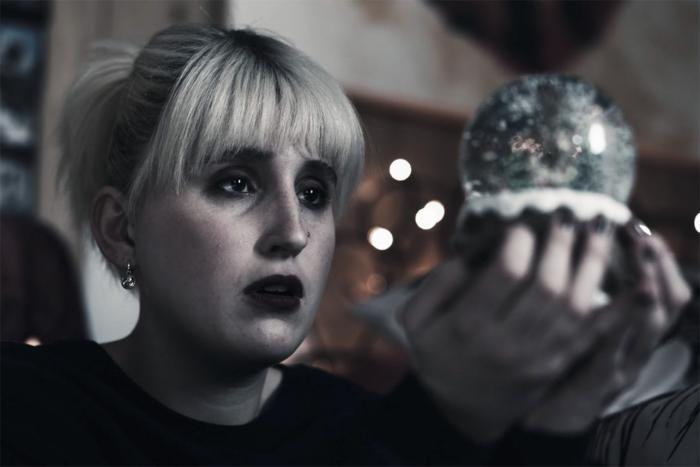 What's the Deal with the Snow Globe in 'Cruel Summer'?

There are two episodes remaining of Cruel Summer, but the eighth episode introduced a new piece of evidence that may shake Jeanette’s defamation case against Kate.

In 1993, it’s the first day of school — the day after Kate Wallis’ birthday — and Kate is absent from school. We know why — she showed up at Martin Harris’ house the night before and asked him if she could crash at his place after she had a fight with her mother. Joy arrives at school the next day looking for her daughter, although she asks Martin Harris to keep it on the down-low, which Martin is all too happy to do, since Kate is hiding away in his home. I’m not sure it’s legally crossed the line into kidnapping yet because Mallory — though she didn’t know it — had video footage of Harris tripping over his sprinklers that morning, which she had planned to air to the entire school before Harris caught her. What Mallory didn’t know, however, was that you could see a barely perceptible Kate Wallis in the window. Martin, however, destroyed the tape in 1993, and presumably, there’s not another copy. 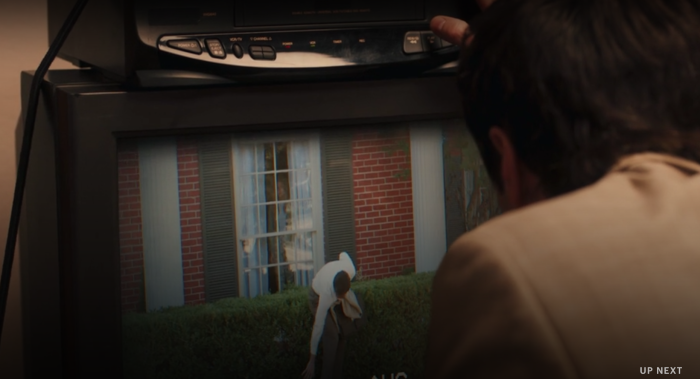 On that same day in 1993, Jeanette and Mallory’s friendship also falls apart when Jeanette pushes back at all of Mallory’s bossiness/bullying. (It’s about time). Jeanette — who had her braces removed and was complimented on her smile by Jamie — feels emboldened to find new friends and is also weirdly excited to overhear the news that Kate is missing. She tries to use the intel as a way in with Kate’s mom, Joy, offering to help her in any way she can (Joy rebuffs her) and also lets Jamie know that Kate is missing. This is almost certainly where Jeanette angles to fill the void left by the missing Kate Wallis, eyeing it as an opening.

In 1994, Vince and Ben romantically bond over the fact that they both lost their mothers. Jeanette, meanwhile, is now an outcast at school. Though Jamie punched her in the face two months before, he’s now feeling guilty, which is compounded by the fact that Jeanette is being newly bullied at school. Jamie feels so bad that he endeavors to drive to Jeanette’s house to apologize, but the liquid courage he drinks in advance results in a car accident that ruins the athletic career of Jamie’s passenger, Ben. When Vince reaches out to Ben as he’s getting into an ambulance, however, Ben rebuffs Vince, because he’s not ready for the world to know that he’s gay.

The real action takes place in 1995. Jeanette has dropped out of school. Cindy is trying to make amends with her daughter, but Jeanette largely rejects her. Cindy is right, however, to warn Jeanette about suing a kidnap victim, because win or lose, it won’t go well for Jeanette (especially since Jeanette now plans to reveal that Kate voluntarily entered Martin’s home).

Jamie, meanwhile, apologizes to Jeanette for being an asshole to her and confesses that he was on the way to her house to apologize the year before when he got in the car accident. He also reveals a tape recording of a phone call on Christmas Eve 1993, which he thinks may have come from Kate. It’s a weird recording and it’s hard to tell what’s going on, but Jeanette seems to recognize a tinkling sound on it. She jumps up and drives to Mallory’s house and demands she return the snow globe. Mallory insists she threw it away, but after Jeanette leaves, Mallory digs it out from under her bed.

What does it mean? We’ve apparently seen that snow globe before. Here’s a picture, via Reddit: 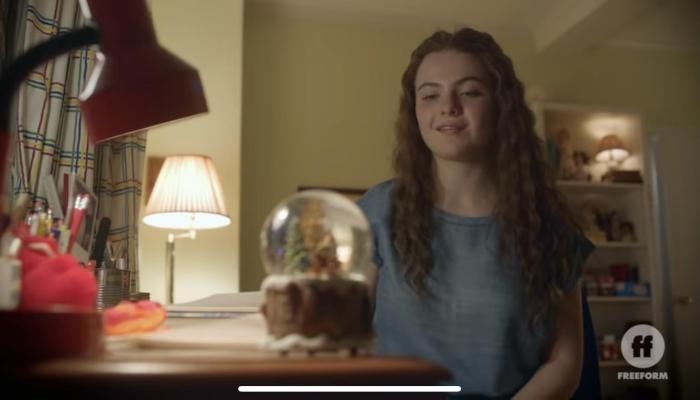 Jeanette has her braces off, but her hair is still curly. So, that image is from sometime between 1993 and 1994.

Theory: Jeanette broke into Harris’ house again and stole the snow globe sometime after Kate left the voice mail for Jamie on Christmas Eve. Jeanette offered the snow globe to Mallory in an effort to reconcile. Jeanette wants the snow globe back from Mallory now because — along with the voice mail — it proves that Jeanette was again in Harris’ house after Christmas Eve 1993, which obviously lends credibility to Kate’s allegation that she saw Jeanette while she was being held captive. The question is: Did Jeanette actually see Kate, or do we return again to the one-way mirror theory?

Next week, it looks as though we will find out exactly when Kate’s stay at Martin Harris’ house became involuntary.