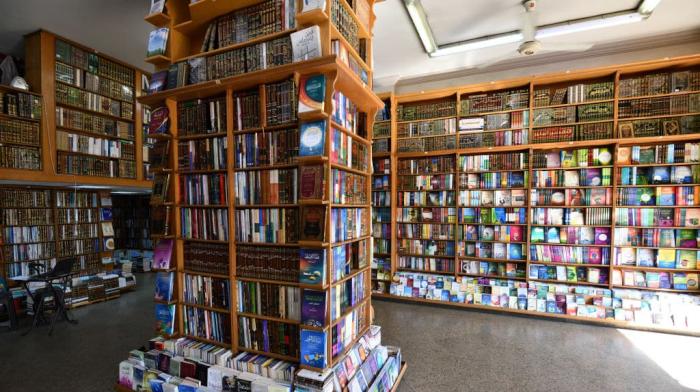 The Pajiba May 2021 Book Recommendations Superpost!

Welcome back to your monthly book post. Summer is just around the corner and I for one am craving the opportunity to read while lying on the grass and drinking something refreshing. I’ve never had this urge before as a dedicated indoors person, but that’s what lockdown fever does to the brain. I may invest in a parasol. Let us know in the comments what you’re currently reading, what your Summer book plans are, and any recommendations you wish to make.

Did you hear the one about the classic Canadian novel where a woman f**ks a bear?

No, seriously, it exists. I’ve had my eye on Bear for a very long time, basically since I discovered it existed. As the monster-f**king expert of the now-defunct SYFY FANGRRLS (rest in peace), I eagerly hunt down stories of taboo sexuality, especially when they deal with the speculative. This book, obviously, isn’t exactly The Shape of Water. Rather, this is a story about isolation and a search for meaning, both personal and cultural. And there’s bear-f**king.

Lou is a shy librarian who has little to live for beyond archival duties and bad sex with her boss. She finds herself in the wilderness living in the vast but empty estate of a former noble person who left everything to the Heritage Institute Lou works for. It’s her job to catalog everything and see if this dead guy had anything of worth that they could use. Said estate also has a bear on it, and soon, Lou begins to crave his company. She yearns for so much and it manifests as a desire for companionship with this immense and dangerous creature with whom she cannot truly communicate.

I promise you that Bear is nowhere near as salacious as that concept sounds. It’s a genuinely serious piece of work that takes a totally ridiculous concept and spins some sort of magic from it. Marian Engel has no concern for giving the reader easy answers or catharsis with her tricksy concept. You can decide for yourself if this is a story about environmentalism, an exploration of the limits of repressed sexuality, a black comedy thought exercise, or something altogether more perverse. Maybe it’s all of those things or none of them. For Lou, the answer doesn’t seem to matter.

It’s 1894 and the Old West has never been more fraught with danger. The problem isn’t bandits or outlaws, however. It’s patriarchy. The new America is one dominated by preacher eugenicists and witch hunts aimed at weeding out barren women. If you can’t have children, you’re hanged as a witch. Ada is only 17 but as the daughter of a midwife, she knows that this system is unfair. That doesn’t save her when, after a year of marriage, she is still without child. She eventually runs away and finds herself joining up with the Hole in the Wall gang, a band of outlaws who are familiar with her situation. Many of them are women cast out of society, deemed dangerous or sick because of reproductive tyranny, but they refuse to give up on life.

Anna North wrote one of my favorite books of the past decade, The Life and Death of Sophie Stark, which revealed her keen eye for stories of unruly women who are reduced to easily palatable types by those around them. Outlawed covers similar ground but with a high-concept focus. North’s ambition is evident in how she takes on issues of gender, sexuality, reproductive justice, religion, homophobia, and so on. Sometimes, however, it seems as though her lofty aims are just out of reach of her grasp. While I appreciated that she avoided the lurid pitfalls that a concept like this so easily could have fallen into, the whole of Outlawed, as readable as it is, often feels like it’s less than the sum of its parts. It will definitely make for one hell of a TV show, and yes, one has already been greenlit. With Amy Adams!

Bookseller book of the month! pic.twitter.com/gA9io0N62J

The set-up seems familiar: A young boy living a meager existence in a mysterious walled city ruled over by an enigmatic master begins to explore his magical powers. We’ve all read that story before. If the fantasy genre were instructed to avoid that trope, the industry would probably crumble. So, what makes this book so different? Well, everything else. Alex Pheby’s Mordew is the beginning of a new trilogy that seems primed to be adored by fantasy readers the world over. Imagine the social realism of Dickens plus the twisty gothic surrealism of Gormenghast, add a touch of Miyazaki’s melancholy, then all the post-Dune subversions of the chosen hero’s journey. Oh, and also Nietzsche’s philosophy of God being dead. But make it literal. Confusing? Don’t worry, it’s worth it.

Nathan Treeves lives in the mud-caked slums of Mordew. His father is dead. His mother has just sold him to the Master of Mordew. And he has the inexplicable power to create living things from the inanimate. Pheby’s first foray into fantasy is a dense but vivid portrayal of ideas that may seem familiar but are given a sharp, fully leftist focus. The baroque and often highly grotesque sensibilities of this world combined with the author’s keen awareness of the genre’s various expectations in ways that fascinated me. We’ve all read stories about how power corrupts but in Mordew, the real danger is in how it numbs. Nathan grows in stature but doesn’t embrace his strength so much as he allows himself to grow blissfully ignorant with the privilege it brings.

There are sharp one-liners and moments of pure disgust and a talking dog and debts that must be repaid and an ending that had me wide-eyed in the best way possible. Published by the celebrated indie team at Galley Beggar Press in the UK, Mordew will be released in the U.S. by Tor this September. You should buy it.

Leather and Lace by Magen Cubed

🧛An unlucky vampire.
🎤A monster hunter with a golden voice.
🔪A man-eater on the loose.
💘A queer urban fantasy & paranormal romance for those who like love stories with teeth and claws.

Look, I am a very simple woman. I see a romance novel with vampires in it and I pick it up. I see books being compared to Hannibal and I hit ‘buy’ before my brain even registers the decision to purchase. Combine the two and you should be grateful I didn’t start screaming with joy in broad daylight.

Dorian Villeneuve isn’t your typical vampire. He’s an anxiety-smothered wreck constantly on the verge of eviction with only his emotional support chihuahua to lean on for help. He crosses paths with Cash Leroy, a monster hunter who barges into the bar he works in and kills some very bad vampires. It only makes sense for them to join forces and become bounty hunters for hire in a world populated with the undead and shifters of all kinds. Their latest target is a were-deer with a taste for human flesh. The Hannibal comparison is pretty surface level, although all of the antler references were definitely someone’s design. Mostly, this is in the proud tradition on urban fantasy, not unlike the Mercy Thompson series or Anita Blake before they went bugf*ck. There’s room for this story to grow into that level of expansive world-building, especially with its intriguing take on the intersections of monsterdom and poverty (shock horror, the humans like to keep vampires to the slums.) It’s definitely Me Catnip, although some of the smaller details really could have used more room to breathe. Whatever the case, sign me up for sequels.

(Thanks to the author for sending me an e-ARC of this novel.)

I'm late to the party, but I finally watched Christian Petzold's Transit (2018), based on Anna Seghers's novel of same name (tr. Margot Bettauer Dembo). The film has a Hitchcock meets Kafka feel, and is stunning in its deft exploration of displacement and the plight of refugees. pic.twitter.com/i3Qc1vVQzK


One of my favorite films of the past decade is Transit, Christian Petzold’s drama about a Jewish German runaway trying to escape France as the rise of an ultra-right-wing government takes root across Europe. That film was set in the modern-day and never called its fascist powers the Nazis but the subtext was clear. The novel it’s based on, however, is about the rise of the Nazis in the 1940s. given how much I adored Petzold’s film, I was keen to see how much its ‘Kafka meets Casablanca’ concept changed when viewed through its original lens as a contemporary realist text.

Our nameless protagonist finds himself in the most aggravating and dehumanizing of conundrums. Stuck in Marseilles, the last seaport still allowing people out of the country, he must find legal means to get out of France. He finds himself in endless waiting rooms, looking for passage out of the country that wants him gone yet won’t let him leave. He and his fellow refugees try desperately to escape this bureaucratic minefield. Transit explores war from an oft-overlooked perspective and one that has sadly never stopped being relevant or necessary. Our protagonist shares his cynical, often bleakly funny thoughts on the dehumanizing nature of his predicament and its existential pain. This is a languid novel that forces you to understand the agony of the wait that these characters must endure. Indeed, the neglect, much like the cruelty, is the point. That Seghers wrote this in the middle of the Second World War having fled both Germany and France over the space of a decade adds another layer of force to the narrative.

← Dom vs The Dinosaurs: Could There Be a Fast & Furious/Jurassic Park Mashup? | What's the Deal with the Snow Globe in 'Cruel Summer'? →