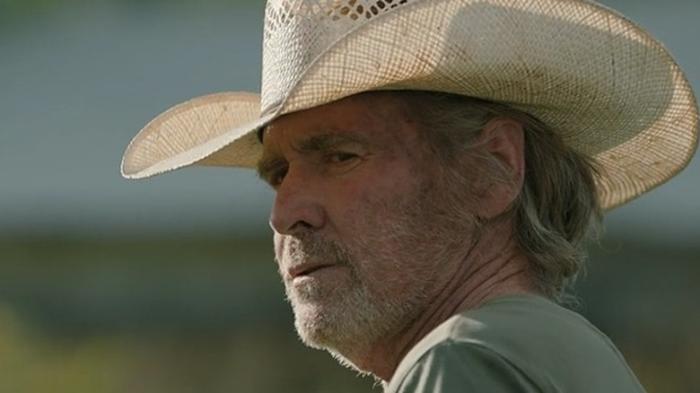 The Outsized Importance of Montana in 'Yellowstone,' and Jamie Discovers Who Took the Hit Out on the Duttons

Yellowstone is an oddly unique series with regard to what motivates the characters. We’ve talked about its parallels with Succession, but where the Roy family wants power, money, and influence for their own ends, the Duttons need power, money, and influence to protect their ranch, a place that they admit themselves brings them “no peace.” Yet, the Dutton kids — like the Roy children — remain steadfastly loyal to a father who often treats them like sh*t, and who abuses them as a way to assert control.

I don’t know much about Montana, but the end goal of Yellowstone and the Dutton family — aside from hanging on to the ranch — appears to be to make Montana the new Colorado, a tourist destination for wealthy people with ski resorts and more casinos than the 10 that already exist in a state of only 1 million people. I do not often think of Montana, but it’s wild how outsized the importance of a state with only two House Representatives is in Yellowstone. The capital of the state only has 35,000 people in it, but in the series, the state is often treated like it’s about to be taken over by developers who will destroy the state.

No offense to Montana, but there are only 6 people per square mile in a state where much of the land is inhospitable to developers, so the threat to the Dutton ranch often feels overblown. When characters repeatedly talk about the imminent destruction of a way of life, I often think 1) isn’t that “way of life” the only thing that attracts people to Montana, and 2) it’s the fourth largest state in the country and barely has any people in it. Can’t casino operators and ski resorts find someplace other than the Dutton ranch to build? Honestly!

None of that has much to do with this week’s episode beyond the running commentary in my brain while watching the series. This week’s episode continues to follow Jimmy to the 6666 Ranch in Texas (the home of the spin-off) where — even before he arrives — it feels like Jimmy is starting to let go of Yellowstone and see this new ranch as the opportunity John Dutton meant it to be. Jimmy is finally gonna learn the lesson of cowboying: Do it for the horse. “It’s you and a horse trying like hell not to let each other down,” the character played by Taylor Sheridan himself tells Jimmy.

I do not care about horses or the land or cowboys or this way of life, and yet I’m strangely compelled by 6666.

Back at the ranch (literally), Kayce has finally recognized that the only way his wife and kid — who have been holed up in their room for weeks since Tate had to kill a man to save his mom — will ever speak to him again is if they leave Yellowstone, so he decides to take Monica and Tate back to the reservation, much to the dismay of John, who asks why it is that the only way his kids can find happiness is to leave the ranch? Being shot at, kidnapped, and nearly killed every other week probably has something to do with it, John.

Lloyd and Walker, meanwhile, get into a petty power struggle while corralling horses, and Lloyd — in an effort to establish dominance — takes a few swings at Walker. Rip quickly puts the kibosh on that by beating the hell out of Lloyd while simultaneously reminding him that there is no fighting on the ranch, a lesson this series has already taught us a couple of times before. Rip’s still dealing with the orphan kid that he and Beth brought in with “tough love,” which mostly amounts to berating the boy and dropping bits of country wisdom like, “There are two paths in life. One is you’re winning and learning, and the other is you’re failing all the way to the grave.” It’s dumb, but goddamn, Cole Hauser can sell the hell out of a platitude.

Elsewhere, Beth has a new nemesis/potential business associate in Jacki Weaver’s Caroline Warner (replacing Sawyer from Lost), a billionaire no-nonsense CEO of Market Equities who wants to come in and “sell a fantasy of the West,” the state’s “only asset of any value.” She wants an insider in Beth to help her facilitate that, but Beth’s price is steep: Market Equities’ controlling interest in Schwartz and Meyer, the bank where Beth used to work. Beth wants to bankrupt Bob Schwartz (Michael Nouri) and put his grandkids on welfare. Caroline seems amenable to the deal because she thinks that Beth can make Montana “the fastest-growing state” in the country. “Behind every milestone of human history stands a monster,” Caroline says. “And [Beth] is our monster.” Beth will oversee all development projects in Montana for Market Equities while also handling Yellowstone’s efforts to branch out beyond cattle.

The big shock this week came in Kayce visiting Jamie (Wes Bentley), who is also the acting Attorney General. Though Jamie is estranged from John, he’s still in his father’s grip, and Kayce wants a favor: Look into Riggins, the prison con who ordered the hit on the Dutton family. Jamie does exactly that, finding that the prison con was paid a visit by Garrett Randall.

If that name doesn’t immediately ring a bell, it’s because he’s been right under our nose. Garrett Randall (Will Patton) is Jamie’s biological father. He killed Jamie’s biological mother and did a stint in prison for it, although Garrett claims that he killed her to protect Jamie from his mother’s influence (she was a drug addict). After John exiled Jamie from Yellowstone, Jamie and Garrett began to bond. In fact, Garrett helped Jamie purchase a ranch two episodes ago, and in this week’s episode, it appears that Garrett now lives with Jamie (or at least cooks for him).

Why would he kill all the Duttons? That’s not entirely clear, but probably because of the way the Dutton family has treated Jamie, his adopted son. But also, if he killed all the Duttons except Jamie, Jamie would stand to inherit the ranch, which would be good for Garrett now that he and Jamie are in good stead. The revelation, naturally, will test Jamie’s loyalties to the biological father who loves him and his adopted family who abuses and exploits him.

I think we all know where Jamie’s allegiances ultimately lie, and I suspect Jamie will think that selling out his biological father will finally win him the love of John Dutton that he craves so much. He is dead wrong, but it will be another hard lesson for Jamie.