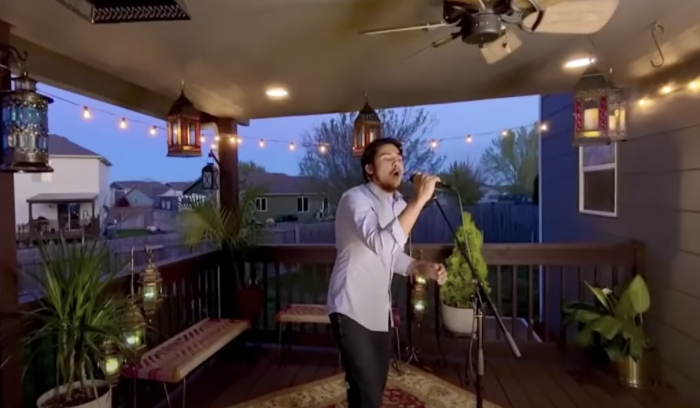 I have not watched American Idol in many, many years, but I do know that it is still on the air, although it has switched networks, to ABC. I also know that the back half of each season — or at least, the last few shows — are live, and I have wondered how the series would be able to pull that off in the social-distance era.

By using a lot of creativity, apparently. It is no longer “live,” for one thing. Meanwhile, the American Idol band and back-up singers record arrangements separately from their homes and send them to the contestants. Those contestants, meanwhile, are given three iPhones, a lighting kit, and a professional microphone, and producers help them stage the performances from multiple angles in their homes. The judges, finally, provide feedback via Zoom from their respective homes.

It’s not the same experience, particularly without a live audience. However, the production values are better than we might have expected. Shows — like SNL — are figuring this out, and given the possible obstacles to filming scripted projects, we might need to get used to this (although, Mickey Rourke just managed to complete shooting a movie under social-distancing conditions in Latvia).

All of this is going to look so weird someday. Here’s a sampling of what American Idol looked like with its first “live” show last night:

The judges are still very good at blowing smoke.

← In Images: What Re-Opening Looks Like Around the World | 'What Movie Could Have Been Much Shorter if the Main Character Just Used Some Common Sense?' →