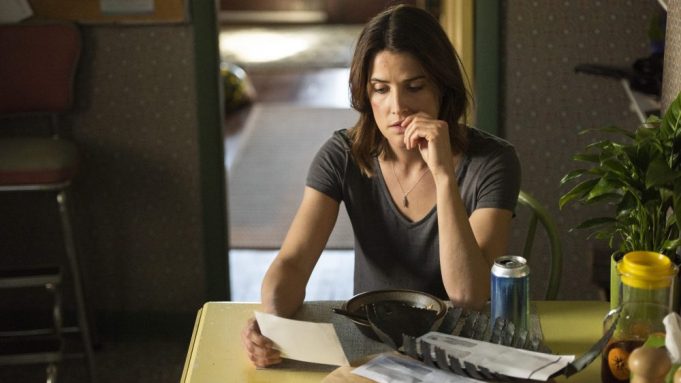 None of your favorite shows will actually be canceled — it’s just the long-running headline of this ratings feature, dating back to when networks used to cancel shows we loved — primarily because I’m here to talk about the new fall shows. Hopefully, none of you have gotten too attached unless you are attached to Stumptown (I am!), which is looking good after seven-days of DVR viewership.

In fact, overnights ratings for basically everything excluding NFL football and The Masked Singer suck these days, because no one watches TV when it airs. Every year, people who write about ratings look at the overnight ratings for new fall shows and scream, THE SKY IS FALLING, and then bemoan that The Sky Is Falling won’t get six seasons and a movie. It’s true. Overnight ratings are miserable.

However, if you look at ratings after seven days of viewership, you see that a show like This Is Us is still seen by 13 million people, which is more people than watched The Office, which is now a show for which streaming services would pay $100 million. People haven’t stopped watching TV. They’ve just stopped watching it live. Shows like New Amsterdam, 9-1-1, The Good Doctor, FBI and Grey’s Anatomy are still watched by 10 million people after 7 days of DVR viewership, and that doesn’t include the people who watch those shows a year later on a streaming services.

There does, however, still seem to be a bigger barrier for entry for new shows these days. Television shows now operate like the cult movies of the past: Overnight ratings are meaningless, but a strong passionate fanbase is crucial to help a series grow over time and become valuable in its second and third season, or when it’s licensed for streaming networks.

Among new shows, it appears that Prodigal Son is faring the best, so far. After 7 days, it’s sandwiched between A Million Little Things and Young Sheldon with a 1.8 rating among the 18-49 demo.

For reference, above 3.0 is the rarified category of shows like This Is Us and Masked Singer, above a 2.0 is for big hits like New Amsterdam, The Voice, and Grey’s Anatomy, and between 1.5 and 2.0 suggests a strong show. Shows that fall below the 1.0 mark — where Dancing with the Stars currently sits — are those shows less likely to survive another season.

Prodigal Son’s 1.8 is a very good number for a new series. It’s slightly ahead of Stumptown, which received a 1.7 rating in the 18-49 demo. Emergence is another tick behind at 1.6, followed by Mixed-ish at 1.5.

It gets slightly less friendly but still OK with Evil (1.3) and Walton Goggins’ series, Unicorn (1.3). Those numbers are even with The Good Place, for comparison’s sake. (The Good Place is not a super popular show on commercial TV, but it does really well on streaming platforms).

We get into more dangerous territory with the awful Bluff City Law (1.2) and even worse with All Rise (1.0). Those are ratings that basically scream, “ONE SEASON.” Beyond that, it gets really dicey with Perfect Harmony (.8) and Sunnyside (.7), which would be dismal enough to get them canceled in an earlier era of network television when series got canceled (now they just finish out their 13-episode orders and disappear into the ether).

All of these ratings, of course, are from premiere week and illustrate what shows viewers were most willing to check out. Second-week numbers will be even more important to determine how many of those shows held onto viewers, and how many had steep drops.

However, based on first week numbers, it looks like the two new hits of the fall, so far, are Stumptown and Prodigal Son. Emergence is fine, too, although I have a sneaking suspicion it will lose a lot of viewers in its first three weeks (I’ll admit, I haven’t gotten around to watching this week’s episode). Evil also needs to gain a following rather than lose viewers to survive long term, while Perfect Harmony and Sunnyside are probably cooked. (All Rise and Bluff City Law are not even in the conversation).

← Meghan McCain Screams About Kurds, But Refuses To Back Impeachment | 5 Shows After Dark: 'Legacies' Season 2 on The CW, 'Supernatural' 15th Season Premiere →