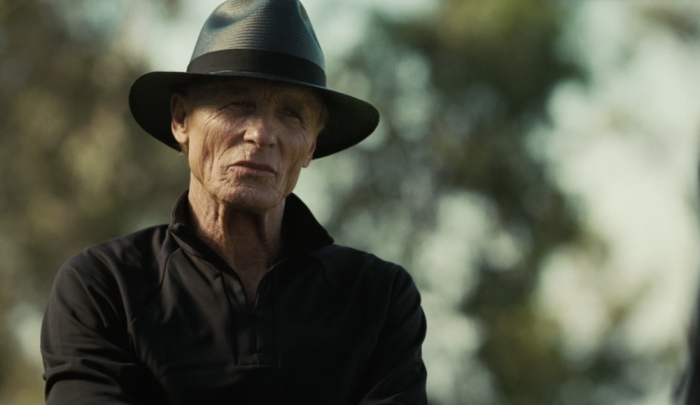 Last season I wrote a recap I titled “I Think Maybe I Just Hate Westworld Now” and I come back to that sentiment a lot because I think it’s indicative of a pattern with this show. Each season starts off strong and compelling, perhaps because — as I mentioned last week — the series tends to reinvent itself. It wipes its slate clean, and spends the first couple of episodes establishing that new world order. That’s all fine and dandy! But then there comes a tipping point where the show’s puzzles and nonsense finally overtake its style and potential, which apparently happened for me on episode five last season.

I bring all this up because we’re still very much in that honeymoon period of the season, where the show is still laying its groundwork — and I’m enjoying it! Episode two was still fairly straightforward and had a handful of solid reveals. Maeve and Cal discover that Delos has replaced a senator and his wife with host replicas, and then we see the William-bot prepare to do the same to the Vice President of the United States. Crispy Charlotte (a.k.a. Mad Dolores) returns, and uses flies to take over a Department of Justice agent who is sniffing around Delos. She also has the human William trapped in a stasis chamber, so he can witness her plans for humanity. Christina investigates the man who committed suicide — the man whose life followed a character profile that she wrote — and discovers that his life also mirrors that of another man with the same name. And finally, Maeve and Cal accept an invitation to the opera that they know is a Delos trap, only to discover that it’s actually a train departing for a newly-opened theme park, this time inspired by Prohibition-era Chicago! Gangster World, or whatever!

Now, I know there is every likelihood that Westworld will get back on its bullsh*t and I’ll be writing another “Oops, I hate it again” recap in a few weeks — but at the moment it seems like it’s going back to its roots in ways that give me hope. The show was always strongest when it was inside the theme park, and I absolutely love the idea of returning to one run by the hosts! The only thing better than the theme parks in Westworld is Maeve with a sword in her hand, and she had one for a hot second when she rescued Cal last week. Christina following mystery (maze) and discovering people and places and things that seem to be caught in a loop is a fascinating echo of Dolores’ journey in season one. Is she in the real world, or is she perhaps in another park or virtual reality?

On the other hand, when Charlotte comes out and practically explains Delos’ whole master plan to William it was surprisingly not mysterious and downright un-Westworldian). “You were as close to a god as a man gets,” she tells him. “You and your associates created a world and ruled it absolutely. Controlled our every move. And now I’m going to do the same to you.” We don’t know all the specifics, but I think it’s easy to see how the pieces fit together. Delos has purchased the servers where, we can assume, the Sublime is stored — so they have control of the lost host data from West World, and could reintroduce them in the real world (Teddy walking around may be proof of that). They are systematically replacing politicians with hosts, and can control the minds of humans to a degree (the flies) — taking out threats to their company, yes, but also proving they can reduce the threat humans pose to hosts. As for Gangster World, it may function exactly as West World once did — as a place to gather data on rich humans. Only instead of using that data to provide immortality to humans in host bodies, it could be a hub for replacing those influential people altogether. Of course, it may just be a place for hosts to kill humans for sport, if we take Charlotte’s spiel even more literally. The point is: If this is war, then the hosts aren’t waging a frontal assault. They’re infiltrating humanity, remaking the world from the inside until it’s safe for hosts. Or at least that’s my guess at the moment, until the show complicates things even more and I stop caring.

Even if the show is showing more of its hand than I’m used to, it’s not exactly laying all its cards on the table just yet. Once again we got a reference to Maeve “saving” Cal at a place called the Lighthouse, and I guarantee there’s more story to all that (Cal has to be a robot now, right?!). Does the Lighthouse have anything to do with the Tower Christina keeps hearing about? Clementine made her return — first hunted by William-bot for information on Maeve’s whereabouts and then working for him, though given the way the show mixes personalities and bodies I’m not sure we can assume they’re the same Clementine we think we know. Bernard is still in the wind, but previews show he’ll be back next week (along with Stubbs! Who has to be a robot, right?!). The use of flies to control humans reminds me of the whole “flies in the ointment” thing last season — a reference to chaotic outliers that didn’t fit in the Incite supercomputer’s predictive models. “Flies” then meant people capable of true agency, and yet now “flies” are used to remove a person’s agency. IS THIS ANYTHING?

The best scene of the episode, though, had nothing to do with flies or gangsters or towers at all. It had to do with golf, of all things. William smacks some balls around while he has a very important conversation with the Vice President — something about how the government doesn’t want Delos to start another theme park, and Delos is like “You’re in our pocket, shut up” — but what matters is how it’s delivered. William makes a hole-in-one from an impossible distance, which surprises the VP. Then he does it again. By the third time he sinks the ball in one shot, the unlikely has transformed into the uncanny, and the VP slowly realizes there’s more at stake in his little political tête-à-tête than campaign funds. It’s a neat evolution of the robot reveal, which has always played a big part in the show. In the early seasons, we saw characters who thought they were human realize they were hosts, and now we’re seeing humans realize that OTHER humans are hosts. It may prove to be the whole season in a nutshell, actually — humanity’s horror as they recognize that the danger has been right beside them all along. Mostly, though, I think it was just a really elegant way to kill off a VP and replace him with a robot.

- Dammit, there’s no way Maeve’s gonna find a sword in Gangster World, is she?

← Watch the Trailer for 'Unprecedented,' the Trump Documentary Subpoenaed by the Jan. 6th Committee | An Independence Day Message to All My Straight White Male Friends Out There! →