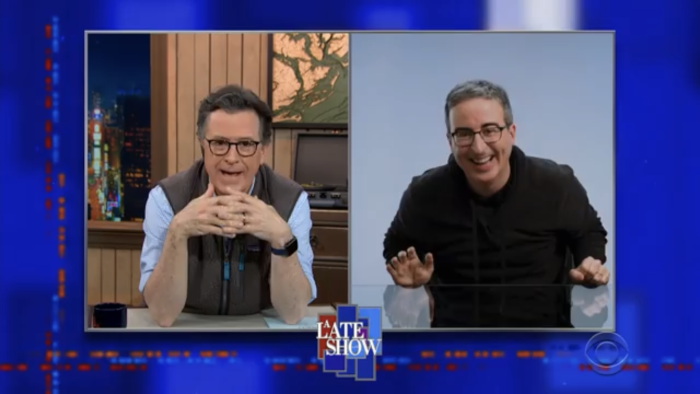 After a hiatus that feels like it took forever, John Oliver’s show Last Week Tonight is returning this Sunday. That, in and of itself, is great news. To add a nice cherry on top, it also means that Oliver is making the rounds, press wise, so we get to see him show up on A Late Show With Stephen Colbert! Colbert and Oliver talked for over twenty minutes and every second was a delight.

This was Oliver’s 13th appearance on the show and the chemistry between the two has never been stronger. It feels less like your standard late-night interview and more like old friends having fun. They talk about everything from The Muppets, to football, to the impeachment over a whopping THREE separate video clips (most late-night interviews end up with one or maybe two) and yet they still breeze right by!

In the before times, when audiences were allowed at shows, I went to see a taping of Colbert and practically plotzed when Oliver was brought out as one of the guests. It was a surprise segment that they were taping for another night and I can tell you that it’s just as fun seeing them in person. They seem to truly enjoy each other’s company and it’s infectious.

Here’s me at Colbert’s desk that night, trying to act cool while my good friend Mikael adds the appropriate amount of weirdness to the situation. 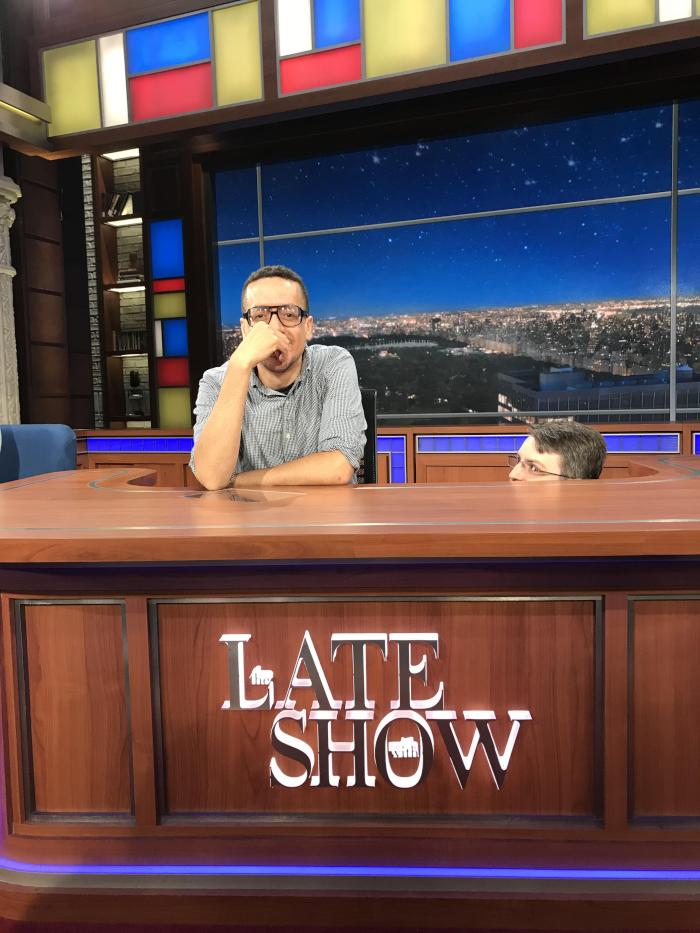 So, enjoy a delightful convo between two talented and hilarious hosts. Heck, go back and watch old interviews between the two. It’s worth your time and will get ya nice and hyped for Oliver’s return on Sunday!

← Glamour Magazine Apologizes to Britney Spears for Years of Media Mistreatment | How You Can Enjoy MoMA's Virtual Cinema Slate: The Future of Film Is Female, Part 3 →