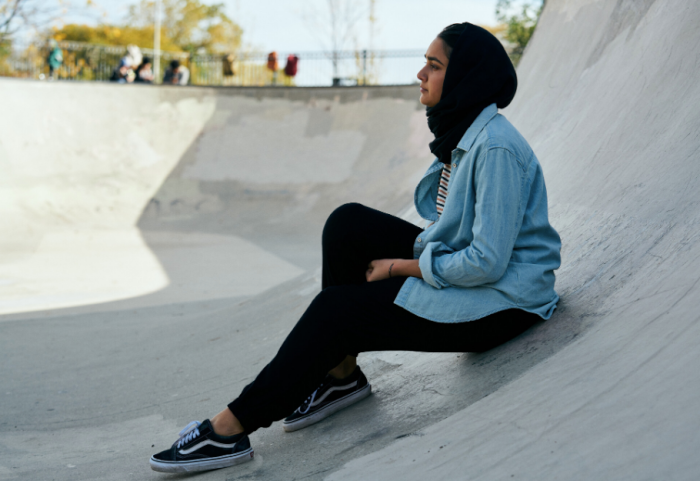 How You Can Enjoy MoMA's Virtual Cinema Slate: The Future of Film Is Female, Part 3

Museums and movie theaters have faced an incredible challenge in these COVID times as they’ve been shuttered or seen attendance plummet. However, some venues have gone virtual, allowing audiences nationwide to partake in incredible film series from the comfort and safety of their homes. Coming soon, New York City’s esteemed Museum of Modern Art is kicking off a screening slate we wager you’ll love: The Future of Film Is Female, Part 3.

Running Feb 11-23, this exhibition of female-directed films boasts a string of movies we’ve revered. Here’s a rundown of the bold, the beautiful, and the must-sees.

Hala: Dir. Minhal Baig
“Hala is a film so precious and poignant that I’ve been afraid to write about it. The pressure upon creators of color to please all people of that group when creating art about it is immense, and when I saw Hala at the Toronto International Film Festival this year, one of the first questions to filmmaker Minhal Baig was about the film’s presentation of a Muslim family. A loving-but-strict father. A misunderstood mother. A yearning-for-difference daughter. The person asking the question was criticizing Baig for what they thought was a stereotypical depiction of a Muslim family, and I remember thinking, ‘How nice of an adolescence that person must have had, if they never struggled with any of this.’” —Roxana Hadadi

The Half of It: Dir. Alice Wu
“Wu delights in setting up her whip-smart heroine and the goofy buffoon who is destined to be her bestie. Lewis brings a nuanced pathos to this guarded girl, who snarks and side-eyes to keep more rejection and heartache away. Then comes Diemer, with a mop of curly hair and the open-mouthed grin of an eager golden retriever. The repeated clash of scowl to smile, cynicism to hopefulness makes for a lot of fun as the pair plot a romance and lightly stalk Aster to transform Paul into her dream guy. Yet, the best bits of The Half of It are scenes where Ellie lets Paul into her world.” —Kristy Puchko

Miss Juneteenth: Dir. Channing Godfrey Peebles
“At once a portrait of a woman, a relationship, and a community, Miss Juneteenth feels at once intimate and expansive. Heartwarming but realistically bittersweet, it’s a subtly layered and nuanced portrait of Black womanhood, about having the audacity to dream and pursue something for one’s self, and a shining debut from an up-and-coming filmmaker who ought to be on your radar.” —Ciara Wardlow

Relic: Dir. Natalie Erika James
“It’s a stunningly confident first film for James, who asserts herself as an up-and-comer to watch. At once genuinely unsettling and emotionally compelling, Relic plays like a terrifying, grown-up version of The Giving Tree in that it will leave you deeply unsettled—and feeling more than a bit guilty if you haven’t called your mom in a while.” —Ciara Wardlow

Save Yourselves! Dirs. Alex Huston
Fischer and Eleanor Wilson
“We’ve become addicted to our phones. With their glittery apps of eternal scrolls through memes, news, and FOMO-inducing snapshots, we are their prisoners. Maybe this is hurting the intimacy IRL. Maybe you yearn to put down your phone and pick up with your partner. That was the goal of one Brooklyn couple, who took a week off for relaxation, reconnection, and absolutely NO PHONES. Then the apocalypse hit, and they were not informed. This is the delightfully deranged premise of Save Yourselves!, a creature-feature that blends horror and sci-fi with observational humor to hilarious effect.” —Kristy Puchko

She Dies Tomorrow: Dir. Amy Semeitz.
“What would you do if you woke up knowing you were going to die tomorrow? Writer-director Amy Seimetz (The Girlfriend Experience, Sun Don’t Shine) adds a new dimension to this compelling hook by making the thought contagious in a way that feels unsettlingly relevant in our ongoing Covid era.” — Ciara Wardlow

Shirley: Dir. Josephine Decker
“Decker’s directorial chops are undeniable. Sturla Brandth Grøvlen’s darkly dreamy cinematography hits all the right notes. Sarah Gubbins’ screenplay is solid even if somewhat self-indulgent in its navel-gazing, as is only befitting its academic ivory tower setting. Moss is great, as usual, as is Michael Stuhlbarg as the gregariously charming but quietly repulsive Hyman, and their utterly toxic and yet strangely reciprocal partnership is easily the most intriguing relationship dynamic on display.” —Ciara Wardlow

For the full slate and details on how to participate, visit MoMA’s website.