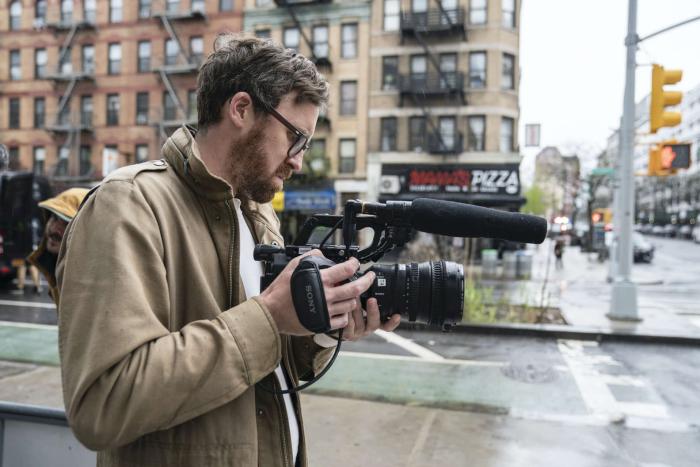 We didn’t talk much about HBO’s How to With John Wilson when it premiered during the pandemic last year. It’s a difficult show to write about because it doesn’t fit neatly into any category. It’s like an episode of The Simpsons in that each episode starts one place but goes on surprising journeys to somewhere completely unexpected. It was a favorite among those of us on the Podjiba podcast: It appealed to Dan’s comedy sensibilities, my love of humanism and pathos, and Tori’s penchant for the weird and esoteric. It was also one of the best shows of 2020.

How to With John Wilson is a documentary series about unexpected topics hosted by a narrator we never see. The second episode, “How To Put Up Scaffolding,” did a fascinating deep dive on the omnipresent scaffolding on the sidewalks of New York City, while the finale — “How to Make a Risotto” — was a heartwarming examination of the kindness of strangers. There’s one episode, “How to Cover Your Furniture,” where John Wilson somehow ends up interviewing a circumcised man who demonstrates how he makes his foreskin grow back. It’s hilarious, but also touching and philosophical, but never obtuse.

It is a riveting series, and hopefully, the first season’s six episodes were watched enough over the last year to gain a larger cult following ahead of the second-season premiere on November 26th. Here’s the trailer, which captures the sensibility of the series but it would be impossible to illustrate in under three minutes the journey one episode can take you on. Watch the first season on HBO Max. Trust me. You will be surprised by how much you learn, how much you laugh, and how much the series emotionally affects you. John Wilson is like a cross between Sacha Baron Cohen and Nathan Fielder (who produced) if, instead of being aggressive and awkward, it’s lovely … and awkward, but (mostly) never cringey.

How to With John Wilson returns on November 26th.

← 'It's Always Sunny In Philadelphia' Season 15 Trailer | At This Rate We're On Track For a Catastrophic World Temperature Rise Of 2.4 Degrees →