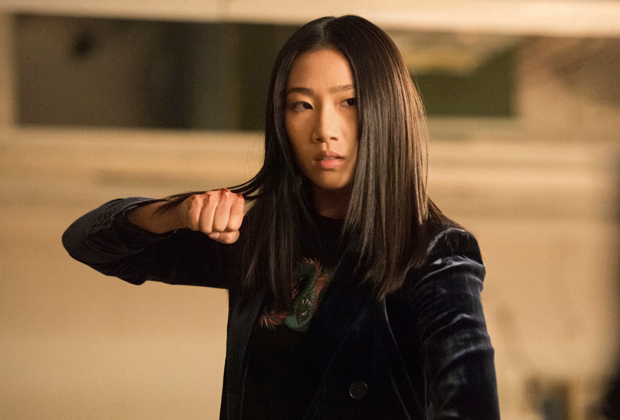 David Carradine starred in the original Kung Fu series, which aired back in the 1970s and was set in America’s Old West (Bruce Lee was apparently passed over in favor of David Carradine, which is 😬).

The CW, however, has revived the series, and this time it is not only set in the present day, but the lead is female. Olivia Liang (Legacies) stars as Nicky Shen, a young woman who drops out of college to go on a life-changing journey to a Shaolin monastery in China. When she returns to Francisco, however, she finds that her hometown been overrun with crime and corruption and her own parents Jin (Tzi Ma) and Mei-Li (Kheng Hua Tan) are at the mercy of a powerful Triad.

It’s very much in the template of The CW Arroverse show (and Greg Berlanti is obvs. a producer), but there are no superpowers here. Just physics and a lot of ass-kicking. Christina M. Kim (Lost, Hawaii Five-O) is running the show along with an almost entirely Asian cast, which is a nice change of pace compared to the original.

Here’s the trailer. It looks fun.