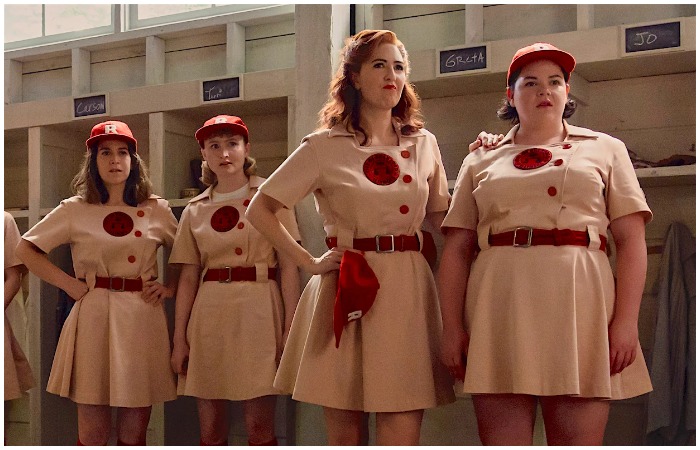 In August of last year, we brought you the news that Prime Video was making a televisual adaptation of the 1992 classic A League of Their Own (Classic? Yep! It’s 30 years old now).

As was the case the first time around, the series is about the formation of an all-female professional baseball league established while the men were away during World War II. Nick Offerman takes the Tom Hanks role, and Abbi Jacobson and D’Arcy Carden look as though they might take each other. Rosie O’Donnell apparently returns for the series, which has something the 1992 movie did not: People of color, including Chanté Adams, who appears to be playing a pitching phenom.

All eight episodes of the series will be made available on Prime Video on August 12th.