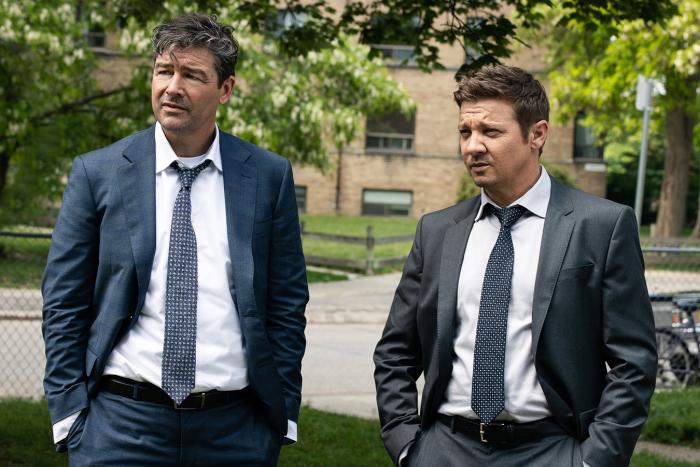 I don’t entirely understand what’s going on with Jeremy Renner’s Hawkeye in the Marvel Cinematic Universe, but I believe that his Disney+ series Hawkeye will also serve as his exit from the MCU, although his last word on the matter was, “This is not goodbye, but a see you soon.” My guess is that it won’t be that soon, as the relatively unpopular character will likely be supplanted by his protégée Kate Bishop, played by Hailee Steinfeld.

There will be a lot of Jeremy Renner #content available in November, however. Hawkeye will debut on Disney+ on November 24th, but the weekend before, his new Paramount+ series, Mayor of Kingstown will also premiere. This one comes from the Mayor of Paramount, Taylor Sheridan (Yellowstone) and Hugh Dillon, who plays Sheriff Haskell in Yellowstone. It’s a decent cast — in addition to Renner, it stars Kyle Chandler, Dianne Wiest, Aiden Gillen, and newcomer Emma Laird. It’s also exec produced by Training Day’s Antoine Fuqua.

My issue with the trailer, however, is that I have no idea what it’s about.

I watched the trailer twice, and then looked up the synopsis to find out what it’s about. It “follows the powerful McLusky family, power brokers in Kingstown, Michigan, where the business of incarceration is the only thriving industry.” Knowing that and rewatching the trailer again, even with a few shots inside a prison, it’s hard to make sense of it. What does Emma Laird’s character have to do with the issues the series portends to tackle, systemic racism, corruption, and inequality? Why does a prison need “couriers, gangsters, and fix-it men”? The trailer does contain a lot of empty platitudes spoken with deathly seriousness, so it has that going for it.

It looks like Dad TV, so I’ll give it a shot, but even being of the target demographic, I don’t find the trailer compelling. It premieres on Paramount+ on November 14th, ten days after the premiere of the fourth season of Yellowstone. In the meantime, you can also support Renner’s alimony payments by making a purchase from his Amazon store.