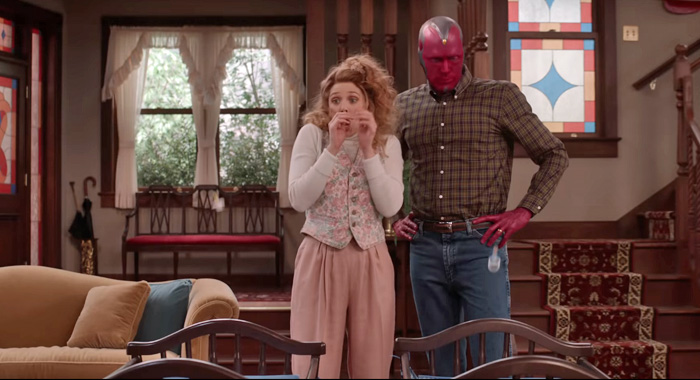 'Wandavision', 'The Falcon and The Winter Soldier', and 'Loki' Got a Big Super Bowl Spot, Let's Talk About It

As if watching a gloriously Patriots-free Super Bowl with one helluva halftime show wasn’t enough, Disney+ dropped a surprise in our laps with a 30-second spot for its upcoming Marvel series. I honestly didn’t think any of these shows were far enough into production to make a trailer, and yet here’s a nice little sampling of media content that makes me wonder why I’m not streaming all of this into my nerd face right now. 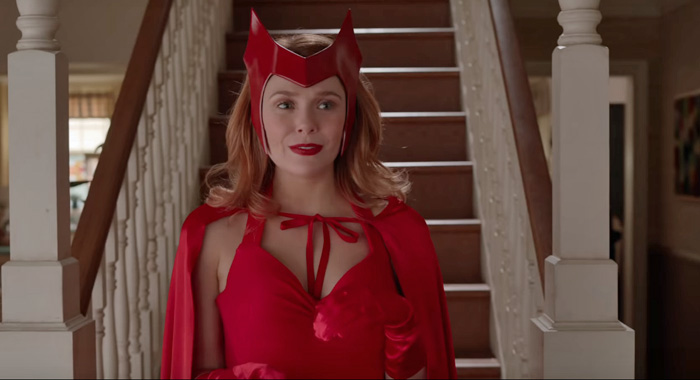 Marvel Studios’ “WandaVision” blends the style of classic sitcoms with the Marvel Cinematic Universe in which Wanda Maximoff (Elizabeth Olsen) and Vision (Paul Bettany) — two super-powered beings living their ideal suburban lives — begin to suspect that everything is not as it seems. The new series is directed by Matt Shakman; Jac Schaeffer is head writer. Debuts on Disney+ this year.

So right off the bat, Wandavision easily generated the most hype thanks to the above pic of Olsen in the original Scarlet Witch costume from the comics and a quick shot of her character being definitely pregnant, which suggests the series will feature Wanda and Vision’s twin sons Wiccan and Speed. (How can an android impregnate a woman? I have no idea, but Disney seems to really be into making characters nut that you didn’t think could nut lately. It’s super weird.)

What’s fascinating to my dork-ass is that Marvel seems to be putting a lot of its eggs into the Wandavision basket. There’s been constant talk about how the series will directly tie into next year’s Doctor Strange in the Multiverse of Madness, which recently saw director Scott Derrickson leave the project over creative differences. While that was going down, Marvel handed the writing duties for Captain Marvel 2 to Wandavision staff writer Megan McDonnell after jettisoning the creative team from the first film. As if that wasn’t enough, the series’ release date was moved up from 2021 to sometime this year, so it really seems like Marvel not only loves whatever’s happening with the show, but wants to shove it in front of people’s faces as soon as possible.

Can a sitcom spoof based on two B-characters handle that much heavy lifting? I guess we’ll find out!

THE FALCON AND THE WINTER SOLDIER 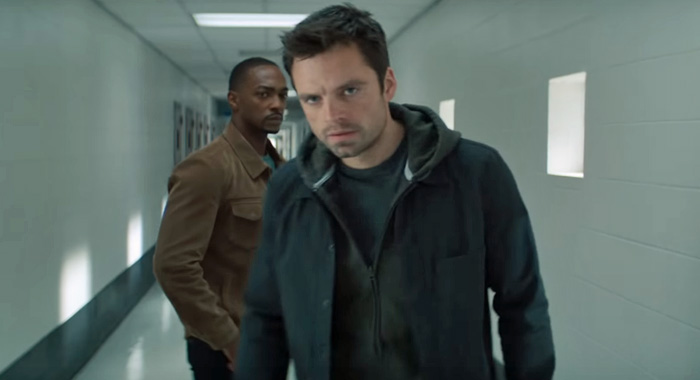 Following the events of “Avengers: Endgame,” Sam Wilson/Falcon (Anthony Mackie) and Bucky Barnes/Winter Soldier (Sebastian Stan) team up in a global adventure that tests their abilities — and their patience — in Marvel Studios’ “The Falcon and The Winter Soldier.” The all-new series is directed by Kari Skogland; Malcolm Spellman is the head writer. Debuts on Disney+ this fall.

Despite having roughly the same about of footage in an already very short ad, The Falcon and The Winter Soldier didn’t set off nearly as many fireworks as Wandavision thanks to a heavier emphasis on action and high-fiving instead of Easter eggs. However, there was one blink and you’ll miss it detail. Namely Wyatt Russell as U.S. Agent: 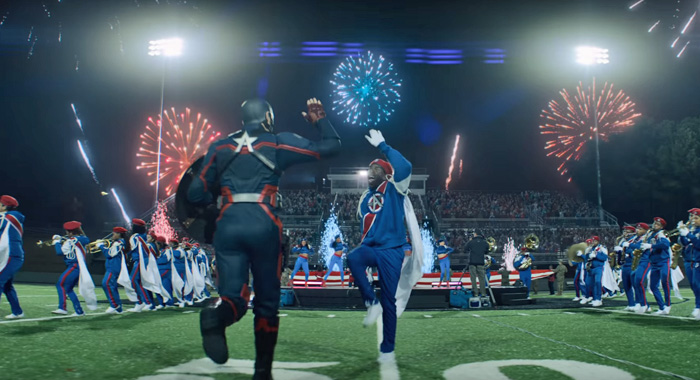 What the fart is a U.S. Agent? In a nutshell, imagine if instead of Steve Rogers, Captain America was a swinging dick, MAGA-type that the government preferred over a black guy who’s already saved the Earth several times as a member of The Avengers. For the record, I am not 100% on that being the central conflict of the show, but the signs are pointing in that direction.

In Marvel Studios’ “Loki,” the mercurial villain Loki (Tom Hiddleston) resumes his role as the God of Mischief in a new series that takes place after the events of “Avengers: Endgame.” Kate Herron directs and Michael Waldron is head writer. Debuts on Disney+ next year — 2021.

Considering it’s the furthest series out, there’s not a whole lot shown from Loki. It’s literally just a quick shot of the trickster god seemingly in prison and threatening to burn the place down, which I’d bet on. But in just that brief scene, eagle-eyed nerdbombers noticed that the logo on Loki’s jumpsuit reads “TVA,” which is almost definitely a reference to the Time Variance Authority, a bureaucratic organization responsible for making sure the timeline in the Marvel universe doesn’t get jacked up by randos pulling stupid time shit. (Apparently, they were all taking naps during Endgame? I dunno.) Since the show is about Loki disrupting historical events, I’m guessing his antagonists will be a bunch of time-cop clones that presumably look like Owen Wilson. Yeah, I’ll have that.

Wait. When do these shows come out again?

Who the hell knows?!

So far the closest thing to a concrete release date is August 2020 for The Falcon and The Winter Soldier. After that it’s a less-defined Spring 2021 for Loki, and a very nebulous “2020” for Wandavision. Although, like I said, Marvel seems to be champing at the bit to put that last one in front of us, so I’m sure a date is just around the corner.

UPDATE 2/4/20: Or not! During an earnings call, Disney CEO Bob Iger confirmed Falcon and Winter Soldier is set for August and announced that Wandavision will premiere in December, which technically still counts as 2020, but really takes the shine off the whole “Hey, we moved up the release date because this shit is so great!” business. 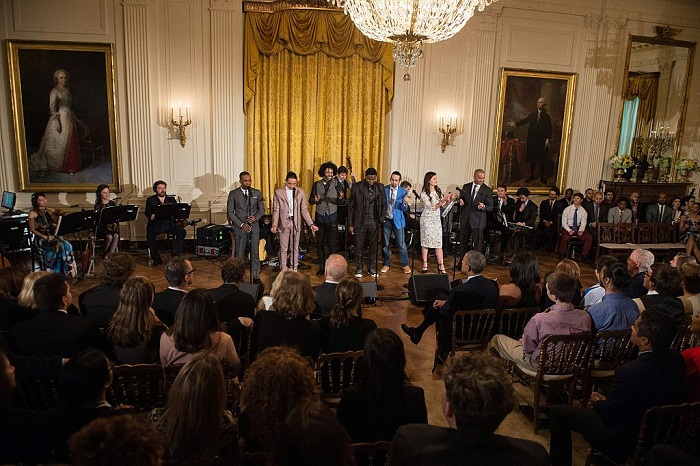 Disney's 'Hamilton' Movie Will Hit Theaters in 2021; Until Then, Why Don't You Revisit What the Original Broadway Cast is Up To?

Rush Limbaugh Has Been Diagnosed with Advanced Lung Cancer