When it comes to everything Disney and Marvel, expect the actors to stay mum about every detail. However, a few secrets are bound to pour out at some point, as secrets are wont to do. Such was the case when Paul Bettany was asked about the upcoming Disney+ series, WandaVision.

Very, very little is known about WandaVision, which was moved up to a 2020 release (it was previously slated to premiere in 2021). Speaking with Collider, however, Bettany revealed that the Disney+ series will be “bonkers” and revealed that working on the show has been one of the best experiences of his career.

“I so admire Kevin Feige and the courage that he has. The decision that he’s made with this show is so bonkers, quite frankly, and really risky and really new and unlike anything [Marvel Studios has] ever done. It has been — I’m going to speak for [Elizabeth Olsen]; I guess she wouldn’t mind — is it’s been one of the highlights of my career, making this show. I don’t know how it’s gonna come out but it’s been so much fun to make. The writing is just extraordinary. I mean, Jac Schaeffer is the head writer on [WandaVision] and she’s just been brilliant. It’s the happiest set I’ve ever been on.”

The actor also teased that fans won’t have to “wait very long” to see what the show looks like. Can we expect a trailer soon? It’s possible, especially with WandaVision coming sooner rather than later.

The series doesn’t yet have a scheduled release date, but it’s one of two Marvel shows debuting on Disney+ this year, the first being The Falcon and the Winter Soldier, which has moved up to an August 2020 release. In addition to Bettany and Elizabeth Olsen, WandaVision also stars Randall Park, Kat Dennings, Teyonah Parris, and Kathryn Hahn.

Rob Lowe Takes On Texas, Or Texas Takes on Him 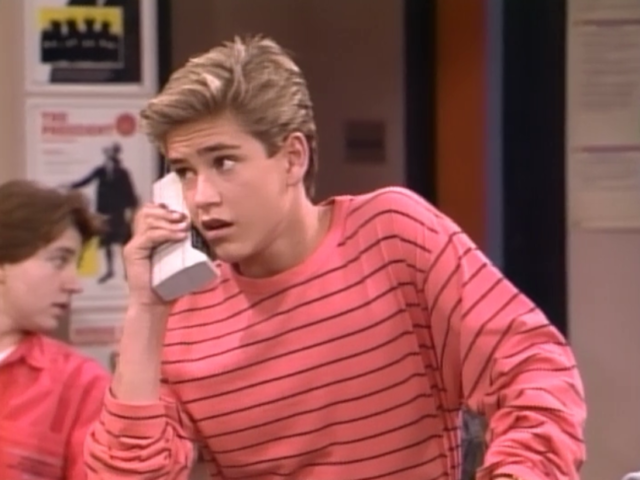 'Saved by the Bell' Revival: Zack Morris' Son Sounds Just as 'Privileged' as He Was