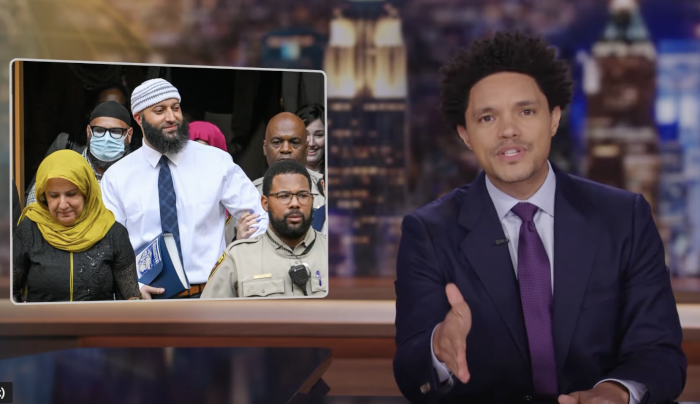 On Monday, a judge released Adnan Syed from prison after being convicted for the murder of Hae-Min Lee 22 years ago. The release came less than a week after a prosecutor (who was a former public defender) filed a motion to vacate Syed’s conviction based on evidence she unearthed suggesting police didn’t notify the defense of two other possible suspects.

Noah attributed Syed’s release not just to podcasts (which he jokes should become part of the judicial system), but the prosecutor, as well. “That prosecutor dug through the case files deeper than she had to and found all sorts of problems with the original prosecution … She said, ‘no, if we’re going to put somebody in prison, it has to be without any doubt.”

“That’s the difference between a justice system that wants justice versus a system that just wants to put people in prison.”

Prosecutors still may retry Adnan Syed, but the odds they will do so are remote. Meanwhile, an investigation continues into the other two suspects.

← 'Atlanta,' 'Los Espookys,' 'She-Hulk,' And More On Podjiba! | It's Here! The Sequel To Possibly the Most Joyous Video On the Internet! →