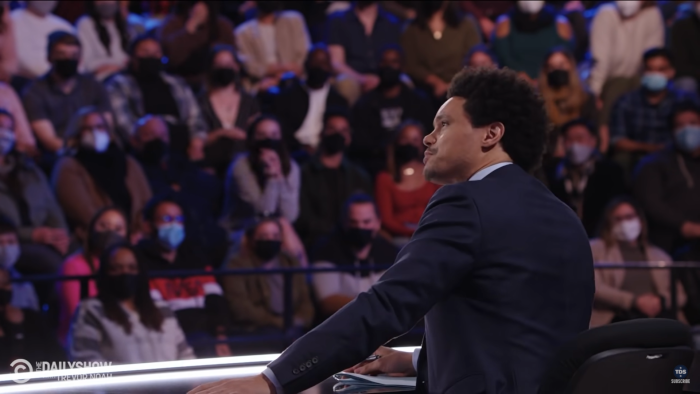 Trevor Noah Gets "Deep" About The Future of Late Night

How we watch TV has changed drastically over the last ten years. Streaming services quickly began to dominate the landscape. Cord-cutting became less of a niche idea. Everyone had to have that “what’s a Netflix” conversation with their parents. Cable networks still exist. So does a staple of a bygone era: late-night talk shows. Talk shows have had to mold and change as well. According to Trevor Noah, they won’t be going anywhere anytime soon.

In a recent behind-the-scenes clip, Noah was asked by an audience member what he thinks late-night will be like in five years. His answer made a lot of sense. Basically, he thinks that how we consume TV will continue the change and that “late-night” will basically stay the same. I put late-night in quotes there because it isn’t strictly consumed at night anymore. It hasn’t been for a while.

In the early 2000s, I was a young man who was getting into Late Night with Conan O’Brien for the first time. I had been familiar with Conan before, but I had never really gotten to watch his show because it was on too late. Then something miraculous happened. Comedy Central began running reruns of Conan the next day at 7 PM. I could finally watch “late-night” TV. This was an absolute game-changer for me.

The game doesn’t stop changing, though. Soon Tivo and DVR would allow people to enjoy late-night programming at a reasonable hour. Eventually, that would all lead to Hulu posting clips. Then every late-night show would create a YouTube channel and then boom! We’re where we are now. Hell, clips of Seth Meyers end up on YouTube before his show even airs. How we consume entertainment will continue to change, but entertainers will always entertain.