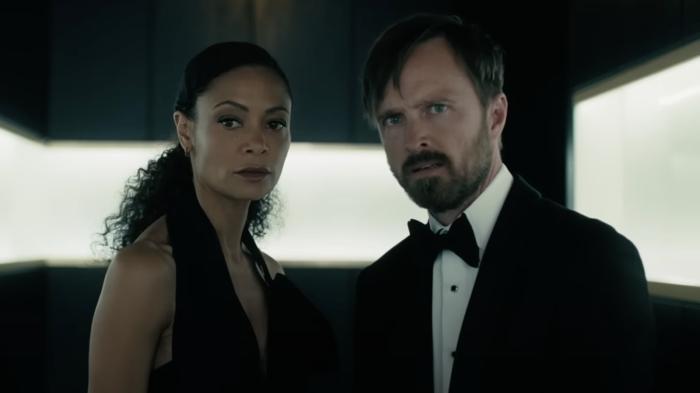 Does anyone even remember what happened in season three of Westworld, which aired two years ago during the more terrifying months of COVID when most people were otherwise watching that Tiger King show? I remember Aaron Paul was in it, but I couldn’t tell you much more. Watching the season four trailer, however, I can’t help but repeatedly think, “Wait? I thought that character was dead?”

That’s the thing about Westworld, though, innit? Anytime a character dies, a host robot version of that character resurfaces, and if that character was already a host, well, there are probably other clones. It makes it not only difficult to follow the series but diminishes the stakes — even the Reddit theorists are like, “We give up! You figure it out.” Worst still, the one character I actually would like to see come back — the young Man in Black played by Jimmi Simpson — remains out of the picture. I wouldn’t mind seeing Shannon Woodward’s Elsie Hughes return, either. But hey! They keep finding ways to bring back Tessa Thompson long enough to ensure she appears in the trailers.

Still, as frustrating as the series can be, there’s no denying that it looks cool, and while I couldn’t tell you what’s going on in this trailer, I can tell you that there is one horrifying image that is seared into my brain permanently. You’ll know exactly what I’m talking about when you watch the trailer.

← Is Ezra Miller Being Replaced As The Flash? | Trevor Noah Gets "Deep" About The Future of Late Night →