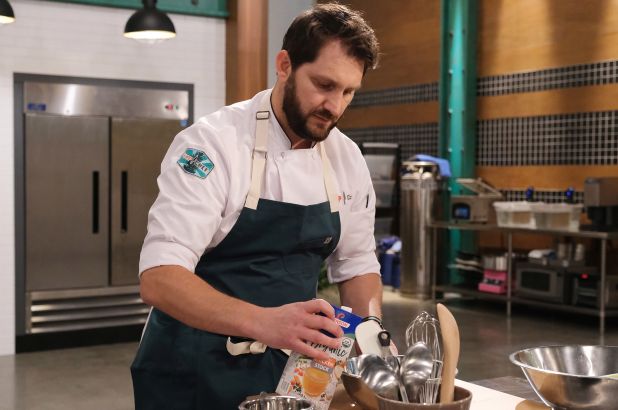 'Top Chef' Crowned a Winner; The Next Day, He Was Publicly Outed as a Creep

As a cord-cutter, I had not yet watched this 18th season of Top Chef, but based on everything I’d heard about it (mostly from Dan Hamamura), it had been a delightfully entertaining season with a number of fan favorites, most notably Shota and Dawn. I expected after its run on Bravo, the season would air on Peacock, where I looked forward to bingeing the hell out of it.

But news from the real world has not only spoiled the winner of this season of Top Chef, but also soured the entire season as a whole. Last Thursday, Top Chef crowned Gabe Erales as the winner despite having been fired last December from his executive-chef position at a restaurant in Austin for “repeated violations of our policies and for behavior in conflict with our values.”

The morning after Erales was crowned, the Austin American Statesman ran a piece providing more details about those “repeated violations.” Erales claimed that he had a sexual relationship with an employee in the summer of 2020 and then cut her hours, based on her performance, when he returned from shooting Top Chef in November. He also spoke with her in an unprofessional manner. The owner of the Austin restaurant, however, characterized the reason he was fired differently. He said that Erales had been fired for “repeated violations of the company’s ethics policy as it relates to harassment of women.”

Erales, it appears, is a creep. Though he was fired in December, Padma Lakshmi tweeted last Friday that neither she nor the network knew about the allegations during filming of the season back in October. She also called on Bravo to investigate:

To be clear, no one has alleged sexual harassment on the record or otherwise to Bravo/Top Chef and we judges didn't have any indication of inappropriate behavior from Gabe during his time on set.

I don’t doubt that they didn’t know about Erales’ sh*tty behavior last October, although I suspect that they figured it out after he was fired in December (any Bravo intern browsing Reddit could have alerted them). However, acknowledging that the eventual winner of a season that had been shot but had not aired would have been a real mess for Bravo and Top Chef. Then again, airing a season in which the winner was outed as a creep the day after the finale aired is also a mess.

It’s all a mess, and while the timing of all this makes it an even bigger one, it’s important to note that ultimately this is not the fault of Padma Lakshmi or Bravo or Top Chef or any of the contestants in an otherwise great season (better vetting wouldn’t have helped, either, because Erales had probably already been selected as a contestant even before the affair). The network and the show could have probably handled this better, but ultimately, it’s the fault of Gabe Erales for being another shitty man, for sexually harassing his co-workers, and for behaving unprofessionally with them.

(Dan also goes longer on this in tomorrow’s episode of Podjiba.)