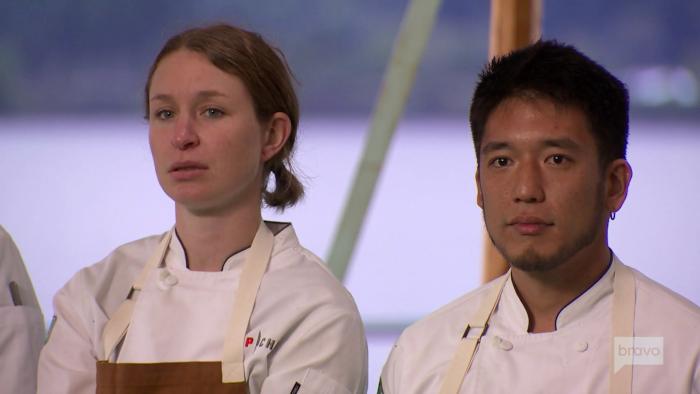 Although I’ve been watching Top Chef almost since the beginning (I’ve seen all the seasons at this point, although I didn’t start to watch in real time until season four, in Chicago), it’s long been a secondary viewing show for me - something I would usually catch up on over the weekend, rather than the night it aired.

But over the last few seasons, it’s gone from a weekend to a night of watch for me, as the show has evolved — in particular, as it’s built out a roster of contestants (some of whom have returned a few times) and alumni who graduated to being guest judges (something that the show has put into full effect this season, as the guest judges are almost all alumni who are in a production bubble with the rest of the cast/crew), the show has softened just a touch. It’s still a competition obviously, but the sort of sniping and alpha dog behavior of earlier seasons has been edited out, and what’s left are a collection of generally reasonable, well-meaning, sometimes weird, extremely talented chefs all trying to do their best, while still (mostly) supporting one another as they go.

This brings me to the current season, set in Portland, and my two favorites, Seattle-based chef Shota Nakajima and Portland-based chef Sara Hauman.

Both Shota and Sara present on screen as kind and goofy, and even in a season where it doesn’t seem like there are any assholes, the two of them stand out as particularly good humans. They’ve also maintained their friendship post-show, as evidenced by their various collaborations like this one:

They also happen to be absolute behemoths when it comes to their technique and creativity - six episodes in, they have four of the six wins, and only Shota has been on the bottom of the standings once (and even then, he clearly was never in actual danger of elimination). In addition, in the most recent episode, the two of them teamed up in the elimination challenge, in what can generously be described as an absurdly unfair team up (even though the episode made it clear that everyone made good dishes). Naturally, they won.

But the fun (and problem, sometimes) with Top Chef is it’s not cumulative - a bad week can send even the best contestants home. And while that’s probably the right way for the show to operate, it does mean that sometimes the finals don’t showcase the best of the best.

Which is why this week on Podjiba, I said that SARA AND SHOTA MUST BE PROTECTED AT ALL COSTS.

Yes, it’s a competition. Yes, anything can happen. But seeing those two face off against each other at the end would be amazing - not just to witness the skill and creativity they’d put on display, but also the fact that they’d while obviously they’d both want to win, they’d still be rooting for each other to succeed, which is the warm, uplifting finale I would love to see.

Also on the show this week:

- Dustin and Tori talk Mosquito Coast! (I have not seen it, but I did learn it’s on Apple TV+!)

- We look at what we liked, and what we didn’t, about the new sketch show That Damn Michael Che on HBOMax!

- And we end the night with the return of Mythic Quest!

← Jensen Ackles May Be the Only Guy Who Can Pull Off This Beard on 'The Boys' Season 3 | Stop Hoarding Gas, People! →