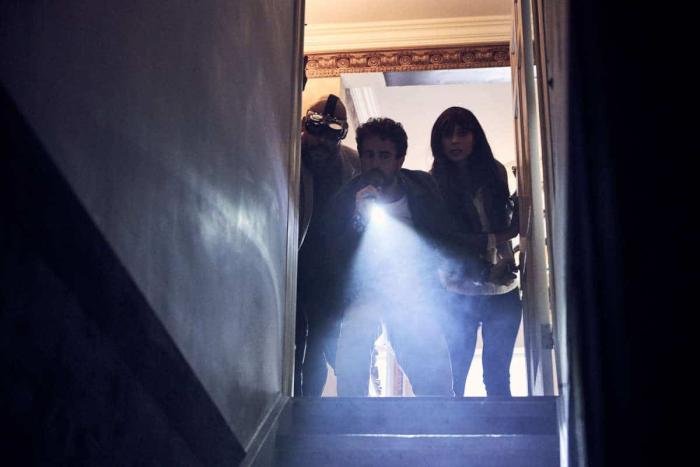 I’ve learned to keep an eye on Syfy original programming. As incredibly dumb as some of it is (Lavalantula 2 Lava 2 Lantula, I’m looking at you) every once in a while you get a Wynona Earp or The Expanse that finds its niche and ends up being pretty popular.

The show of the moment is Surreal Estate, which began its first season a couple of weeks ago. It reunites Schitt’s Creek alumni Sarah Levy and Tim Rozon as real estate agents who specialize in closing the deal on “stigmatized properties.” In the parlance of the show, those are houses whose market value has been affected by unfortunate occurrences. In other words, haunted houses. But you’ll hardly hear that phrase uttered by anyone on the Roman Agency team.

That team is, of course, made up of the usual motley, ghost-hunting, crew. Adam Korson is the ex-priest turned paranormal research specialist who has all of the jokes. Maurice Dean Wint is the paternal tech wizard who spouts gravel-voiced philosophy. And the hip, acerbic office manager is played by Savannah Basley. Their leader, Luke Roman, is played by beardless Tim Rozon who spends his time focused on giving us his best Blue Steel and a bit of Elvis hair. He delivers all of his lines as though he’s sucking on a lemon.

Sarah Levy is the disruptor. New to the team and a total skeptic, even though she has some paranormal experiences in her own past. She has to win the team’s trust, and all it takes is a well-delivered coffee order in the second episode. It’s nice to see Sarah given something to do and a decent wardrobe. Although she’s only about one level below Twyla’s energy, her Susan Ireland is a complete 180 from what we saw on Schitt’s Creek. Plus, her hair looks fabulous. 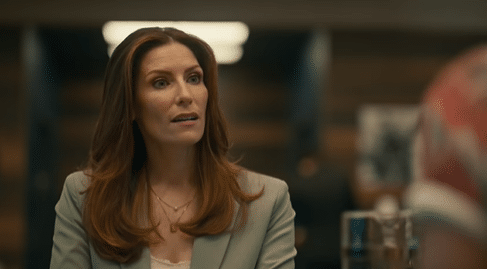 There doesn’t seem to be anything really new going on here. The show borrows a lot of tropes and imagery from every other show or movie about ghosts and hauntings that you’ve ever seen, including an opening shot straight out of The Exorcist, a property located on Manderley Road, and a demon that look like something out of a Buffy The Vampire Slayer episode. 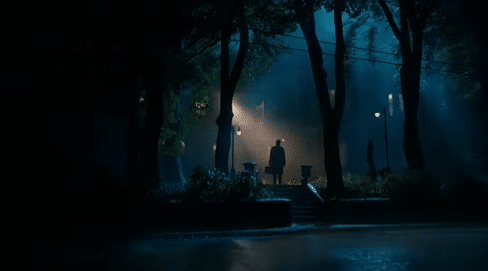 Were I to compare Surreal Estate to other Syfy shows, I’d say it’s probably in the same neighborhood as Warehouse 13. A lot of the dialogue is rote and plot points are telegraphed, but the actors deliver their patter convincingly. It’s all a bit silly and reaches for heartwarming, but sometimes that’s what you want from a TV show. I will probably keep watching it to see what Sarah Levy can do; I’m excited for her to have this opportunity and exposure. I also read that Wynona Earp’s Melanie Scrofano is slated to direct (and maybe pen?) a couple of future episodes. I’ll be interested to see what she can pull from her former co-star, Rozon, in those. Otherwise, this is NOT prestige television by any means. The special effects are definitely mid-level cable budget stuff, so it’s not all that scary. If you have an all-ages household that likes things spooky but not TOO spooky, you might want to give it a try. If you’re looking for genuine scares, I’d say look elsewhere. I’ll let you know if Rozon grows his beard back in. That might make it worth it for some of you, too. 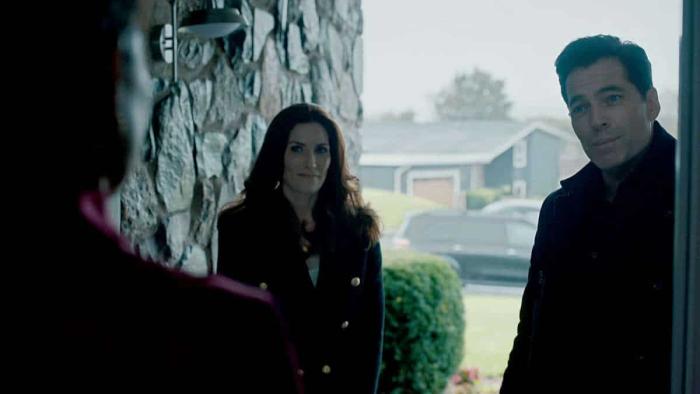 ← The Legacy Of 'Child's Play' Continues In New 'Chucky' Trailer | 'The Walking Dead' Teases the Beginning of the End (No, Really) →