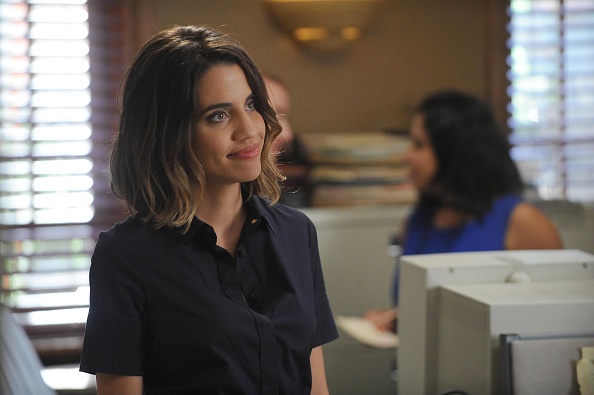 As we head into the long Memorial Day weekend, where some of you may actually return to theaters for the first time in over a year to see Cruella or A Quiet Place Part II, we thought we’d put these good news items in your ear.

— Damon Lindelof, who created two of my three favorite series over the last seven years, The Leftovers and Watchmen, is returning with a very Lindelof kind of series, Mrs. Davis. Lindelof is co-writing along with Big Bang Theory’s Tara Hernandez, who will be the showrunner. Though details are scant, we know that it’s a 10-episode series that will explore “faith vs. technology and an epic battle of biblical and binary proportions.” That sounds like Lindelof, alright. Peacock won the bidding war for the series. I did not care for Peacock very much in the beginning, but lately with Rutherford Falls, Girls5Eva, and this, it’s definitely starting to come around.

— In other news we don’t hate, Danai Gurira — award-winning playwright and Michonne from The Walking Dead — will reprise her role as Okoye in Black Panther: Wakanda Forever. Not only that, but she’s also reportedly going to star in a spin-off origin series for Disney+ being developed by Ryan Coogler. There are no other details to report, and Gurira’s people had no comment to Deadline.

— Finally, this is not news about a new project, but Natalie Morales — who voices the role of Betty in Paramount+’s Rugrats — confirms that her character is a lesbian. From TVLine:

“Anyone who watched the original show may have had an inkling Betty was a member of the alphabet mafia,” says Morales, who is openly queer. “Yeah, Betty is a fictional cartoon, but even cartoons were hugely influential for me as a kid and if I’d been watching Rugrats and seen Betty casually talking about her ex-girlfriend, I think at least a part of me would have felt like things might be OK in the future.”

Betty DeVille is not in the Passover special, so I don’t actually know who she is, but this is definitely great news, mostly because they’re not beating around the bush or saying it but not showing it. The character actually cracks jokes about her ex-girlfriends.


← Is Gwen Stefani a Republican? Hope You Like Weird Non-Answers | Bill Cosby Denied Parole Because He Is a Terrible Human Being →