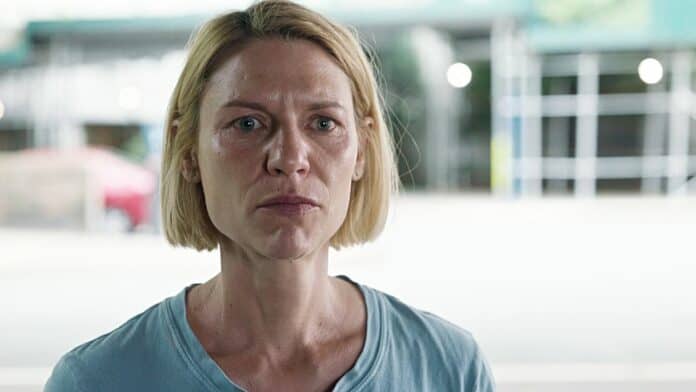 For those wondering when the turn in Fleishman Is in Trouble would arrive, it came in this week’s seventh episode, “Me Time.” This episode is why Taffy Brodesser-Akner’s novel is one of my favorites in recent years, and while I wouldn’t go so far as to say that the episode is better than the novel, it certainly did the book justice.

The first five episodes of Hulu’s Fleishman Is in Trouble provide us with Toby Fleishman’s (Jesse Eisenberg) perspective on his divorce, and while we initially see Toby as a sex-obsessed narcissist, our impression of him softens over the few several episodes. He’s a doctor who cares about his patients so much that he refuses to sell out. He’s lonely. He’s sad because his wife left him for another man. He’s lost. But he’s a good Dad, he cares about his kids, and all he wants is a real connection with another human being.

And where is his wife? She left. She ran off. She stopped answering her phone. She abandoned the kids. She’s probably working her high-powered job all day and f**king that married man at night. At least that’s what Toby Fleishman believes. But an episode from the perspective of Libby (Lizzy Caplan) reminds us that, for all the ways we might feel sympathy for Toby, he’s still ultimately a narcissist so myopic that he’s incapable of seeing anyone else’s problems beyond his own.

That’s when the turn arrives, and that’s when the magic of Taffy Brodesser-Akner’s shifting perspective avails itself. Rachel hasn’t been out running around with a married man or working 16-hour days. She’s having an emotional breakdown. Rachel is crumbling beneath expectations, and in what I think is the most powerful scene in the series, Lizzy Caplan’s voiceover reminds us of where those expectations come from.

“Toby could set up a play date, sure. He could offer to take the kids to the doctor. But he wasn’t the mother. The system was run by mothers for mothers. People talk about the expectations that are heaped upon mothers. But the expectations come from the mothers themselves. The mom’s nights out. The fundraisers. The book drives. The yoga classes. The friendships.”

“… and there it was. The hideous thing that divides the two kinds of women in the world that Rachel lived in: The working mothers, and the stay-at-home mothers. Rachel knew the truth, which was that the culture was so condescending to stay-at-home mothers that we allowed them the fiction that being a mother was the hardest job in the world. Well, it wasn’t. Having an actual job, and being a mother is the hardest job in the world. You don’t have to say it. It’s obvious. It’s two full-time jobs. It’s just math.

Rachel has crumbled beneath her own expectations. She needed a weekend break — one f**king weekend — and when she returned from that weekend, her obligations as a working mother were so overwhelming, so insurmountable that they paralyzed her, and her emotional paralysis dug her deeper into a hole from whence she could not recover.

The episode is reminiscent of a certain hypothetical: The partners of a large law firm are asked to evaluate an associate up for partnership based on the following fact pattern: The female associate needs to complete an important brief for work but receives a phone call in the middle of the workday from their kid’s school informing her that the kid has a 103-degree fever. What do you think the partners thought of the lawyer who left work to take care of their kid? They thought that, because of family obligations, she couldn’t put in the hours necessary to be a partner.

And what about the associate who called a friend or a nanny to take their kid to school so she could complete her brief? They thought less of her as a lawyer because they said they couldn’t trust someone who left the care of their kid to someone else.

This is how f**ked working mothers are, and this is what Fleishman Is in Trouble — and this episode in particular — successfully conveys. It’s one of the most powerful and devastating episodes of television this year, and if there is any justice, it will fetch both Taffy Brodesser-Akner and Claire Danes an Emmy.


← 'Puss in Boots: The Last Wish' Is a Thrilling and Colourful Neo-Western | 'I Wanna Dance With Somebody' Is a Celebration but Not a Success →