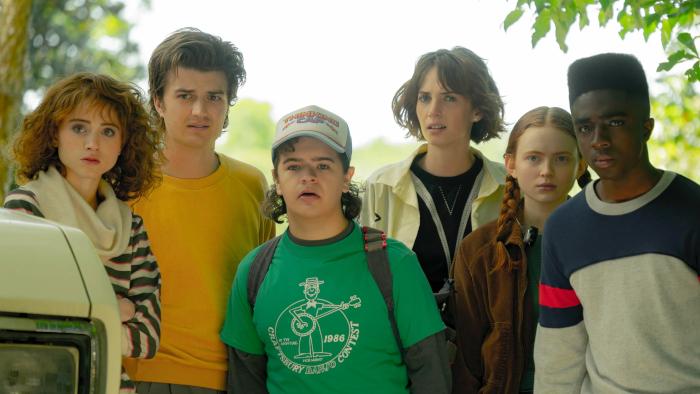 The Duffer Brothers — the duo behind Netflix’s biggest hit, Stranger Things — have signed a pact with Netflix to ensure they stick around for many, many more years to come. As part of the massive deal and their new production company, The Upside Down, they’ve already outlined a number of their upcoming projects, one of which includes a Stranger Things spin-off. The spin-off, which has already been greenlit by Netflix and isn’t likely to feature characters from the existing Stranger Things series. According to the Duffers, it will be “10000% different” and the “connective tissue” will be the “storytelling sensibility.” Also, they’re going to hand off show-running duties to someone else.

They’re also going to produce a Stranger Things stage play, helmed by Stephen Daldry (Billy Elliot), set within the world and mythology of Stranger Thing. Additionally, they’ll be creating a new live-action series of Death Note, which Netflix has already tried and failed to do in the form of a terrible movie.

The pact also includes an original series from creators Jeffrey Addiss and Will Matthews, the guys behind Dark Crystal: Age of Resistance, as well as a series adaptation of Stephen King’s The Talisman co-produced with Spielberg’s Amblin Entertainment. That will come from Stranger Things’ Curtis Gwinn.

The Duffer Brothers, meanwhile, will start writing the fifth and final season of Stranger Things next month.