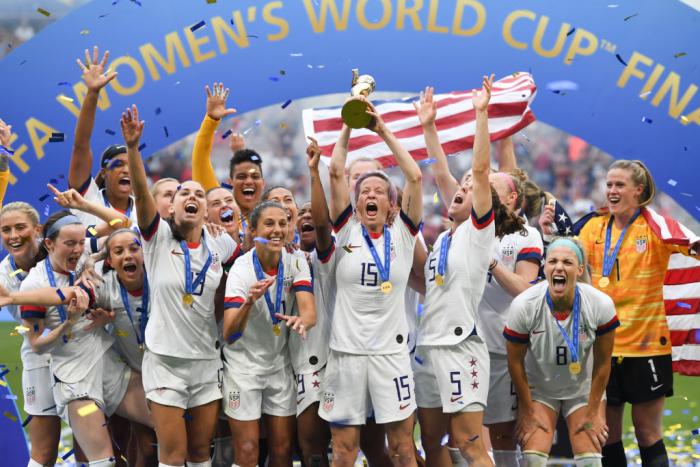 The United States Women’s National Team has won the World Cup of Soccer.

Despite being heavy favorites, it was never a sure thing. They stumbled a bit vs Spain, had all they could handle with France, nearly got derailed by England and muddled through a lackluster scoreless first half vs The Netherlands before cracking the game open.

The breaking point came on a Video Assisted Review which showed, well, basically this in the penalty box. 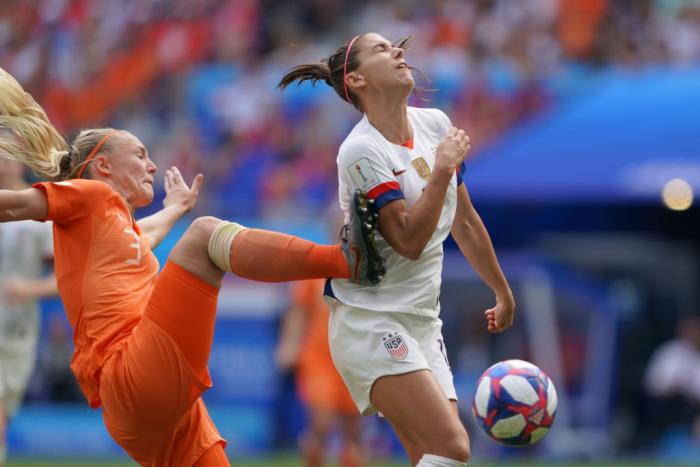 Stefanie Van Der Gragt didn’t make a whole lot of contact with Alex Morgan, who can use the “dark arts of soccer” with the best of them, but she made no contact with the ball and that’s what did her in.

In comes Megan Rapinoe, the Purple-Haired Lesbian Goddess Who Flattened France Like A Crepe, and buries a wormburner into the right side of the net. She had had two previous PK’s and hit them both to the left. She caught Sari van Veenendaal cheating that way and blasted it past her on the right. It wasn’t superbly placed. It was completely saveable, but Rapinoe had enough mustard on it to make it work. 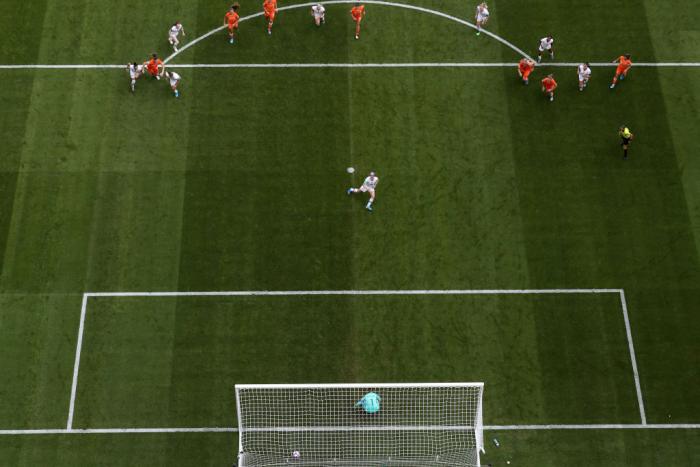 And from that point out it was all USA.

It was only seven minutes later when Rose Lavelle pushed the pocket and scored one of the best goals of the whole tournament. 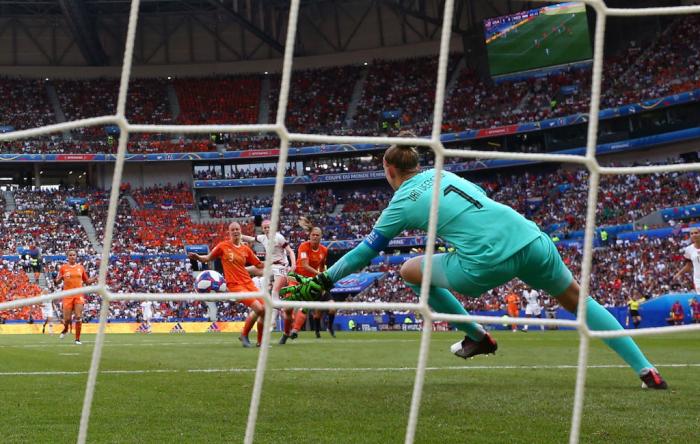 If you’ve been watching this women’s team like my family has, it’s impossible not to be crazy about Rose Lavelle. She’s such a force. I mean, she’s this itty bitty thing, 5’4”, thin little arms…she looks like everyone’s little sister. But she has JETS. She has a killer crossover. She can go zero to 60 in WAIT HOW IS SHE PAST ME? She has crazy top ball control. She’s an amazing passer, shooter and defender. She ranges. She can huck the ball a ridiculous distance on throw ins. It’s like they took this porcelain doll and made her a killer. She’s awesome. And so it felt somehow so wonderful that she was the one to nail the clincher, and she did it all by herself. Somehow, someway, it felt like the perfect goal. 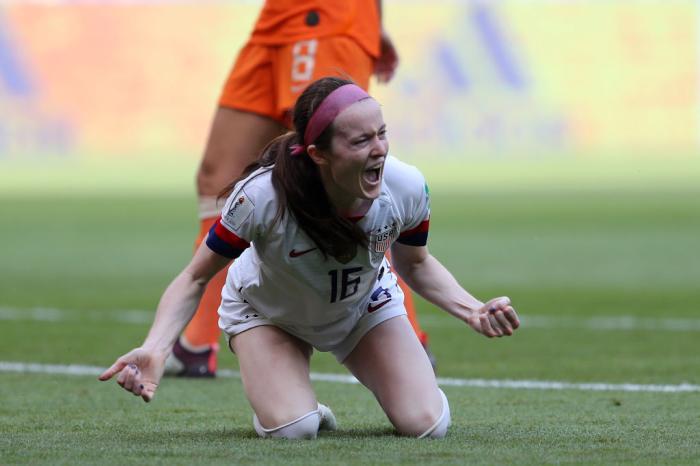 And she’s only 24 years old, so this ‘rising’ star — someone whom Megan Rapinoe declared after the game was no longer rising but already a superstar — will likely anchor the WNT for years to come.

It was a giddy affair if you were rooting for the USA. They just kept peppering The Netherlands at the end, and the score could have easily been 5 or 6 if not for the mindboggling play of Dutch goalie Sari van Veenendaal who was the best player on either team for the final. Her saves, her positioning, her reflexes could be taught as a clinic on how to play goalie. She was inspiring to watch. And in the end she was granted the Golden Glove, signifying the top goalie of the tournament. 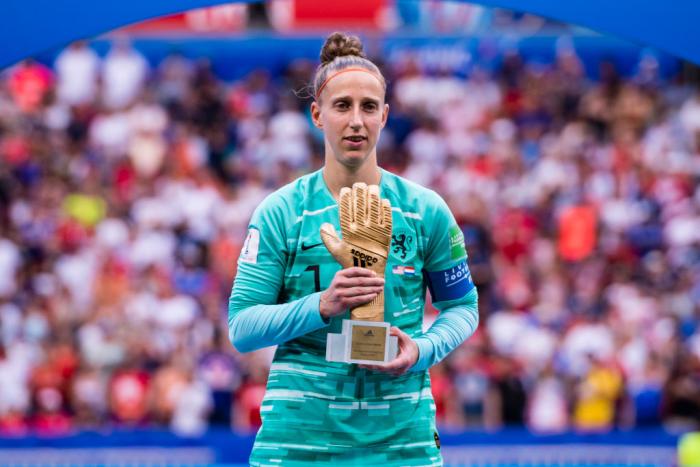 What an immense pleasure it was to see her get some recognition. She deserved it. I’d also point out some of the other goalies who played great: Sweden’s Hedvig Lundahl was awesome. Chile’s Christiane Endler was awesome in the group stage. Norway’s Ingrid Hjelmseth was solid. France’s Sarah Bouhaddi was great, and had some unfair blame thrown at her feet. Brazil’s Barbara had an excellent tournament, and the oft-questioned American keeper Alyssa Naeher came through when her team needed her to. Lots of quality goalkeeping across the board. 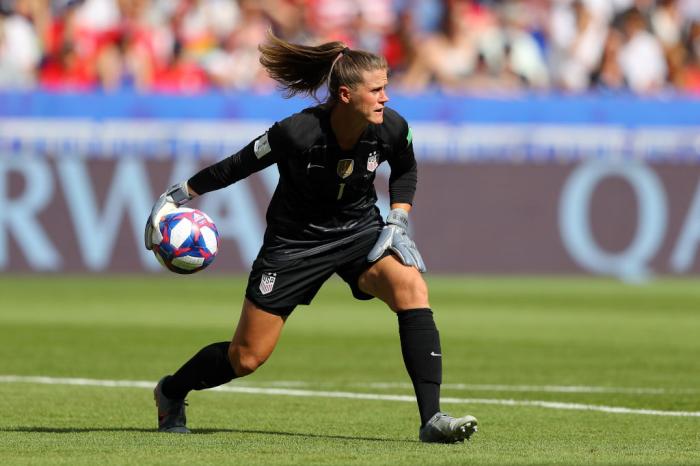 In the end, the depth of the US bench won out against the Oranje. But what a team The Netherlands ended up being and how terrifying they look for the future. My jaw dropped when they mentioned that the perversely talented Vivianne Miedema is only 22. That’s craaaaazy. She’s already sooooooo good. Long and rangy, she has the sweetest, softest feet and I watched her fake American linchpins out of their socks. Had they not covered Miedema with doubleteams every time she touched the ball, she would have made the USA pay. Sometimes it took triple teams. She’s spectacular. 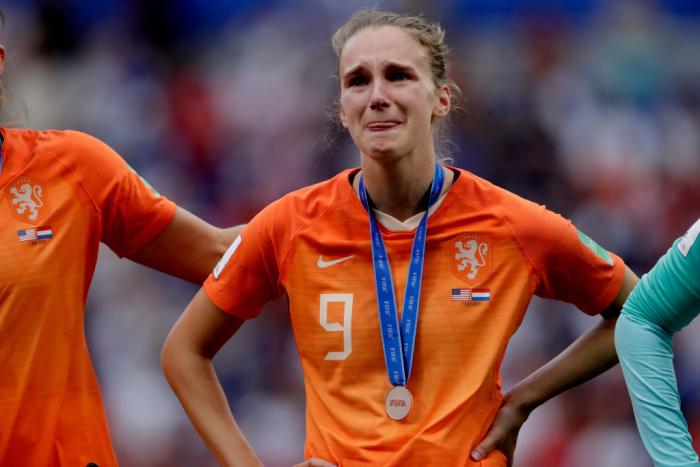 Likewise for center midfielder Daniëlle van de Donk, who was seemingly everywhere on the field. She’s made a huge fan in me. Just relentless hustle, great ball skills and the ability to see everything. She can do it all. I’ll absolutely be watching her play for the Arsenal WFC. (With Miedema and van Veenendaal). 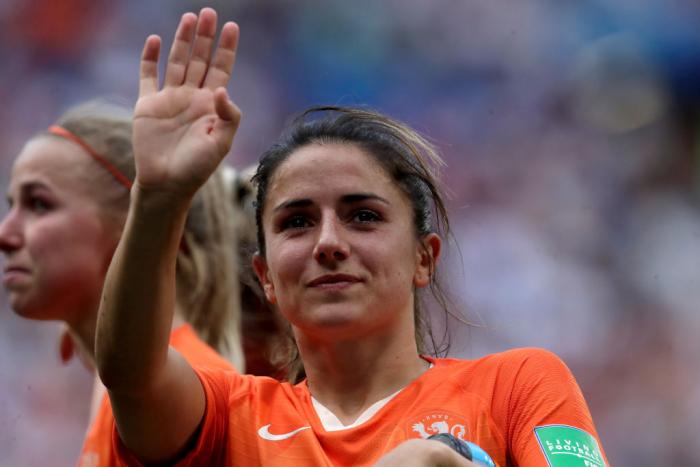 My family loves Christen Press so much. She’s supercharged. 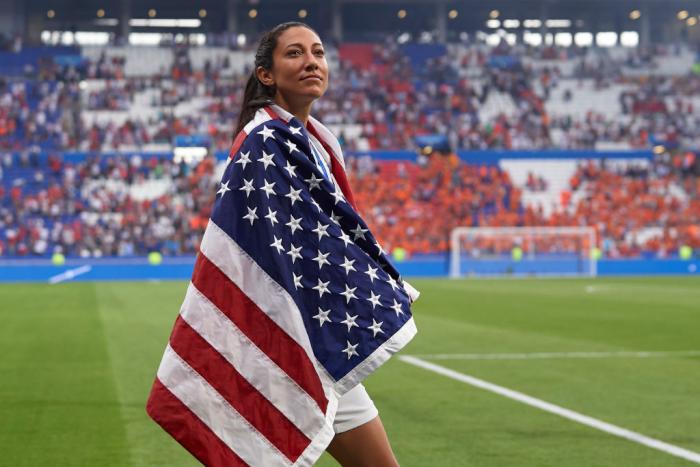 Alex Morgan was another thrilling player and won the silver boot for runner-up goal scorer. She and Rapinoe both had six goals and three assists but Rapinoe had less minutes played. The Bronze boot went to England’s Ellen White who had six goals. (I have to say, as much as I love our girls, Ellen White had two goals taken away from her which felt veeeeeery dodgy. She could have easily won the Golden Boot, and maybe she should have…)

Megan Rapinoe won the Golden Ball award for the most valuable player of the whole tournament, ostensibly for hating Donald Trump as much as the rest of us do. But yes, she was amazing. Rose Lavelle was awarded the Bronze Ball. England’s Lucy Bronze won the Silver Ball as runner up. She’s excellent. Some of the other standouts of the tournament who may have been in the running: Brazil’s Debhina, Australia’s Sam Kerr, France’s Wendie Renard and about six other players on Team France, Norway’s Caroline Graham Hanson, Pretty much everyone on Team Sweden, including Kosovare Asllani, Magdalena Eriksson and Stina Blackstenius. Sweden’s Sofia Jakobsson might have been the most exciting player in the whole tournament. It’s such a bummer that she’s 29 because watching her haul ass and blow past defenders was jawdropping. 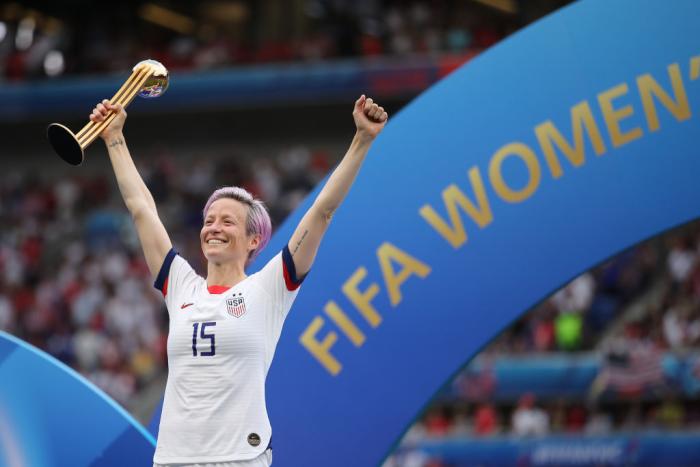 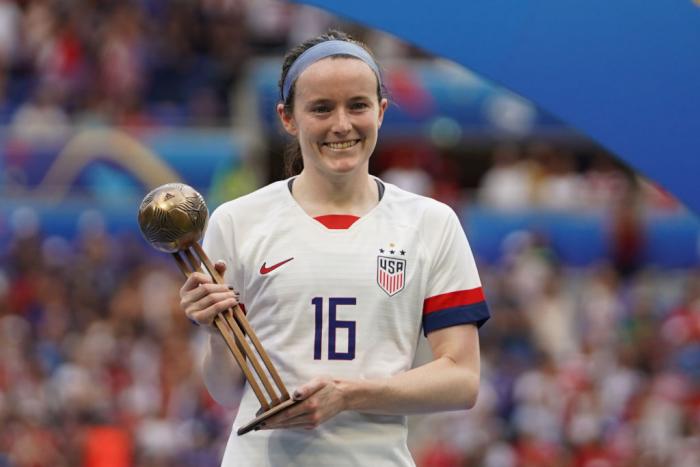 With the win, the United States defends their World Cup title, and sets the record for most goals scored with 26. Coach Jill Ellis becomes the only manager to ever coach her women’s team to back to back titles and only one of two ever if you include the men’s sides.

What a tournament. What a game. What an outcome. It’s a win for women everywhere, for soccer in general, and for a team who would not be beat. These players represent more than just athletes. They are icons. They represent the greatness of women in sport and the greatness of sport in women. They make the loudest and most irrefutable case for equality in pay and in recognition. It was a great honor to watch them play, and not just the Americans. The women of Argentina who had to sue their federation to claim a spot. The women of Cameroon who have to return to a civil war. The women of team Thailand who got blown out on the biggest stage by every team they faced, but still gave their all.

It doesn’t matter what corner of the earth you hail from. Women everywhere have to deal with the same shit. And for a few glorious weeks, they were able to rise above the noise and show that they’re every bit as capable as the men. They showed poise and heart and passion. They showed guts and grit and determination. And in the end, no matter what team they hailed from, they gave us a tournament we’ll never forget.

And it’s a great day, ultimately, for the United States Women’s National Team.