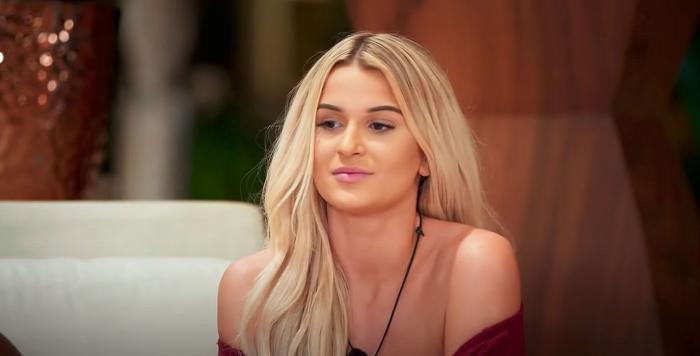 One of the things that makes long-running reality TV shows work is their adherence to formula. The structure of a season of Drag Race — with enshrined double saves; certain challenges all but guaranteed to appear; the DNA of pageantry in the final episodes — is maybe the best example of this. After all, the show has multiplied and mutated to the point where it’s basically always on TV. Even now, at least one of the bottom two queens in the first episode of any given season, will cry. It’s even gotten to the point where a contestant will go onto the show convinced that they’ve cracked the code, that they understand the perfect path to the crown. Those contestants never last very long.

But not all contestants are like that. Some of them — knowingly or not — aggressively buck the trend of what a Realty TV Contestant looks and acts like. In the summer of 2022, Canada’s Drag Race returned for its third season — the sixth season of Drag Race to air, just halfway through the year. Back in Canada’s first season, Jimbo — drag clown, and one of the few highlights of the frustrating U.K. Versus the World — emerged as both a major threat in the competition and someone who wasn’t really willing to play the game of being on a reality TV show.

Jimbo made it to the final four on her season — the part where you get asked by the judges to talk to your younger self. I can’t remember what she said — this feels right, like it’s what she would have wanted — but there’s a moment, in the Werk Room, when the final four are talking about who’s rooting for them. This lets a lot of the queens talk about their hometowns, their families, and the people who they hope are able to see them on TV. But Jimbo’s answer to the question of who’s rooting for is: “The whole world is rooting for me.” This is a moment of refusal — and of course, it’s performed just as so many moments of vulnerability, those perfectly named confessionals are — but to refuse in reality TV is something that still feels daring and unique. It draws attention to how (un)real the world around these drag queens is; how they’re asked to play a part, one they might not even understand until after the fact, until they’ve been edited to look or act a certain way.

There’s something about this refusal that might be more real than offering all of yourself to the cameras and to production. This anti-reality TV moment is something that highlights, not so much the idea of reality, but just how unreal these productions are. Re-reading how people responded to Jimbo in the first season of Canada’s Drag Race, there were plenty of pieces that talked about how her co-contestant (and another top four queen) Rita Baga, had the kind of grace, regality, and seriousness that Drag Race likes in a season one winner — think Bebe, or The Vivienne. But what this does is cast Rita — and by extension, Jimbo — in roles. And it’s a role that Jimbo refused to play.

This isn’t something that just exists in competition shows; reality TV of all kinds has the occasional contestant that challenges its boundaries; that reaches out to the fourth wall and knocks on it. Netflix’s Too Hot To Handle, a sort-of-dating-show about singles who are too horny to live, loves to have its characters feel archetypal: there are heroes, villains, and romances that want you to root for. Season one even had Kelz, who styled himself as “the accountant” of the group, constantly keeping track of the amount of money his fellow islanders were losing. Season one also had Haley, and her time on the show was fully defined by this refusal in a way that was surprising, even for a show where the whole premise is that the contestant are frustrated by needing to abstain - to win money and, maybe more importantly, to try and form more meaningful connections.

Like everyone on the show, Haley was ambivalent at best about abstention; she didn’t stray any more or less than the rest of the cast, not really — although she was involved in a same-sex kiss with a fellow contestant, something that felt surprising given that Too Hot to Handle, like so many dating shows, is often aggressively heterosexual. More than that, she simply refused to engage with the premise of the show — thought that the methodology was dumb, and none of the connections were meaningful. Based on how some of these contestants ended up both on and off the show, she may have been onto something. But still, she was asked to leave by Lana, the Alexa-esque overseer of Too Hot to Handle.

Normally, when someone is eliminated from the show, it’s because they’ve tried and failed to make connections; that nothing has stuck, or that they haven’t been able to change their behaviour. But for Haley, it was this refusal that led to her being eliminated/kicked off (delete according to taste). It was as if the show didn’t know what to do with her. That’s what makes these kind of contestants so fascinating; they’re too real and unreal simultaneously, engaged in a constant battle of wills with their produced selves and narratives. Whether or not refusing to be swayed by the hand of production means someone can be more authentically themselves — Jimbo revealed almost nothing beyond her drag persona - is unclear, but it does force reality TV into a confrontation with itself, about just how real it can be.


← 'What If 'Ferris Bueller's Day Off' Was Shot In the Style Of 'Euphoria'?' | 'The Boys' is Honestly What Zack Snyder Wanted 'Watchmen' To Be →