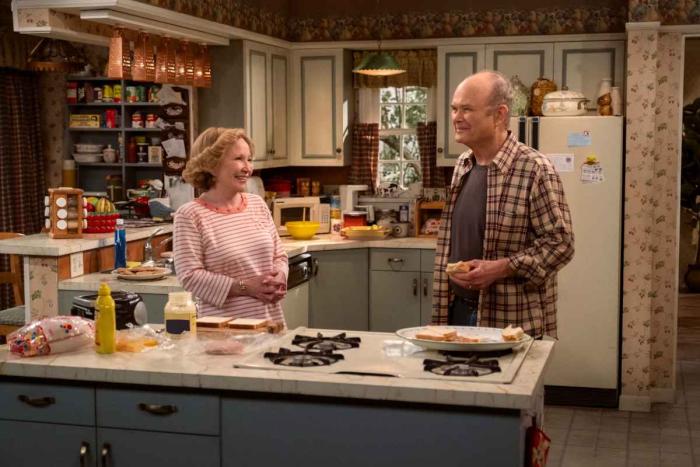 The sequel series to That ’70s Show will debut on Netflix in January. Set in 1995, That ’90s Show centers on Leia Forman as she visits her grandparents for the summer and bonds with a whole new set of kids. Much of the original cast will make brief return appearances (not Masterson), but Red and Kitty will anchor the series, and Kurtwood Smith and Debra Jo Rupp do not appear to have aged a day since the show left the air in 2006

I had little to no interest in the series until the trailer arrived, and now I cannot wait. It’s exactly the kind of show my brain wants to watch while it’s comprehending its own stupidity. Goddamnit, I missed Red Forman.

That ’90s Show premeries on Netflix on January 19th.