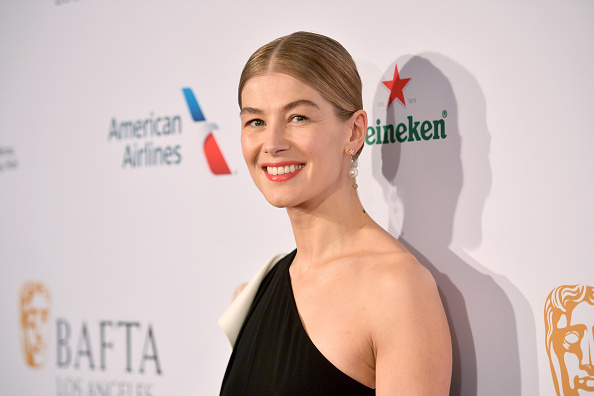 — Good news from HBO: Soon after renewing Righteous Gemstones for a third season, the network has now renewed the messy but compelling Euphoria for a third season and the lovely and funny Somebody Somewhere for a second season.

— I don’t think we have a release date yet for the sixth season of Better Call Saul except “sometime in 2022.” Here’s a reminder that Better Call Saul still exists, and that they’re shooting the series finale now. There will be 13 episodes, and the season will be split into two parts. Here’s co-showrunner Peter Gould with that reminder:

Best cast and crew in the universe! pic.twitter.com/ReEXufkozn

— There’s nothing official here — in fact, there have been no discussions with NBC — but let it be known that Jesse L. Martin’s Detective Ed Greene is very open — and hopeful — about a return to Law & Order. Anthony Anderson is only booked for one season, and of the living detectives (RIP Jerry Orbach), Jesse L. Martin’s is my favorite, so make this happen, NBC.

— Scream, the fifth movie in the franchise, has done well enough to earn another sequel, not that anyone doubted it. It’s officially been greenlit, once again with Matt Bettinelli-Olpin and Tyler Gillett directing and James Vanderbilt & Guy Busick co-writing the screenplay.

— Are you tired of pandemic movies? Does the idea of a pandemic flu movie immediately turn you off? OK, well, how about this: A film called Rich Flu, in which a deadly disease … kills off only wealthy people. OK, I’m listening! What’s that? Rosamund Pike is set to star? And it comes from Spanish director Galder Gaztelu-Urrutia, the guy behind the spectacular The Platform? I am so in, you don’t even know. Here’s the logline via THR:

Rich Flu sees a strange disease killing off some of the richest and most influential people on the planet starting with the billionaires, then the multi-millionaires and so on progressively. Now it threatens to strike anyone with any sort of fortune, and no one knows where it might end. With the whole planet panicking and humankind’s very way of life headed for collapse, people attempt to flood the market with assets the world no longer wants. The thriller explores how far one would go to save their skin when the wealth that made the world go round suddenly becomes its most dangerous commodity.

— That ’90s Show, a sequel to That ’70s Show is coming together over on Netflix. Red (Kurtwood Smith) and Kitty (Debra Jo Rupp) appear to be the only two returning characters. They’ll play grandparents to the child of Donna and Eric, who visits over the summer “and bonds with a new generation of Point Place kids under the watchful eye of Kitty and the stern glare of Red.” THR has the rest of the teenage cast, although I’m not immediately familiar with any of them.

— Disney+ has renewed Doogie Kamealoha, M.D.. I’m not the demo for it, but it’s a very sweet show.

— The CW has greenlit prequels to both Supernatural and Walker. I wonder if this is how they smoothed things over between Jared Padalecki and Jensen Ackles?

— Finally, here’s a promo for The Thing About Pam, a true-crime drama centered on the 2011 murder of State Farm employee Betsy Faria, which I am told was covered extensively on Dateline. It has a great cast — Renee Zellwegger, Josh Duhamel, Judy Greer, and Katy Mixon, among others — and it looks like a streaming series, even though it’s an NBC series (it will air on Peacock on the next day). It looks intriguing, although Libby Hill is right. Why did they hire Renee Zellwegger and cover her in prosthetics? Or as Hill puts it: Why Can’t We Cast Actual Fat Actresses to Play Fat Roles?


← Does John Cena Actually Play 'Home Sweet Home' on the Piano in 'Peacemaker'? | Netflix's 'In From The Cold' Is a Spy Thriller That Works Surprisingly Well →