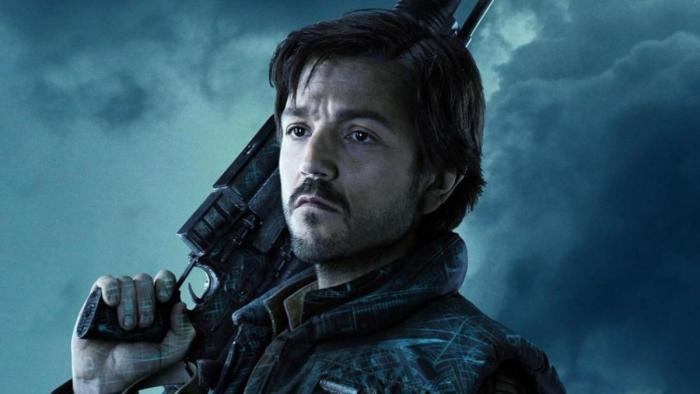 I am not a fan of the Star Wars universe, which may have something to do with the fact that I was introduced to the original trilogy for the first time in a high-school English class, where it was used to discuss archetypes, tropes, symbolism, and the hero’s journey. It was an incredible teaching tool, but watching the entire trilogy over the course of two weeks in 50-minute chunks on a tv set in a rolling cart was not an ideal viewing experience. While it may have been a cool way to teach certain topics, it was still school.

I always give it a shot, though, out of respect for Mrs. Perry, and to date, I’ve genuinely liked a small number of Star Wars entries: Rogue One, The Last Jedi, The Force Awakens. Oh, and I liked Solo more than most people.

I don’t really know what Andor is about although I do recognize Diego Luna and Forest Whitaker from Rogue One, which is the one where everyone dies, so I’m assuming this is a prequel. Also, this looks really good. I will watch this, and I might even enjoy it. It’s like the Star Wars series for people who don’t care that much about Star Wars.

Andor premieres on Disney+ on September 21st with three episodes. A second 12-episode season is already planned, which will lead into the events of Rogue One.

← RIP Nichelle Nichols: A Real One for the Ages | Trump's Pathetic Cemetery Plot for His Ex-Wife Ivana May Have Been for Tax Avoidance Reasons →