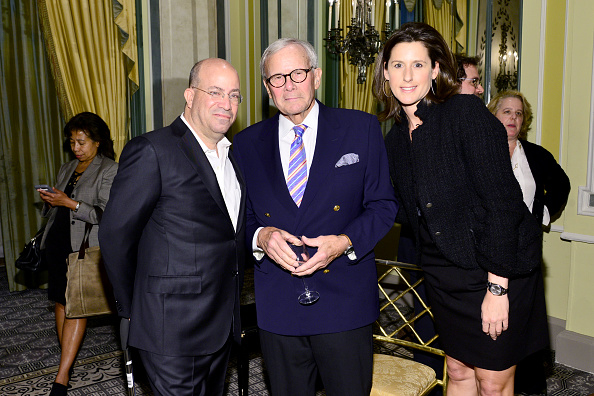 The Other Shoe Drops at CNN

Two weeks ago, when Jeff Zucker abruptly resigned as CEO for CNN for not disclosing a sexual relationship with a co-worker, we thought it odd that the co-worker in question, CNN’s executive vice president and chief marketing officer Allison Gollust, had not also resigned along with Zucker. After all, she was guilty of the same omission. The two have been friends for years but claimed that their relationship only became sexual during the pandemic, although others dispute that claim, saying that their relationship had been an open secret for much longer.

It also seemed like there had to have been more to the story than an affair between two high-ranking employees of the company. There was. As the NYTimes reported yesterday, the relationship between Jeff Zucker, Allison Gollust, and Chris and Andrew Cuomo ran deep, there were ethical improprieties between Andrew and Chris Cuomo pertaining to the sexual harassment investigation of Andrew that led to his resignation as Governor of New York, and at least the illusion of ethical improprieties concerning Zucker and Gollust, too (Gollust served at one time as Andrew Cuomo’s communications director).

In addition to that, it turns out there was more to why Jeff Zucker had fired Chris Cuomo besides the ethical violations with his brother or even the one sexual harassment allegation against Chris that had been reported at the time. As it turns out, there was another allegation concerning a woman who had worked with Chris Cuomo at ABC News in 2011. Cuomo had invited the woman for lunch, but when she arrived, there was no lunch. Cuomo “badgered her for sex, and after she declined, he assaulted her, she said. She ran out of the room.”

That was bad enough, but years later during the height of MeToo, Cuomo contacted the same woman, out of the blue, and offered to do a segment on her company. The woman claims Cuomo did so in an attempt to prevent her from coming forward with any allegations against him.

When this allegation surfaced, and before an investigation into that matter could be undertaken, Zucker quickly fired Chris Cuomo. Cuomo claimed he was fired without due process, and it’s clear that Chris Cuomo — as an act of revenge, and as part of his efforts to obtain a $60 million severance package — decided to take Zucker down with him, successfully as it turns out.

Gollust was also fired yesterday, presumably in an effort to clean house at CNN, although the news network claimed it was because she had committed numerous “violations” of company policies. Gollust did not see it that way. Gollust alleged that it was “an attempt to retaliate against me and change the media narrative in the wake of their disastrous handling of the last two weeks.”

“It is deeply disappointing that after spending the past nine years defending and upholding CNN’s highest standards of journalistic integrity, I would be treated this way as I leave,” she added.

It doesn’t appear that under Zucker and Gollust, the standards of journalistic integrity were particularly high.


← Guys Don't Know Anything About Their Girlfriends On 'Jimmy Kimmel: Live' | 'Book Of Boba Fett', 'Inventing Anna', 'The Afterparty', And More On Podjiba! →