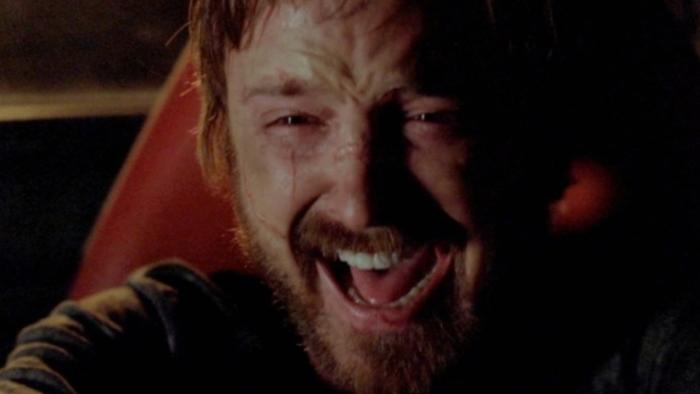 The Scant Details We Could Ferret Out of the Mysterious Trailer for 'El Camino,' the 'Breaking Bad' Sequel Movie

I’ve watched the new teaser trailer for Vince Gilligan’s Breaking Bad sequel, El Camino, half a dozen times trying to mine it for clues about the film, which premieres on Netflix on October 11th. I got nothing, although there’s probably some significance to the frequency the radio is dialed into. It looks like AM 1270, a news/talk station out of Alamogordo with the call letters KINN, which obviously means that Jesse will wind up in Kinn, a small island west of the town of Florø in Norway. Breaking Bad movie solved! 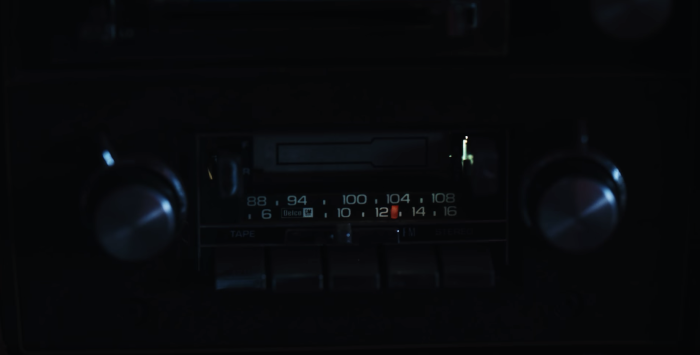 It’s probably not worth noting, but I’m going to note it anyway: That radio is not the one originally installed in a 1978 El Camino. In fact, that radio was originally designed for a Corvette, although both cars were designed by Chevy, so there could have been some crossover.

Otherwise, the teaser fairly clearly lays out the premise of the film without giving a damn thing away. Jesse Pinkman (Aaron Paul) is a “person of interest” after he flees in Todd’s El Camino following the events in which Walter White uses a remote-control machine gun to kill a group of white-supremacist meth dealers (although, Jesse manually strangulated Todd before fleeing in his car). Jesse has also clearly had time to shave, because this is how he looked the last time we saw him. 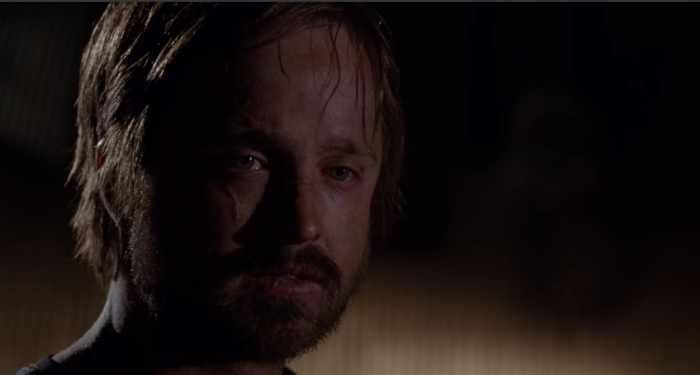 So, we can at least surmise that Jesse Pinkman has had a shower, shave, and haircut.

What happens beyond that looks to remain a mystery until the film is released, and it’s best that way, honestly. We do know that Skinny Pete and Badger will make an appearance, and I expect that Jesse will also return to his parents’ house based on the movie’s filming locations, as well the vacuum cleaner place that Ed, the Disappearer, works out of.

I’d like to believe that Jesse actually gets a happy ending, but Vince Gilligan is not exactly known for happy endings. Again, the film arrives on Netflix on October 11th, although it will also play in theaters in around 70 cities that weekend, as well.

← The 2019 Emmy Awards Was a Mediocre Celebration of Great Television | Increasingly, the Democratic Congress Is Complicit in the Crimes of Donald Trump →