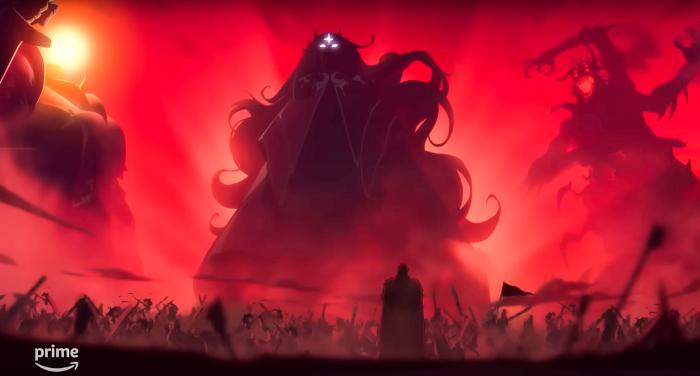 Everyone’s favorite band of merry adventurers is back! Or almost, anyway. When last we saw Vox Machina, the idiotic heroes (or are they heroic idiots?) had slayed a dragon threatening the Tal’Dorei empire before tackling the Briarwoods, rulers of Whitestone. The vampire Lord and necromancer Lady met a grisly end atop the ziggurat buried underneath the town, where the heroes learned of the threat posed by the Whispered One and discovered a mysterious hole into space. But before our heroes could get a handle on all that, the city of Emon was attacked by the Chroma Council, a band of Ancient Dragons impossibly working together.

It’s a lot, I know. Fortunately, the plot is backed up by gorgeous visuals from Titmouse, Inc. and snappy dialogue from the talented group of voice actors collectively known as Critical Role. Now, with a month to go before season 2’s release on Prime Video, we have a full-length trailer to whet our appetite for sex, foul language, and attacks from the rear.

It feels like an upgrade so far. I love the first season but it had issues with pacing and some awkward dialogue. We’ll see how the season goes, but in this brief glimpse, it feels more natural. Plus there are dragons, volcanoes, dark gods, and McGuffins aplenty. Oh, and Grog gets a beard!

The Legend of Vox Machina season 2 premieres January 20, only on Prime Video. Until then, check out the S1 musical recap and revel in the fact that the show’s already been picked up for season 3.


← 'Oppenheimer' Trailer: Christopher Nolan Goes All Mood Piece With His Most Conflicted Hero Yet | Reddit Asks the Question: 'What Was THE Incident In Your Small Town?' →