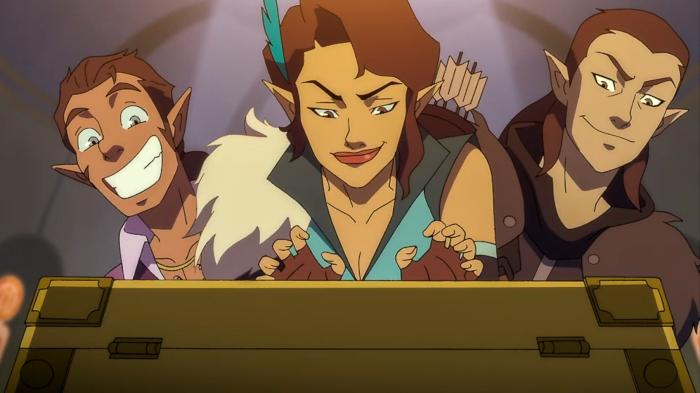 Gather round, ye filthy peasants, and harken to The Legend of Vox Machina, a tale of adventurers bold in manner and short on impulse control, doers of noble deeds and innkeepers’ daughters. For theirs is a tale steeped in history, tangled in intrigue, and backed on Kickstarter.

TLoVM sprang from the imaginations of Critical Role, a group of voice actors that began a Pathfinder campaign for veteran voice actor Liam O’Brien’s 2012 birthday. Including Sam Riegel, Laura Bailey and her husband Travis Willingham, Taliesin Jaffe, Orion Acaba, and Dungeon Master Matthew Mercer, it was an extremely talented group. Monthly sessions increased in frequency and in 2015 Felicia Day signed them to Geek & Sundry’s Twitch channel. 4 years later they left Geek & Sundry, started their own Twitch and YouTube channels, and began working for themselves. After two complete campaigns (Vox Machina and The Mighty Nein), they began a third in 2021 that continues to this day. Despite reading most of the Dragonlance books as a preteen I don’t do DnD, and I rarely listen to podcasts; even so, the Critical Role team is so good at riffing off one another that in 3 days I’ve already listened to over 17 hours of their first campaign on Spotify (I know, they’re the worst, but I don’t have another option for the first campaign).

In March of 2019, the cast reached out to Titmouse Inc., an animation studio that has worked on too many projects to list, including WandaVision, Loki, and Mythic Quest. Critical Role launched a Kickstarter to go with Titmouse’s teaser trailer for The Legend of Vox Machina, an adult-aimed cartoon for which they hoped to raise $750,000. Within 24 hours they raised over $1 million; by the end of the campaign 45 days later, they had over $11 million donated by 88,887 backers, making it the 5th most-funded project in Kickstarter’s history. The first 3 episodes premiered on Jan. 28, and I’m already hooked. 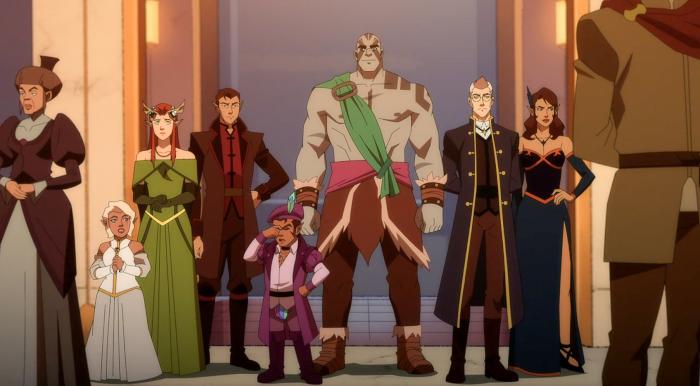 If you enjoy the Critical Role team or Dungeons & Dragons in general, this is for you. If you don’t play DnD, this is still for you as long as you like adult animation. If you listened to Kaleena and watched Invincible, or if my rave review got you to try Hit-Monkey, you know what to expect. Foul language, occasional nudity, and graphic violence interspersed with great character dynamics await you. Titmouse, Inc.’s gorgeous animation brings characters and creatures to life in stunning detail. The action is dynamic and fluid, with better motion than Hit-Monkey but the same vivid colors. The climactic battle in the second episode had me grinning so hard my cheeks hurt, and it’s possible I giggled like a schoolgirl when Grog’s catchphrase “I would like to rage” led to the kind of bloodshed I hoped for. 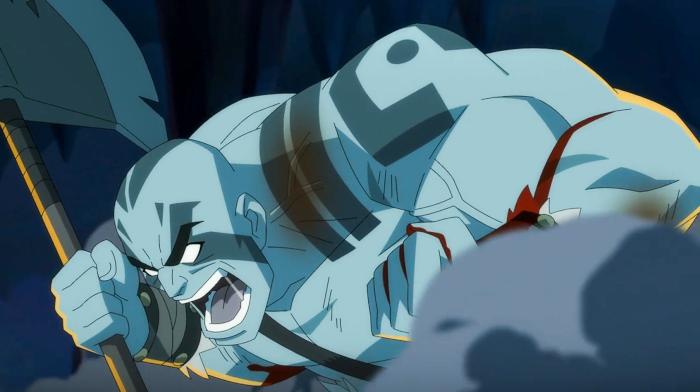 The dialogue is a bit more stilted than the CR podcast or live-streamed campaigns might lead you to expect. Professional voice actors all, the cast know what they’re doing but the animated show lacks the sort of free-flowing chatter and spontaneity that makes the original so much fun. Still, apart from Beatriz’s monotone delivery and the slightly awkward dialogue, I have no critique to offer. TLoVM’s party is loud, brash, and utterly at sea when it comes to diplomacy. They’d rather get drunk than talk politics, and between Vax’s thievery, Grog’s sudden violence, and Scanlan’s seduction of any female with a pulse, it’s a miracle they accomplish anything. Still, they play off one another quite well, and so far the plot plays to their strengths. Each episode is about half an hour and goes quickly. I’ve already watched the 3 released shows twice and I expect once they’re all out, I’ll marathon the series at least once. With each episode’s short length and a week’s wait between them, this is one series that probably would be better released all at once. Still, it’s nothing to complain about.

The Legend of Vox Machina’s hilariously violent and bickering party brings a lot of heart to what would otherwise be a fairly generic cartoon. Aided by Titmouse, Inc.’s gorgeous animation, Critical Role and its backers give life to a classic journey of monster-slaying and political intrigue that leaps above standard fantasy fare. It’s great, and I need you all to watch so they make more. Pass your Perception checks, check your Bag of Holding for snacks, and dive right in on Prime Video. 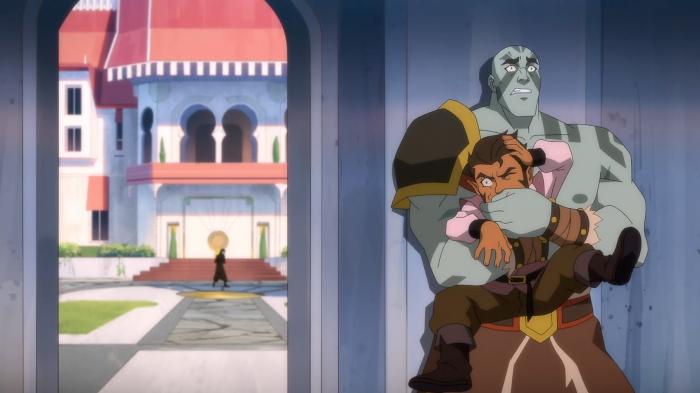