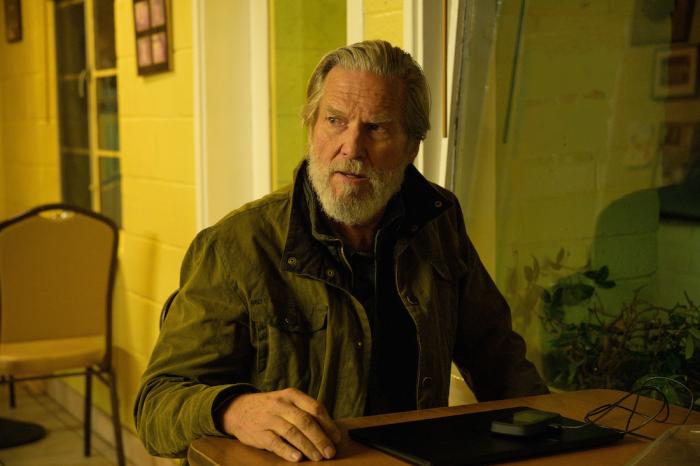 FX’s The Old Man is perfect summer television: Smart but not too heavy; action-packed, but not like the third-act of a Marvel movie; and it features two of the all-time best actors in the business, Jeff Bridges and John Lithgow. I, therefore, feel it incumbent upon me to write about it if only to bring more attention (and viewers) to the series.

The show, for the uninitiated, is a cat-and-mouse game between the FBI’s Assistant Director for Counterintelligence, Harold Harper (Lithgow), and an ex-CIA agent, Dan Chase (Bridges), who has been forced to resurface after hiding with his wife and daughter under an assumed name for the last 30 years. The rub, here, is that Harper had a working relationship with Chase and helped him go underground. In fact, after he surfaced, Harper gave Chase an opportunity to disappear again, although it would mean ending his relationship with his daughter. Chase declined, deciding instead to kill two of Harper’s FBI goons. While on the run, Chase found temporary shelter in the home of Zoe (Amy Brenneman), a depressed divorcee, with whom he quickly became intimate.

Here are the known knowns after three episodes:

— Although Harper did give Chase an opportunity to disappear again, make no mistake: Now Harper wants him dead. However, he’d prefer to have him killed without involving the FBI because Harper doesn’t want Chase to reveal any of the secrets between Harper and Chase. Harper hires a contract killer, Julian Carson (Gbenga Akinnagbe) — who also loves and cares for his grandmother — to take out Chase ahead of the FBI SWAT team.

— The connection between Harper and Chase is Faraz Hamzad (Pej Vahdat), an Afghan who — in flashbacks — has been fighting a (proxy) war with the Russians for two generations. Chase wants to help — and has promised a lot of weapons. He manages to bring Harper into the cause, as well, because Harper is tired of fighting the Russians and wants to defeat them once and for all. Hamzad is willing to work with Chase only because his wife, Belour, overcomes her initial suspicions about the United States and agrees.

— There’s an extra layer to this connection, we learn, because as it turns out, Chase and Hamzad’s wife, Belour, become intimately involved (Belour and the Young Abby Chase are one and the same). Harper helps Chase and Belour go underground and escape back to the United States.

— Ergo, if Chase’s secret gets out, Harper is not only in trouble with his bosses at the FBI, but he’s on the wrong side of Faraz Hamzad, who may be even more dangerous than the FBI.

— To wit: Agent Raymond Waters (E.J. Bonilla) may be on the team tracking down Chase at the behest of Hamzad. He is, perhaps, Hamzad’s inside man.

— The other big revelation of this episode is that Agent Adams (Alia Shawkat) is actually the daughter of Dan and Abbey Chase. This seemed likely based on the first two episodes — and the voice of Chase’s daughter on the phone calls — but for the audience, anyway, that secret is officially out in the open.

— This revelation came when Agent Adams tried to talk Zoe into going on the run with her father. Zoe declined, but she had her mind changed for her when Julian Carson arrived and nearly killed Dan. Zoe saved him by alerting Dave and Carol, who thankfully managed to fend Carson off unscathed. Dan shot Julian, but he remains alive.

— Zoe clearly didn’t want to go with Dan, which is evident by the fact that she is almost certainly in the trunk of his car. Dan’s sharp-shooting skills, however, are clearly still intact, illustrated by the fact that he was able to shoot down a surveillance drone that will prevent the FBI’s SWAT team from immediately tracking him down.

— Adams’ plan to keep Waters/Harper from killing her Dad, it seems, is to find out exactly what Hamzad wants to know and feed that information to him, which will allow Adams to keep tabs on the investigation but ultimately may endanger the life of Harper, should Hamzad learn more.

— How long has Adams been in Harper’s life? Did she take a job at the FBI to get close to Harper so that she could protect her father? What is Adams’ relationship with Harper, who she clearly sees as a mentor and father figure? What was her relationship to Harper’s deceased son? How did Harper’s son die (you don’t have a dead kid on a spy series for no reason).

— What remains unclear to me — it may have been answered in the opening episode and I missed it because I didn’t know yet to look for it — is how Dan’s cover was blown in the first place.

← Review: 'Emergency' Is a Funny, Smart, and Poignant Examination of Black Trauma and Friendship | 'The Boys' Brings Us Exactly What We've Been Waiting For →