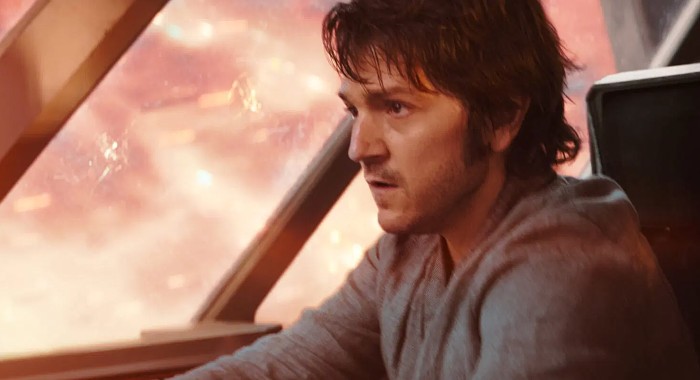 The Hype Around ‘Andor’ Episode 6 Is Real

Right upfront, I’m not sharing the following anecdote to throw anybody under the bus. I am 100% grinding an axe, but against a specific mindset, not a specific person who has very much regretted getting lured in by the Twitter Left. And understandably so. I do get the appeal. Long story short, I just wanted to put that caveat out there in case they read this and are like, “Damn, Mike.” (Although, they probably wouldn’t be surprised after knowing me for 20+ years. I’m a real treat.)

Anyway, going into the 2020 election and even for a brief while afterwards, a close Bernie-leaning friend and I would often argue about the direction of the Democratic Party like so many of us do. Whenever his arguments would smack up against the reality that Republicans exist and are reliably voted into office by people who want them to prevent progress, he’d often respond, “So we’re just supposed to shut up and take it?” That was his go-to whenever it became clear why the Democrats can’t just knock out a progressive wish list with the snap of their fingers. I’m not gonna lie. It drove me nuts. No one’s saying to stop fighting for forward progress. We’re simply trying to get you to be realistic about the battlefield and aim your fire in the right direction instead of at your allies despite whatever bullshit the White Working Class Whisperer is still trying to push.

Flash forward to Andor Episode 6 “The Eye,” which gave me serious déjà vu not even five minutes in. As Cassian and the Rebel team get ready to infiltrate the Imperial barracks on Aldhani, Manifesto Boy (or Karis, if you’re somehow following the names on this show) tells Cassian that he couldn’t sleep. Cassian assures him that it’s normal before a job, and he won’t feel tired when the time comes. Ever the naive youth, Manifesto Boy (Alex Lawther) starts pontificating about taking on the Empire. He romanticizes how the Rebellion is sticking it to the Empire by finally acting like Trump the Imperials and not playing by the rules.

Cassian’s not buying into any of this. As these past two episodes have shown, this job isn’t his first time robbing the Empire. You need to be on your shit, which Cassian most definitely is. He explains to Manifesto Boy that rules aren’t even a consideration to the Empire because it just does whatever it wants. It will just keep moving regardless of what’s in its path. Essentially, Cassian’s trying to put the kid’s head on straight before he barges into the barracks thinking righteous vibes will win the day.

“So, you think it’s hopeless,” Karis says. “You think we should just submit, be thankful and give in?” Cassian, who’s been scrounging his whole life, shuts that line of thinking right down. “Do I look thankful to you?” Only one of them will make it out of the episode alive, and the show ain’t called Manifesto Boy.

Let’s get down to it. If you’ve been on social media the past few days, or reading other entertainment sites like a pack of filthy cheaters (Are our words not pretty enough?!), you’ve probably seen lots of proclamations about Episode 6 and Andor being the “best Star Wars has to offer.” Granted, the first season is only halfway through, but that claim will almost certainly be true. And, again, that’s coming from someone who still very much loves The Last Jedi and thinks Baby Yoda is lightning in a bottle.

As I’ve been saying each week, Andor continues to slap on every level. Having a Star Wars series with actual cinematography and camera angles that aren’t restricted by The Volume is enough to feel like water in the desert. This show is beautifully directed, and The Eye is easily one of the best action sequences in the entire franchise. The writing and the visuals are firing on all cylinders. I love it so much.

Outside of the little banter between Cassian and Manifesto Boy at the top of the episode, the bulk of story involves the Rebels infiltrating the Imperial base to seal a sizable chunk of change from the Empire. Cassian proves to be an ice-cold operator who’s on his game the entire time while the rest of the Rebel team exhibit various levels of competency. Most notably, Cinta (Varada Sethu) proves to be Cassian’s equal as she keeps her head-on straight during the entire mission and quite possibly had to commit some cold-blooded murder in the process. (She totally killed everyone in that room, right?) Everything goes relatively smoothly as they make their way to the Imperial vault and start frantically loading up an insane amount of credits.

Of course, Andor is more of a Rogue One story than a Star Wars story, so naturally, the situation goes real south real quick. Despite the Rebels’ careful planning (and righteous vibes), their heist is interrupted by Imperial soldiers whose comms weren’t entirely jammed. It’s enough of a slip-up to have dire consequences. Two of the Rebel team are gunned down and Manifesto Boy gets half of his body crushed by a pallet of Imperial credits as Cassian fires up the transport ship once Vel (Faye Marsay) and Skeen (Ebon Moss-Bachrach) are onboard. 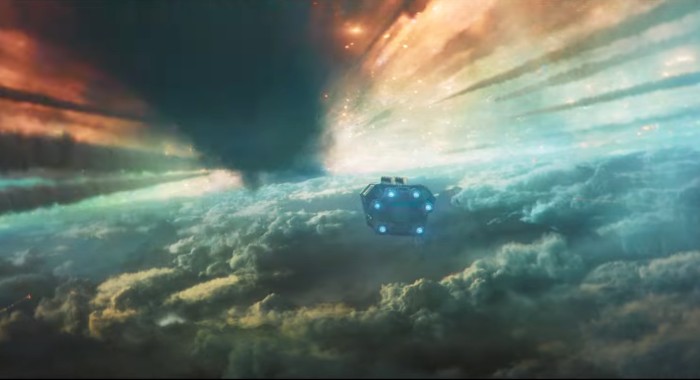 After a narrow and goddamn beautiful escape thanks to the titular Eye, Cassian heeds Skeen’s pleas to take Manifesto Boy to a doctor who was built in as a contingency plan. Vel is entirely against this idea because it will jeopardize the mission, but Cassian ignores her and heads to the secluded planet. Now, I like to believe what happens next is an absolute “f*ck you” to Book of Boba Fett. Where that show had Fennic Shand get a brand new stomach after being gut shot, and all kinds of Bacta tank shenanigans, Andor had a much more grounded outcome. Namely Manifesto Boy dying on the table. RIP, bud.

While this is going down, Cassian gets to deal with one more problem. Skeen had an ulterior motive for the doctor visit. He wants to steal the 80 million credits and split the haul with Cassian in exchange for flying them out of there. Turns out, Skeen never had a brother whose farm was taken by the Empire, and he only started trusting Cassian once he realized he’s a mercenary. However, what Skeen didn’t count on is that Cassian is a mercenary with a heart of gold. — And one who solves all of his problems by shooting people dead. RIP, bud.

With Skeen dead, Cassian goes inside to drop a whole bunch of shit in Vel’s lap. On top of Skeen trying to betray her, Cassian did what he was paid to do, so that’s it for him. He’s taking his 200 grand and peace-ing out. But before he can go, Vel insists that Cassian take Manifesto Boy’s manifesto per his dying wish. Annoying people from beyond the grave? Props, son.

Back on Coruscant, Mon Mothma (Genevieve O’Reilly) watches her pleas to an eerily empty senate fall on deaf ears as everyone’s attention is on the news of Rebels stealing 80 million credits from an Imperial base. The scene then shifts to Luthen (Stellan Skarsgård) who nearly has a heart attack as a client at his shop randomly asks if he has any artifacts from Aldhani. It turns out the dude was jokingly asking because of the robbery, which Luthen didn’t know was a “success” yet. Luthen steps into the back room where he’s freaking giddy at the news. The dude’s straight-up laughing with joy as the episode fades to black.

— Because I’m seeing digs everywhere like the petty little man I am, did anyone else clock the revelation that Taramyn (Gershwyn Eustache Jnr) used to be a Stormtrooper as a jab at the racist dorks who were mad when Finn first appeared in the Force Awakens trailer? Seemed like a neat move to canonize Black Stormtroopers.

— What the hell happened between Obi-Wan Kenobi and Andor to make the Empire so efficiently brutal? In that series, you could tie an Inquisitor’s shoelaces together and an entire Star Destroyer would blow up. In Andor, the Empire has its own CIA that will annex your entire town if you sneeze wrong. Did the Emperor start having management seminars after Darth Vader got his ass kicked again? Goddamn.

— Speaking of the ruthlessness of the Empire, Luthen is proving to be equally as cold and calculated. Yes, he just scored a temporary victory with the heist, but he basically threw Vel’s whole team into a woodchipper and hoped for the best. And if she’s his daughter like everyone’s been theorizing? Holy shit, dude. Considering this show has been a complex dive into the Rebellion and its all-powerful adversary, I have a feeling the cost of lives won’t be an issue that’s just glossed over.