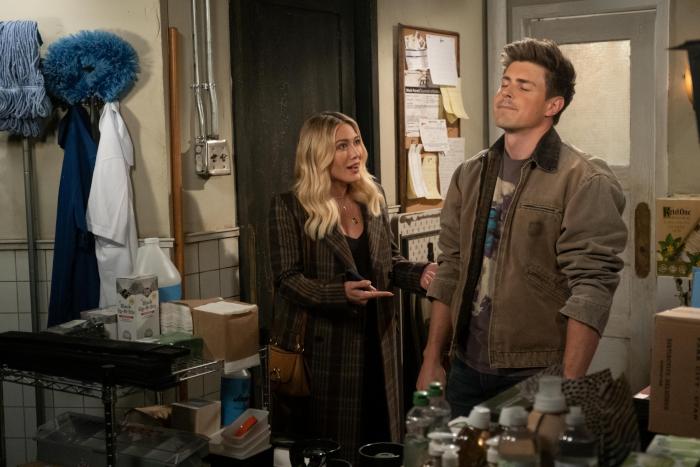 I’ve stuck with How I Met Your Father over the course of the first season even though the issues I had with the first couple of episodes — mediocre writing, a lack of cast chemistry, and generic 30-something characters — have continued to plague the sitcom. Half-hour comedies don’t always find their sea legs in their first seasons, but after 10 episodes, I feel like I should have more of a connection with these characters.

As it stands, the only two characters who do not feel like stock dating show characters are Hilary Duff’s Sophie and Chris Lowell’s Jesse, and even with two actors to whom we have had plenty of exposure, they’re only barely real. Lowell’s Jesse is another full-blown Piz, a Mosby-esque singleton who feels more pathetic than romantic. It feels like Sophie and Jesse are probably the end game — the Robin and Ted of How I Met Your Father — but it’s hard not to feel that neither deserves each other and that both deserve better. Neither one has their sh*t together long past the point in which it is cute not to have one’s sh*t together. Jessie has spent the season mooning over Sophie, while Sophie has spent the season mooning over anyone who crosses her path.

Jessie and Sophie do finally get together, at least briefly, but Sophie gets cold feet when — in classic sitcom fashion — Jessie mumbles, “I love you, Sophie” in his sleep after they have sex for the first time. Sophie puts the brakes on their fledgling relationship, but then visits the bar beneath Chris’s apartment — the bar from How I Met Your Mother — and encounters Cobie Smulders’ Robin Scherbatsky, who paid a visit to her old stomping grounds after work (it’s unclear to me exactly what the timeline is on her love life, except that she’s in between ex-husband Barney and future Ted, whom she doesn’t begin dating until 2030). 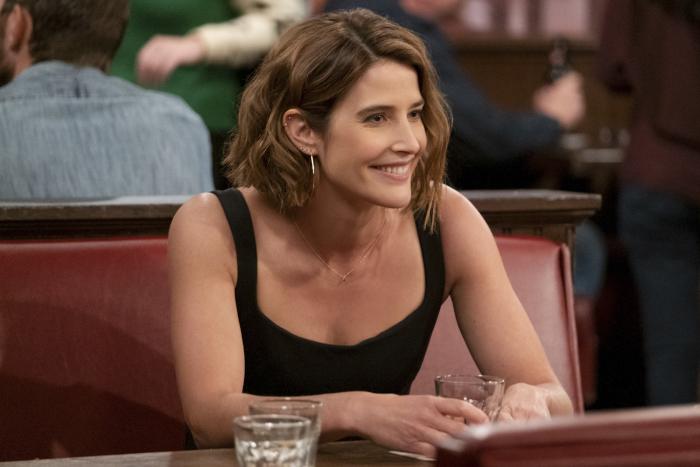 It’s Robin who advises Sophie to go back to Jessie, because he’s everything she ever wanted, even if he gave her what she wanted entirely too soon. However, when she returns to Jessie, she catches him making out with his ex, Meredith (Leighton Meester), who broke up with him in the pilot episode in a video that would go viral. When she returns to the bar to tell Robin, she offers her another piece of advice: “If there’s anything I’ve learned about love, it’s that timing is everything.”

The timing works out for Sophie in another respect, however, because another character from the original series, The Captain (Kyle Mclaughlin), loses his boat in a divorce, which just happens to be the same boat that Ian (Daniel Augustin) — a potential “father” that Sophie met and fell in love with during the premiere — was working on. He returns and reconnects with Sophie at her art show.

Meanwhile, the rest of the characters never really found their grounding. Francia Raisa’s Valentina never rose to the level of Lily, and she and Tom Ainsley’s Charlie aren’t able to provide the foundational couple the series needs. Charlie never rises above goofy British guy, and the two of them break up in the finale over another exhausting sitcom trope: A disagreement over whether to have kids. Suraj Sharma’s Sid does elope and marry his long-distance girlfriend, Hannah (Ashley Reyes), but that won’t last, because Reyes has signed on as a series regular on Jared Padalecki’s Walker. Likewise, Tien Tran’s Ellen never manages to be much more than a stock goofy lesbian character, although she does find a romantic interest in the finale because of a lost cat.

It was nice to see Cobie Smulders return, but more than anything, she serves as a reminder of what How I Met Your Father is not: It is no How I Met Your Mother and with the existing cast, it likely never will be. It’s also worth noting, that, though the 22-episode network schedule can be overkill, in the context of a dating sitcom like this, it does provide more opportunities for the existing cast to gel outside of the need to progress Sophie’s dating life. Season two, however, will be 20 episodes long, which may allow the series to develop more cast chemistry. It might also serve the show well to drop daffy British guy and add Leighton Meester as a series regular.