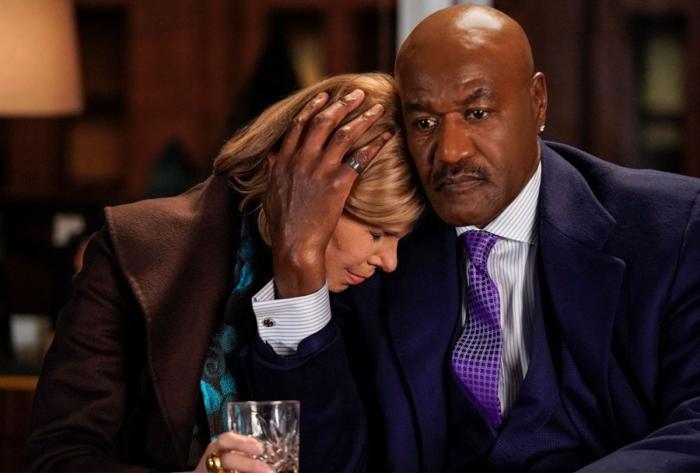 The Good Fight, like Better Call Saul, has the rare distinction of being a spin-off series that’s as good or better than the parent series (and in the case of The Good Fight, it’s not even a contest). It was one of the few shows to tackle politics during the Trump era in a way that made us all feel less alone and less out of our minds because it would deconstruct the ways in which the former Administration was gaslighting the country. It may have also been the only successful satire of the Trump presidency, mostly because it illustrated the real-world consequences of that Administration and mixed it in with a heavy dose of levity to keep us sane. It’s a remarkably good, remarkably resonant, and remarkably funny drama, and up until recently, the only reason I maintained my subscription to CBS All Access (now Paramount+, which now has Evil, also from Robert and Michelle King).

The fourth season of the series, unfortunately, was cut short due to the pandemic, an even bigger shame because the last year would have provided the series with an incredible amount of material. Showrunners Robert and Michelle King, however, found a way to incorporate the pandemic, George Floyd, the election, and the January 6th insurrection into the series without making it feel dated with a premiere episode appropriately titled, “Previously On …” In a brilliant piece of metafiction, the entire episode plays like a 50-minute previously on segment, catching us up on the events at the firm over the last year while also concluding the storyline abruptly interrupted during last season.

The fourth season was also supposed to end with the departures of two more original cast members, Cush Jumbo and Delroy Lindo (like the long-running The Good Wife before it, The Good Fight frequently juggles arriving and departing cast members, including the departure of Rose Leslie, one of the actresses the series was originally built around). Lindo and Jumbo were gracious enough, however, to return for this episode, so that their characters could appropriately be written out (Lindo is departing for another series, while Jumbo has plenty of work to keep her busy at home in the UK). Lucca Quinn, for the record, took a lucrative job working for a wealthy client in the UK (where all of her scenes were shot). Adrian Boseman retired at the end of the episode to move to Atlanta and start all over, likely in politics, having been inspired by the election results in Georgia, but not before he turned the tables on Ruth Eastman (Margo Martindale), a Democratic strategist recruiting Boseman to launch a run for office by writing a book beseeching Black people not to give into anger after the murder of George Floyd (“You’re kidding me, right? Giving in to anger is the only sane response right now,”). Before Lindo leaves the series, however, there is a hilarious moment in which his character nearly falls down an elevator shaft to his death, a tongue-in-cheek nod to the poorly handled exit of an L.A. Law character.

Their departure — and the exit of two foundational Black characters — also leaves the series itself at something of a crossroads: This was originally a show about a Black-led law firm, and now it’s lost Boseman and Quinn, leaving as its two most senior partners Liz Reddick (Audra McDonald) and Diane Lockhart (Christine Baranski). Diane, who was nearing an argument in front of the Supreme Court before the death of Ruth Ginsberg, envisions a woman-led law firm, while Liz Reddick is leaning toward reviving and solidifying its reputation as a Black-led law firm, a unique distinction in Chicago, which both she and Boseman believe is all the more important under the Biden Administration. It may, however, mean taking Lockhart’s name off the door.

It presents an identity crisis, of sorts, for both the firm and The Good Fight, and it appears as though we’ll get to see how Robert and Michelle King wrestle with this issue through the story itself. For the record, Lindo and Jumbo have been replaced, in the cast, by Mandy Patinkin and Charmaine Bingwa, but only the latter’s character is joining the firm. Meanwhile, Wayne Brady and Wanda Sykes have joined in recurring roles, while it’s unclear if John Laroquette’s character, introduced in season four, is still on the series and controlling the firm financially from behind the scenes. It’s messy, but to the Kings’ credit, they don’t shy away from the mess. They embrace it and, like any good writer, mine it for content.

In the meantime, “Previously On” also continues and closes out last season’s Memo 618 storyline, which concerned a powerful individual controlling judges from behind the scenes. Michael Boatman’s Republican judge, Julius Cain, tries to stand up to the conspirator but comes under its crosshairs and is eventually prosecuted and sentenced to seven years after being set up. Fortunately for Cain, he — along with a number of other Republican political officials — are pardoned by Trump, freeing him to return to the firm. Thank God, too, because this show gets a ton of comedy mileage out of this character’s identity as a Black Republican.

Elsewhere, the firm’s lead investigator, Jay (Nyambi Nyambi), spends most of the year in a COVID-induced coma arguing about race relations with Frederick Douglass, Malcolm X, Karl Marx, and Jesus (“I’m a historical figure, like Napoleon or Cicero,” Jesus says, “so I don’t know why people have to talk about believing in me”). I was a little worried he’d be killed off the series, too, but he survives as a COVID long-hauler (it looks like those hallucinations will be recurring). Sarah Steele’s junior investigator, Marissa Gold, decides to go to law school because she’s tired of the lawyers ignoring her advice (Marisa also drops a hilarious swipe at Scott Rudin).

If there’s one false note in the premiere, however, it’s the awkward appearance of Michael Bloomberg, playing himself. It’s more than offset by the continued presence of Gary Cole’s Kurt McVeigh, the only Republican on television worth a damn. It’s going to be a good season.

← 25 Years Later, 'The Hunchback of Notre Dame' is Still Disney's Bravest Film | Review: 'F9' Has Entered the Tyson Zone and Nothing Matters Anymore →