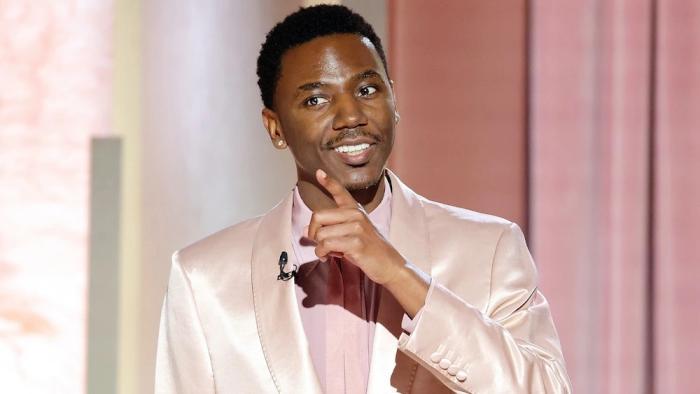 The Golden Globes Did Everything Right, Except Attract Viewers

For an embattled awards show confronting its own scandals and returning after a year off the air, I thought the Golden Globes did a remarkable job of taking steps in the right direction toward redemption. Jerrod Carmichael was the perfect host — someone who could be openly critical of the Hollywood Foreign Press instead of a shield the Hollywood Foreign Press could hide behind. The ceremony was amusing, most of the celebrities returned, and whatever changes the HFPA made to its composition certainly resulted in a more diverse field of winners. The ceremony also resulted in a lot of Twitter activity during its broadcast, as well as the following day, and the online conversation about the ceremony seem to hum along for most of the day.

And yet, the ratings for the broadcast itself were dismal: 6.3 million viewers. Compare that to the 18 million viewers who watched it in 2020, or even the 6.9 million viewers who watched the pandemic-delayed ceremony in February of 2021. That’s bad, although it does reflect a larger trend of viewers checking out of three-hour awards ceremonies and catching the highlights online the next morning. Indeed, as low as the 6.1 million viewers were, it still fared better than the Emmys, which celebrates a more popular medium now and was not confronted with scandal. Airing on a Tuesday night (instead of its usual Sunday night slot) didn’t help matters, either, but the NFL added a week onto its season, so the Golden Globes had no choice, lest it air against the insanely popular NFL instead of having the NFL be its lead-in (as was the case in 2020).

The ratings for this year’s Golden Globes were so low, in fact, that NBC may not renew its contract with the GG’s, for which it pays $60 million a year. That puts the future of the Golden Globes ceremony in doubt, which I would have been fine with two days ago. However, after being reminded that the ceremony itself is the most lively of the awards ceremonies, I’m not as keen to let it go. We don’t have a lot of events like this in our world — if the Oscars are the Super Bowl of the industry and the Emmys are the World Series, the Golden Globes are at least the equivalent of a Game 3 of the NBA Finals.

The thing is: Even if the ceremony itself is lousy, it’s fun to talk about (even if what we’re talking about is how lousy it is). The problem is, far fewer people want to devote three hours to the ceremony, but they still want to watch highlights and chat about it and it’s good promotion for the movies (I finally got around to watching The Fabelmans after it won the Golden Globe for Best Picture, for instance). But there are no highlights to watch the next morning unless it airs.

I don’t know what the solution to that is. It would be fun if it aired commercial-free on Netflix, in which case it could air in two hours instead of three, but live events don’t do that well on Netflix, which likely won’t be inclined to spend $60 million for the rights. Amazon Prime might be a better home for it because Amazon has more money than God, they have some experience with live events (NFL’s Thursday night game), they actually have more U.S. subscribers than Netflix, and Amazon could use the event to promote itself — its own products, its own television shows and movies. It won’t be seen by 18 million people, or even 6 million people, probably, but the industry will watch it, and so will pop-culture enthusiasts, and so will Twitter and entertainment sites like ours, so it will still be a topic of conversation the next day.

Better still, throw the Golden Globes to the wolves, introduce alcohol to the Critic’s Choice Awards, and air that on Prime Video, instead. You know it will get a lot of coverage the next day because it would be a boon to both the industry and the journalists and critics who write about the industry. We are all a solipsistic bunch — we’ll promote it ourselves. Also, the Critic’s Choice awards make much better decisions than the Hollywood Foreign Press, so it’s a win-win-win.


← Desi Lydic Wants New Yorkers To Admit They Lie Like George Santos | Rachel McAdams Is a Mom in the Trailer for 'Are You There God? It's Me Margaret' →