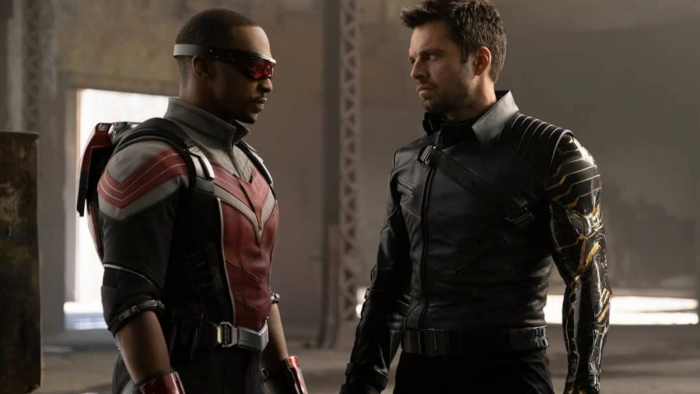 Previously on the Marvel Cinematic Universe: The events of Avengers: Infinity War and Avengers: Endgame left Loki, Heimdall, Vision, Black Widow, and Gamora dead, billions of people (including Black Panther, Groot, Falcon, Spider-Man, Nick Fury, Maria Hill, Drax, Peter Quill, Mantis, and Doctor Strange) snapped out of existence for the next five years thanks to Thanos using the Infinity Gauntlet before being snapped back into existence thanks to The Hulk, and Iron Man sacrificing his life to defeat Thanos once and for all, leaving behind his wife, Pepper Potts, his daughter, Morgan, and his friends. Captain America traveled through time to return all mystical objects (such as Mjolnir) back to their respective timelines, and also reunited with Peggy Carter so they could finally have that dance and live happily ever after. He then returned to the present day (elderly, and looking very much like he and President Biden were separated at birth) and gave his shield to Falcon, so that he would take over and become the next Captain America.

And that’s what you missed on Glee.

THE STORY SO FAR: Sam Wilson is once again working with the U.S. Air Force and is recruited to rescue one of its members: an Air Force captain held hostage by a terrorist group called the L.A.F., led by Georges Batroc, who was last seen in Captain America: The Winter Soldier. After the successful completion of that mission, he has to deal with giving Captain America’s shield to the government (who tell him that doing so is the right decision) so that it will be on display at the Smithsonian, and helping his sister, Sarah, keep her fishing business afloat so that their family boat won’t need to be sold. Meanwhile, Bucky Barnes, who has been pardoned for crimes he committed while brainwashed as the Winter Soldier, has been attending government-mandated therapy sessions (where he refuses to admit to his therapist that he’s still having nightmares of the crimes he committed while brainwashed as the Winter Soldier) and trying his hardest to make amends and earn some semblance of redemption, including befriending an elderly Asian man whose son was murdered by Bucky during one of his earlier missions, though he doesn’t know what happened to his son or who is responsible for his death. The newest threat to national safety who they will both end up crossing paths with: a terrorist group called the Flag-Smashers, who firmly believe that life was better during The Snap (no, I’m not calling it The Blip, which sounds like Thanos’ cat stuck its tongue out and that’s what caused half of the planet’s population to disappear) without any borders and without order, and who want the world to adopt that way of living once again.

WHAT’S GOOD ABOUT THIS EPISODE?: The opening action sequence of Falcon having to pursue and battle Batroc and his L.A.F. henchmen while in mid-flight, and also inside planes and helicopters. Bucky’s friendship with Yori, which leads to Bucky being set up on a date with Leah, a bartender who is not at all opposed to spending more time with him. Bucky and Leah’s actual date, which goes really well until Leah brings up Yori’s son and reminds Bucky how guilt-ridden he is feeling about lying to Yori regarding who he is and what he’s done. Sam’s conversation with Rhodey. Sam visiting Sarah and promising to do what he can to help her stay in business, which unfortunately leads to the two of them being rejected for a loan by a banker who doesn’t recognize Sam as The Falcon (and who immediately assumes that he must be some kind of athlete), doesn’t comprehend that his recent lack of income is because he was snapped out of existence for five years, but who still has the Caucasity audacity to ask Sam if he’d be willing to pose for a selfie. Bucky’s appointment with his therapist, Dr. Raynor (played by Amy Aquino, who has definitely been moving up in the world since her days of working as Tess McGill’s secretary assistant), where she reminds him of the advice she has given him on what to do to try and make amends and how to do it, while also reminding him that her bullsh-t detector is a strong one, and him refusing to open up and let himself be helped by her isn’t helping at all. Torres doing what he can to try and apprehend the Flag-Smashers, only to learn very quickly and painfully that one of its members has superhuman strength and has no intention whatsoever of being taken into custody. And the closing scene, in which Sam watches the press conference with increasing disappointment, anger, and discomfort where it is announced that the government needs a new hero who “embodies America’s greatest values…[to] inspire us again…[who will] be a symbol for all of us” and that new hero is none other than the new Captain America, who is named John Walker (played by Wyatt Russell, whose father is a somewhat well-known character actor you may recognize), and who is, of course, a White man. 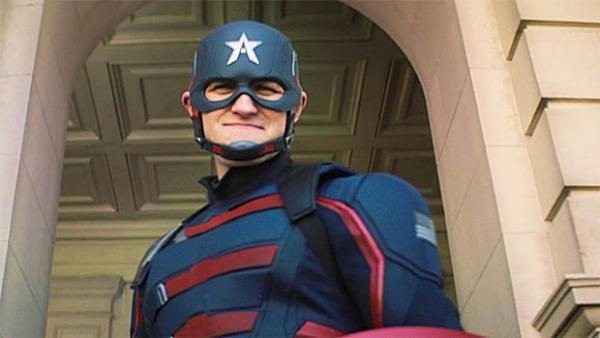 WHAT’S NOT SO GOOD ABOUT THIS EPISODE?: Other than the complete lack of Kathryn Hahn, nothing comes to mind.

DOES STEVE ROGERS APPEAR IN THIS EPISODE?: No, but we do hear a snippet of his conversation with Sam during the final scene of Avengers: Endgame, in which Sam tells Steve that the shield feels like it belongs to someone else.

MEPHISTO?: If you want, you can pretend that Mephisto is the annoying banker who refuses to give Sam and Sarah the loan they’re requesting. Beyond that, we don’t see Mephisto or get any references to him.

MICHONNE?: No, and you’re thinking of the wrong show.

CARL?: No, because he’s still dead, and also because you’re thinking of the wrong show.

DO ANY OF THE AVENGERS APPEAR IN THIS EPISODE?: James “Rhodey” Rhodes, a.k.a. War Machine, appears at the Smithsonian where Sam gives his speech honoring Steve/Captain America and returns the shield, and the two go on to discuss why Sam refuses to take over the mantle.

DO SAM AND BUCKY GET ON EACH OTHER’S NERVES?: According to Dr. Raynor, Bucky has been ignoring Sam’s text messages. Other than that, they don’t see or speak to each other in this episode.

DO SAM AND BUCKY MAKE OUT?: Which part of “they don’t see or speak to each other in this episode” do you not understand?

DO WE GET TO SEE SAM AND/OR BUCKY SHIRTLESS?: We get to see Bucky shirtless and sweaty early in the episode, but it’s a result of him sleeping on the floor of his apartment and waking up from a PTSD-related nightmare of him murdering Yori’s son, along with several others. So if that’s something that makes you want to do the Five-Knuckle Shuffle or double-click your mouse, have at it.

ANY EASTER EGGS WE SHOULD WATCH OUT FOR?: Bucky sleeping on the floor of his apartment instead of in an actual bed is reminiscent of Steve and Sam’s very first conversation with each other, as they discussed what it feels like trying to live a normal life after coming back home from wartime. One of the many posters on display at the Smithsonian in honor of Captain America, particularly Sam and Rhodey’s conversation, is the cover of Captain America #1, which of course shows Cap punching Adolf Hitler in the face. The Flag-Smashers share the name of a Marvel character called Flag-Smasher, an anti-nationalist terrorist who believed that “…humanity needed to do away with the concept of countries and nationalism that made people feel superior to those of different nationalities.” And the new Captain America is actually John Walker, who is also known in the comics as U.S. Agent, and has gone back and forth between being a hero and a villain, but whose views on patriotism differ from the views of Steve Rogers.

I’M NOT THE ONLY ONE WHO THINKS THAT STEPPENWOLF NEEDS A HUG, RIGHT? ALL HE WANTED TO DO WAS GO BACK TO HIS HOME PLANET!: Well…judging from the many tweets I’ve seen about Zack Snyder’s Justice League these last few days, you’re not the only one who wants to give Steppenwolf a hug (though his armor covered in retractable blades would probably make that somewhat difficult) and make him feel better about the fact that his family treats him like crap. I also just saw a tweet recently that referred to Steppenwolf as “Step-On-Me-Daddy,” so don’t mind me as I step away from this recap so I can make a brief phone call… 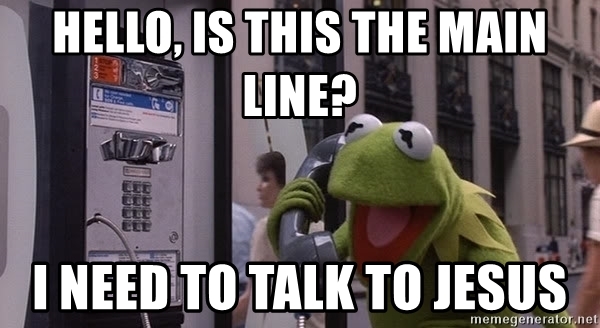 TO SUM IT ALL UP: This was a strong opener to the series, and though we don’t immediately get to see Sam and Bucky onscreen together, we still get to learn more about who they are, what makes them tick, and what demons they are struggling to overcome. The highlight of the episode is Sam watching the government announce rather quickly that there is a new Captain America and making it very clear who and what they want representing America as a superhero, though the question of whether or not John Walker is a worthy successor to Steve Rogers as the new Captain America is a question that will keep us all tuning in so that we’ll discover the answer. (For now, people have just been pointing out on Twitter than Captain America 2.0 looks like the Walmart version of Captain America, that he looks like Carl from Up, and that he just simply looks racist as hell, and looks like how Dave Chappelle once described Mark Fuhrman on Chappelle’s Show: “As a person that says ‘nigga’ a lot, trust me: That nigga says ‘nigger’ all the time!”)

It is all very reminiscent of the “24/7 bad” scene from Before Sunset, in which Celine argues with Jesse and tells him about what her life and her romantic relationships have been like during the past nine years, and states that even though she had no real interest in marrying any of her ex-boyfriends who went on to marry others and then thank her for helping teach them what love really is, what really hurts is that none of those ex-boyfriends asked her to marry them, to spend her life with any of them, that none of these men even saw her as someone who they would want to spend their lives with.

And that is the realization that dawns on Sam and Sarah’s faces during that press conference: this country, which Sam has fought for and defended against enemies foreign and domestic, long before he even suited up as The Falcon to fight alongside Captain America and the Avengers, is now telling him that they don’t want him representing them as their hero, that the very thought of even asking him to represent them as Captain America is not a thought they ever chose to entertain, and that they don’t think he deserves to be the one to have Captain America’s shield. I’m curious to see how these next five episodes play out, whether Bucky will find a way to make peace with his past as The Winter Soldier, and if Sam decides that Steve was right: that the shield and the mantle really belong to him now, and not to someone else.

All that being said, I really do miss Jon Bernthal as Frank Castle, a.k.a. The Punisher, mostly because I’d love to see him share the screen with Sebastian Stan as Bucky and have them do a live-action adaptation of Alex de Campi’s satirical comic strip Hell’s Kitchen Movie Club. Which, as I’ve already said before, is a comic that very much deserves your attention.

This episode of The Falcon And The Winter Soldier has been brought to you by “Funeral For A Friend/Love Lies Bleeding” by Elton John: