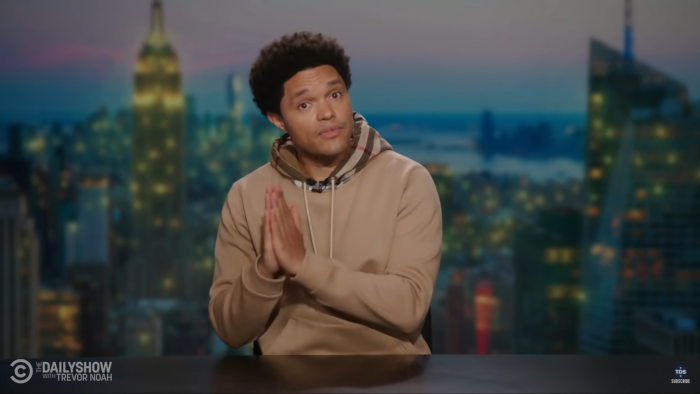 'The Daily Show' Tackles The History Of Religious Exemptions In The U.S.

Weeks ago, I was told I could return to one of my part-time jobs. The company in charge sent out onboarding paperwork that included proof of vaccination forms and religious exemption paperwork. As a new father, this concerned me. I did not want to be put in an environment that included people who were willfully not getting vaccinated. Like any good Millennial, I complained about it on Facebook. I received a response from an old college friend that made me… reevaluate our friendship.

This person told me that “vaccinated people spread the disease just as much as unvaccinated people” and that I should “pray and God will take care of everything.” I was none too pleased with this recommendation. I knew what I was getting myself into, turning to social media. What I did not expect was to visit this person’s page and find a slew of similar statements. They had even shared videos. Videos of Evangelical Priests saying things like, “They turned white against Black, now they are turning vaccinated against unvaccinated.” I had no idea that the idea of religious exemption had stirred up such fervor. According to The Daily Show, this is nothing new.

I am aware that people have used religion as an excuse to not do things. I was aware of that before seeing this segment. Sometimes it’s helpful to see it laid out and explained. Sometimes it’s worth figuring out when this kind of thinking started. The idea presented by Trevor Noah is that this stems from the First Amendment. Freedom of Religion. However, in a turn that should be shocking to no one, that Amendment has been twisted and turned for nefarious purposes.

The fact is, most religious institutions are encouraging their members to get vaccinated. There are just individuals out there, like the Priest my former friend shared, like a woman in this report, who are pushing it for their purposes. Control. Money. General disobedience. It’s all there.

To me, all of this feels the most insulting to people who can’t get vaccinated for legitimate, medical purposes. They have no choice and now will be put further into harm’s way. It doesn’t have to be this way, but that hasn’t stopped people before. Measles was, at one point, eradicated. They have returned. COVID could be wiped off the planet, yet it persists. The question now is not “when will some people learn?” The question is, “What treatable disease will be allowed to flourish next?”

← Trailer: Do We Need Another 'Cyrano'? Will You Reconsider for Peter Dinklage? | "Locke & Key's Season 2 Trailer Is Out and I'm Not Holding My Breath →