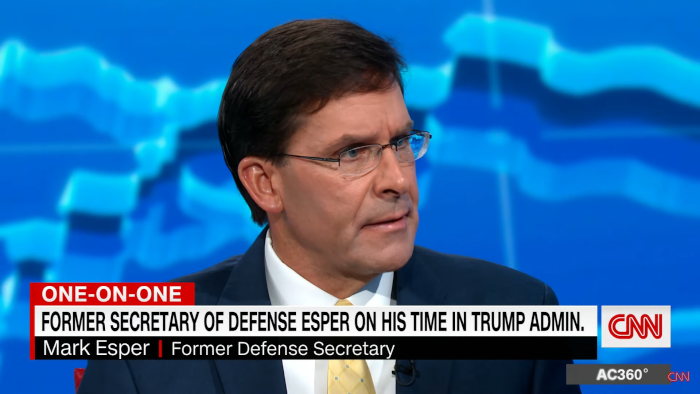 A fad among former Trump officials is the book tour. People who worked closely with the President are telling us what we all knew: That he was unhinged, unprepared, and deeply stupid. Some have even referred to him as a threat to national security. Yet, all of them waited to “warn” us. None of these dire situations were important enough to tell us when it mattered. It’s all about them saving face in the aftermath and leaving the door open to support Trump in the future.

In a new video from Michael Kosta of The Daily Show, he mimics a lot of the silliness we’ve heard from some of these officials. Sure he embellishes, but it’s not that far off. He toes that line between real and ridiculous, which is where The Daily Show is at its best. If anything, I wouldn’t be surprised if some of the things I thought were jokes were things people said.

I’m glad The Daily Show did this bit. I was thinking about it yesterday. My thoughts were spurred by a different source. There was a reporter who spoke to Lindsey Graham on January 6th. Graham said, in a recording from that day, that he was done with Trump, and that Biden was the best person to lead the country. Pretty damning stuff. Unfortunately, it was released over a year later, presumably to help book sales. Yet, it’s being touted as something Americans needed to hear.

People want to be seen as heroes. The problem is, that they don’t want to be heroes.

← Chicken Soup for the Soul Acquires Another Carcass: Redbox | Trailer: The Alien Conspiracy Guy from Blink-182 Directed a Movie About Aliens →