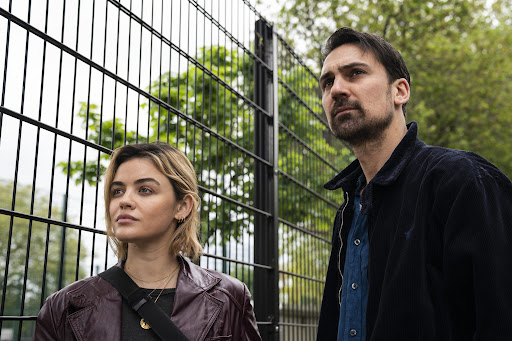 Stream It Or Nah: The Stitched Together Serial Killer Drama, 'Ragdoll'

Ragdoll, now airing on AMC+, is another one of those British-U.S. co-productions, here executive produced by the folks behind Killing Eve, who bring to the gruesome detective series a similar dark sense of humor. It stars Henry Lloyd-Hughes (also from Killing Eve) as DS Nathan Rose, a cop who has a mental breakdown and is institutionalized after some faulty police work results in the release of the Cremation Killer.

Two years later and back on the force, Rose is emotionally fragile, suffering from PTSD, possibly suicidal, and yet assigned to another case with a connection to the Cremation Killer. Specifically, he and his partner, DI Emily Baxter (Thalissa Teixeira), discover a corpse stitched together from six other corpses — hence the “Ragdoll” — including the face of the Cremation Killer. During the investigation, the Ragdoll killer taunts Rose and Baxter with a kill list including six people, the last of which is Nathan Rose himself.

The murders are disturbing, as with any good, bleak British serial killer drama, but they’re offset some by the series’ morbid sense of humor. The wildcard here is Lucy Hale (Pretty Little Things), who plays DC Lake Edmunds, recruited from America. Hale feels like someone out of a completely different, deeply American cop show, as though someone like Rose McIver’s iZombie character was plopped into a season of Luther. She plays a young, woke cop skeptical of Rose’s ability to work a case so soon after being released from a mental institution, and while it’s tonally jarring, it also doesn’t not work.

The series is based on a novel of the same name by Daniel Cole, and it very much feels like a show based on a serial-killer novel. That is to the series’ credit, even if sometimes it feels like you can see the words on the page. It is grisly — one guy is repeatedly bitten in the face by a poisonous snake, for instance — but it’s otherwise not a particularly inventive or original series. That is to say, it’s not a series like Mare of Easttown that might appeal to a broader audience, but if off-kilter serial killer dramas are your bag — as they are mine — Ragdoll will service that itch.