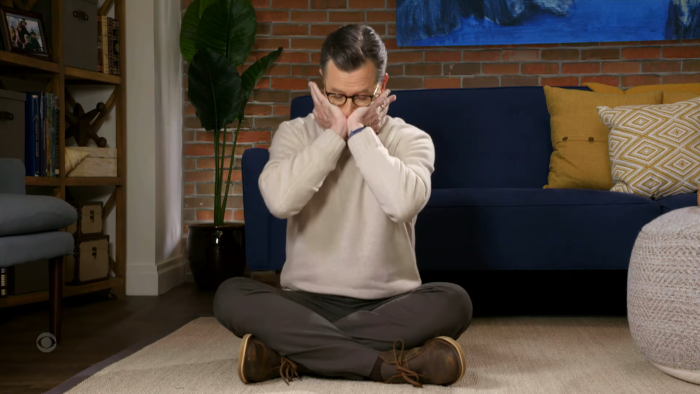 Stephen Colbert has returned from his bout with COVID! Just as Jimmy Kimmel is having to step away after testing positive. You know, I haven’t ever seen them in the same room. Regardless, Colbert’s return is a much-needed distraction. If you don’t have your head in the sand, you’re likely aware of the Supreme Court’s latest attempt to mold this country into an oft feared dystopia. For now, let’s focus on Colbert talking to kids!

Stephen took time to answer questions from young children in a segment called Stephen Doesn’t Care About Your Kids. Just getting to the name of the segment was funny. From there, it was off to the races. There’s something about Stephen Colbert that already feels childish, and I mean that in the best way possible. He’s more than happy to play and not take himself too seriously. Yes, these should be qualities that any late-night host possesses. With Stephen, it just feels incredibly genuine.

I also appreciate that this is a segment about kids that feels like kids could watch it. It’s not about making kids the butt of the joke. Here, Colbert is giving them hilarious and sometimes inventive answers to questions they asked. He’s taking them seriously by not being too serious. He’s also clearly having a blast while he’s doing it.

Colbert is back and he’s doing what he does best. Use that as a distraction for as long as you can because things are about to get rough.