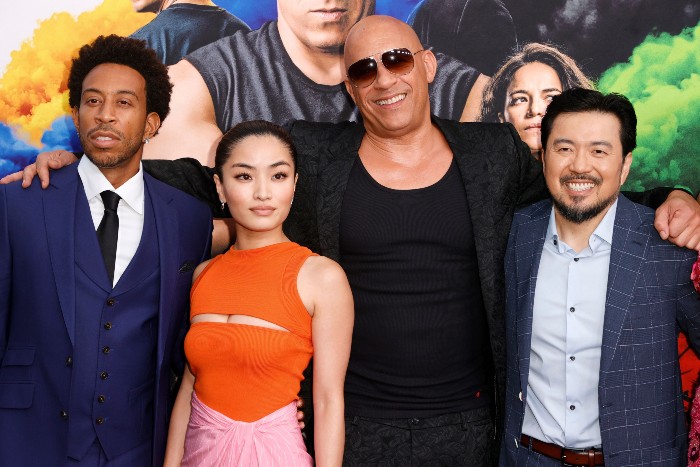 Following the news that Justin Lin abruptly quit production on Fast X barely a week after filming starting, it was only a matter of time until the reason for that decision came to light. In a bit of news that’s going to sound very familiar if you followed the situation with The Rock, Lin reportedly exited the film after being fed up with Vin Diesel. According to New York Daily News, Diesel allegedly showed up late and “out of shape.” And, now, a new report claims that Lin reached a boiling point with Diesel over script changes that caused the director to walk for the sake of his mental health. Of course, Diesel’s lackadaisical attitude is evident in the movies themselves. If you’ve been watching from the beginning, it’s jarring how Diesel goes from being goddamn electric in the first film to a monotone blob who mumbles about “family” in between CGI explosions. Generously, he’s a notch or two above phoning it in. (THR)

Welp, the Johnny Depp stans got to Drew Barrymore. (Dlisted)

Bill Murray is apparently confirming that he caused Being Mortal to stop production: “I did something I thought was funny, and it wasn’t taken that way.” (Celebitchy)

RIP The Wonder Twins movie nobody asked for, and best of luck, Blue Beetle, which is not looking good right now. (AV Club)

“For years, a Grey’s Anatomy writer told her personal traumas in online essays, and wove those details into the show’s plot — until a surprising email to Shondaland accused her of making it all up.” (Vanity Fair)

You know he’s thinking it… pic.twitter.com/Tx16CAPYsW

After four long years, Blac Chyna lost her lawsuit against the Kardashians and will be taking zero dollars out of their reality show hides. My condolences. (Daily Beast)

From Claude: Huh, John Woo’s English remake of The Killer will apparently be for Peacock now. (/Film)

When esmemoria wants a book that will distract her, she reaches for a thriller. The Locked Door by Freida McFadden was perfect, "there was no point where I wondered why I was there." What do you read when you need a break? (Cannonball Read 14)