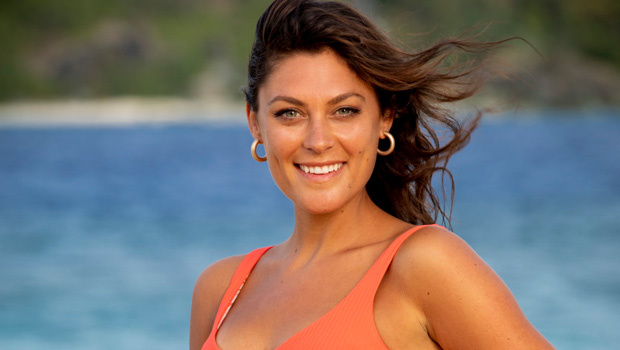 Spoilers: Let's Talk About Episode 4 of 'Survivor: Winners at War'

Spoilers for the fourth episode of the 40th season of Survivor: Winners at War.

After an intense first three episodes of the season, the fourth episode maintained the drama on both Extinction Island and in the Immunity Challenge, but all the obfuscation in the editing could not create any suspense in who would be voted out this week.

Tyson Apostol becomes the fifth player voted out of Survivor: Winners at War as players on both tribes, really, seemed intent on breaking up any possible Boston Rob alliances. Tyson has been the target since Dakal’s very first Tribal Council, and he only escaped then because Boston Rob’s wife was also on his tribe. Tyson, however, was next to go by virtue of playing in a previous alliance with Rob and playing in a poker tournament with Rob and Kim. Tyson not only has friends on Sele, but he’s historically very good at manipulating votes. Alas, he had to go, and unfortunately, that would have put Kim next on Sele’s sh*t list were it not for the fact that there will be a tribe swap in next week’s episode.

Speaking of next week’s tribe swap, in the preview for the episode, not only do we learn that there will be a tribe swap, but Michele Fitzgerald notes that she will be on the same tribe as her ex-boyfriend. Who is her ex-boyfriend? Apparently, according to Internet rumor and the process of elimination, Michele used to date Wendell Holland, the winner of Ghost Island. In fact, after the episode ended — just as Michele noted in the preview that she’d be on the same tribe as her ex — Wendell tweeted:

MICHELE AND WENDELL GET BACK TOGETHER AND PULL AN ALL STARS ROB AND AMBER CHALLENGE #Survivor pic.twitter.com/jl47n4G7rJ

MICHELE AND WENDELL DATED!?! WHATTT THIS BOUT TO BE INTERESTING #Survivor pic.twitter.com/o5VAyVIZVd

It is also worth noting that Dakal only ended up at Tribal Council because Sele and Nick (who is the worst) blew a commanding lead in the challenge. Sele could not get it together during the first part of the challenge, as Adam, Denise, and Parvati tried to grab the buoy/key in the challenge and repeatedly missed. After several tries, however, Adam finally managed to secure all three keys (and patted himself on the back for some reason), leaving Sele in a deep hole. However, Boston Rob managed to quickly do the puzzle while Nick (the worst) and Sarah floundered, taking the puzzle apart and starting all over. It was a very dramatic finish for the beleaguered Sele tribe, who won their first Immunity Challenge since the premiere episode.

Meanwhile, on Extinction Island, the producers asked the marooners to participate in what may have been the hardest challenge I’ve ever seen in Survivor. For an opportunity to win a Fire Token, Natalie, Ethan, Amber, and Danni had to hike a mountain 20 times each to retrieve firewood. The challenge nearly did Ethan in. The cancer Survivor needed some medical help, but after a brief rest, he managed to complete the challenge and the three women returned with him for final hike in what was an inspirational and bonding moment for all four of them.

We are all crying and we love you @EthanZohn AN INSPIRATION.

← Spoilers: Here's Who Has Been Unmasked So Far on Season 3 of 'The Masked Singer' | No, Donald Trump, It Is Not OK to Go to Work with the Coronavirus →