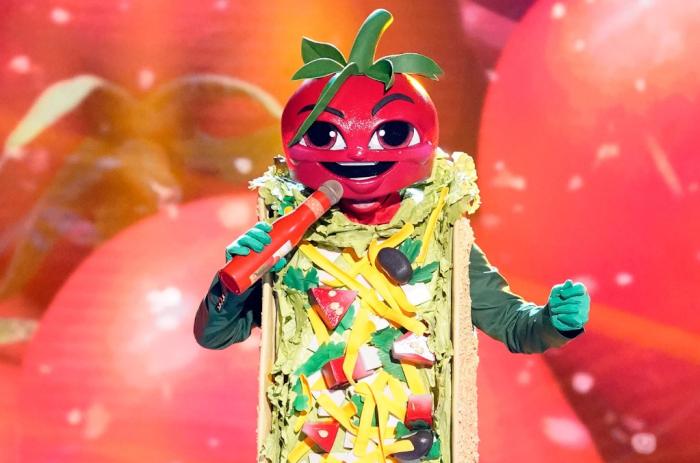 Shaq lost a bet to Dwyane Wade and it wasn’t a regular monetary bet. Shaq paid up and was a very good sport about it! - (HuffPo)

Jessica Biel can’t even get a birthday wish from her husband that isn’t centered around him. Ugh. - (Lainey)

We have zero interest in watching The Masked Singer, but it’s always interesting to hear about what level of celebrity is willing to perform behind a mask on the most popular show on television. Here’s who has been unmasked so far this season: Lil Wayne, Drew Carey, Chaka Khan, Tony Hawk, Dionne Warwick, and on tonight’s episode, Dancing with the Stars host, Tom Bergeron. (TVLine)

Seriously, who writes to a local newswoman (it’s always a woman, never a newsman) to tell them their body is displeasing in some way? - (Cel ebitchy)

I meant to share this earlier this week but got distracted. If you’ve already seen it, watch it again. If you haven’t seen this yet, enjoy?

Be a Lady They Said from Paul McLean on Vimeo.

We have several political articles up, so I don’t want to clog yet another space, but this article touched me. This part, in particular, made me nod my head sadly: “Whoever the nominee is, their campaign is going to have to come to terms with the intense misogyny so many female voters have dealt with — and understand that it’s an issue we care deeply about. And their supporters are going to have to let us be sad — depressed, even — that once again we’re going to watch a race to leadership between old white men.” - (Medium)

While we’re talking about politics, though, I watched the clip of Symone Sanders grabbing that protester over and over and over last night. I want a movie with her and Dr. Jill Biden as a couple of badasses just being badasses. - (The Root)

And just to make sure you see Dr. Jill stopping the protester before Symone Sanders removed her ass. - (News and Guts)

TK may have left us, but we keep tabs on him. This is going on at his house now.

Meanwhile, in the background, Louise: pic.twitter.com/qbVyUx8lkX

Antonio Sabato Jr. claims that being a Trump supporter ended his career. To the majority of you who are saying, “Antonio Sabawho?” I say, exactly. You did that all on your own, son. - (Dlisted)

I’m personally opposed to the Death Penalty for a couple of reasons, but one of the main reasons is the number of people who have been pronounced innocent after originally being declared guilty. Here are just 13 that the California Innocence Project have helped free from their wrongful convictions. - (Ranker)

Do you foresee getting questions from kids about death? ASKReviews is a fan of mortician and author, Caitlin Doughty, and recommends Will My Cat Eat My Eyeballs: Big Questions from Tiny Mortals about Death. "She has a way of making death feel less terrifying and more another interesting part of life." (Cannonball Read 12)

← Matt Reeves Releases New Images Of 'The Batman' With His Batmobile | Spoilers: Who Is Michelle's Ex Boyfriend on 'Survivor'? →