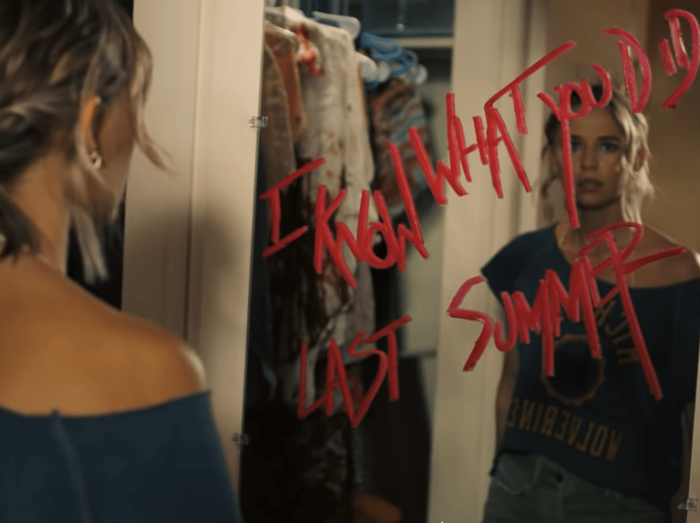 Spoilers: The Wild Ending to 'I Know What You Did Last Summer' Explained

I had some issues with Amazon Prime’s I Know What You Did Last Summer series, mostly in that it was an eight-episode series that could’ve been told in a 100-minute movie, but I’ll concede this much: They stuck the landing. It was unexpected, subversive, and wicked. It took too long to get there, and there weren’t nearly enough kills, but the conclusion is satisfying, albeit in a way that might piss off some viewers, which is all the more reason to like it.

Let me back up a moment and lay out the premise again: The series centers on identical twins Lennon and Alison. Lennon is popular. Alison is not. After a wild night of partying before heading off to college, Lennon and Alison get into a fight. Alison gets into Lennon’s car and is joined by all of Lennon’s friends, who believe Alison is Lennon. While driving, Alison accidentally runs over and kills Lennon, and since all of Lennon’s friends think she’s Lennon, Alison assumes her sister’s identity. Alison, along with Lennon’s friends, cover up the death of Lennon.

The next summer, when everyone returns to town from their respective colleges, Alison (again, posing as Lennon) gets the now-familiar “I Know What You Did Last Summer” message written on her mirror, and there’s a decapitated goat head in her closet. Over the course of seven episodes, someone starts picking off all of Lennon’s friends one by one. A few adults are killed off, too. Alison and Lennon’s estranged mother — who they were told was dead — also returns, and she has something to do with a cult, but it’s a red herring. So is the involvement in the cult of their father and his creepy ex-wife. 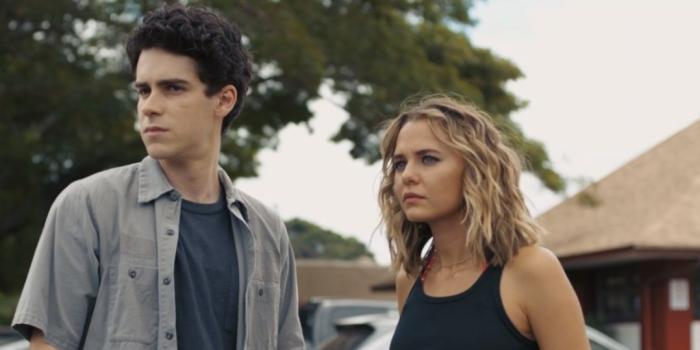 There are a few other red herrings, as well, but in the end, only three of the original group are still alive: Alison, Margot, and Dylan. Before Lennon was killed, Margot and Lennon were lovers. Meanwhile, hot-tempered Dylan was in love with Alison. At some point near the end of the series, Alison reveals to Dylan — after they have sex — that she is, in fact, Alison (and not Lennon) and that they can finally be together. Dylan loses it and rats her out to the cops, who don’t believe him because Alison (with the help of her father) is able to gaslight Dylan. Dylan is erratic and moody enough that we start to get the feeling that he might be the killer. 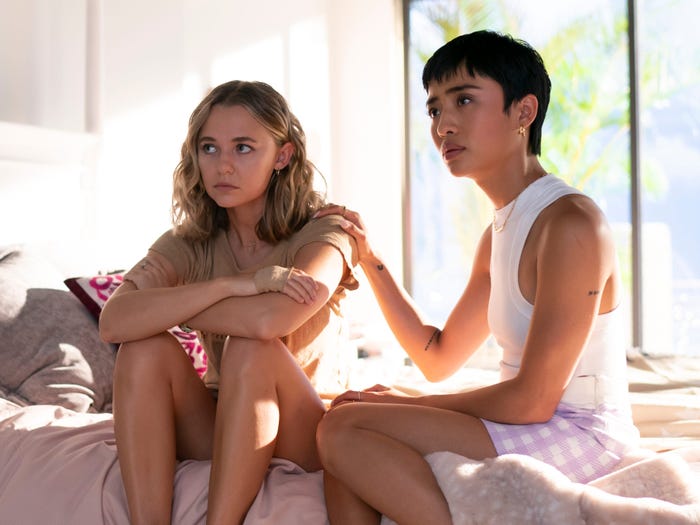 Margot, meanwhile, is a wealthy but not terribly bright influencer and feels exactly like the kind of character who will probably be the last to die, right before Alison takes down the killer. Margot, who — again — believes that Alison is Lennon, continues their sexual relationship, although Margot is furious when she finds out that Alison slept with Dylan.

In the final scenes, Dylan confronts Alison in her home. Alison believes that Dylan may be the killer, but the two of them are called out to a remote basement location by Margot, where Alison finds that her estranged mother has been killed. Soon thereafter, Dylan briefly disappears. Alison finally finds Margot in the basement, but before she can say, “Let’s get out of here!” Margot stabs her in the stomach with a knife.

Margot was the killer all along. She was in love with Lennon, figured out that Alison had killed Lennon and assumed her identity, and wanted to avenge the death of her girlfriend. In the process of doing so, however, she also fell in love with Alison.

Dylan, locked in a room, escapes, calls the cops, and races down to confront Margot. Margot pulls a gun on Dylan, but Dylan manages to steal it away. He’s holding a gun to Margot’s head when a cop arrives. Dylan is like, “Margot is the killer!” and Margot is like, “Dylan is the killer!” and the only person who can set the cop straight is Alison, who has a knife stuck in her stomach. “What happened?” the cop asks. A wounded Alison looks up to Dylan, who tells her she can tell the truth and no one will hurt her, and then looks to Margot, who says, “I love you, Lennon.”

Alison tells the cop, who is also her father’s girlfriend, “It was Dylan.” Dylan is hauled away and imprisoned for a murder spree he did not commit. Alison, meanwhile, has not only assumed the identity of Lennon but her personality, as well. She and Margot vow to stay together forever. Two sociopaths in love, each holding on to the secrets of the other. Before the credits roll, however, one of the characters Margot assumed she had killed wakes up, setting up the possibility of a second season because she knows that Margot is the real killer.

The bad guys win, and the good guy is blamed for their crimes and imprisoned. It’s a much darker ending than one might have expected from an Amazon series based on a YA novel. Well done.