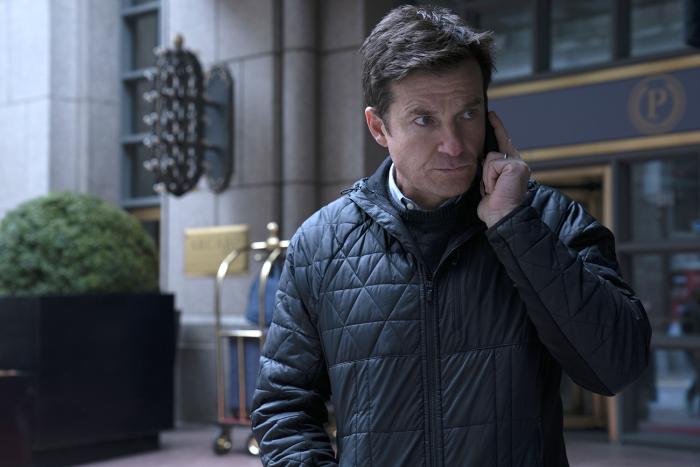 Much of the fun in watching Breaking Bad and now Better Call Saul has been the weekly dissection of episodes, the exploration of themes, the movie references, and callbacks. The reason those shows have been as successful as they have is because they can withstand the level of scrutiny given to each episode. They are carefully crafted, meticulously written series that anticipate being explicated and excavated by their audience.

Netflix’s Ozark would not have made it through five episodes under a weekly release model without collapsing under the weight of audience expectations. Ozark uses a never-ending series of plot turns designed to compel viewers on to the next episode so that they can quickly forget what happened in the last. It’s not a series mapped out from the beginning. It’s not even a series that seems to be mapped out from season to season, so much as episode to episode. Better Call Saul is a chess game; Ozark is a shell game that quickly rearranges characters and alliances for no real reason other than to keep the story moving.

This week, the plot finally found its stopping point after a two-part fourth and final season that crams more plot turns into seven episodes than many do in five seasons. It’s a series that seems to rely almost entirely on the ability of its characters to clean up messes of their own making while making new messes along the way. But it also works, fleetingly, largely on the backs of Laura Linney and Julia Garner, who chew the scenery so effectively that they can sometimes swallow entire plot holes before anyone notices them. But audiences will probably also forget almost everything else by the time the series wraps because there are no iconic shots or memorable monologues or surprising plot twists. Just Jason Bateman’s wry, shit-eating grin and Ruth Langmore’s vicious use of profanity.

The final seven episodes operate as the rest of the series has: By keeping the tension at a high simmer. There are no breathers. The lives of Marty and Wendy Byrde, as well as Ruth Langmore, are in constant danger. They’re always one bad move away from being assassinated. That is until, of course, someone gets assassinated.
Spoilers
Alas, it is not who we might have hoped. Long story short: After Javi, the leader of the Navarro drug cartel, shot and killed Ruth’s best friend and cousin, Wyatt, Ruth decides to get revenge. She executes Javi, which upsets all the plans that Marty and Wendy have in place.

So, Marty and Wendy make a lot of phone calls, talk to a lot of people, and make deals to reposition Omar Navarro as the cartel leader. Omar, however, is in prison, which means that Marty has to go back to Mexico to be his proxy, where he learns that Camila Navarro — Omar’s sister and Javi’s mother — orchestrated a botched hit on Omar. It involves the better part of seven episodes of machinations, but eventually, Marty and Wendy move Camila into the position of cartel leader. She takes out Omar, and she makes the deal that provides Marty and Wendy with all the money they need to get out of the game and achieves Wendy’s primary goal, which is to become the political kingmaker of the midwest, a somewhat vague and anti-climactic end goal.

Meanwhile, after killing Javi, Ruth gets her life in order. She inherits Wyatt’s share of the casino and becomes the controlling owner, which she operates with her old best friend, Rachel (a season-one returnee). She finds a judge who will expunge her criminal record, and she builds a swimming pool in her yard. It looks like she’s on her way to a happily ever after until a fairly minor character, Clare Shaw, tells another fairly minor character, Camila Navarro, that Ruth was behind the hit on Camila’s son, Javi. Camila, in turn, drives out to the Langmore property and executes her. There’s nothing that Marty can do this time to prevent it.

Ruth dies, and Wendy and Marty get everything they wanted, or as the old song goes, “The rich get richer and the poor get poorer.” The only hitch is Mel Sattem, a private investigator looking into the death of Wendy’s brother Ben. Marty and Wendy pull a lot of strings to erase him from the picture, but in the end, Mel’s conscious gets to him and he decides he’s going to turn Wendy in for the murder of her brother. That’s when Jonah — the teenage son of Marty and Wendy — arrives and executes Mel ahead of the series’ end credits. Dumb.

Basically, it’s a reverse Breaking Bad, where Walter White wins, Jesse Pinkman is executed, and Walter White, Jr. kills Hank before he can rat out Walter. The end.


← Elisabeth Moss Has Now Made it Impossible For Us to Separate Her from Scientology | 'Barry' Episode 2 Recap: 'I Just Really Want for You to Be Happy' →