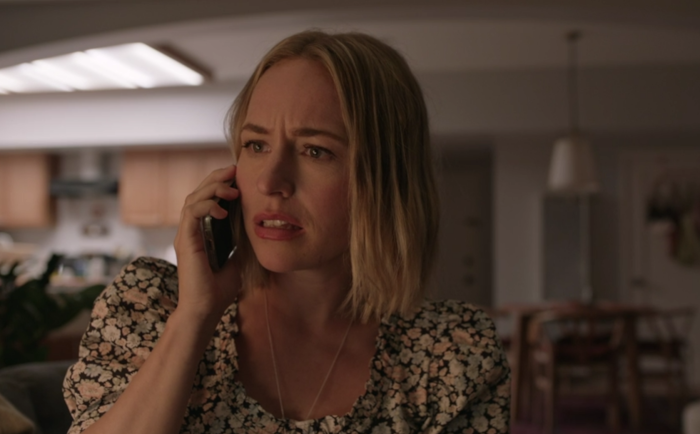 'Barry' Episode 2 Recap: 'I Just Really Want for You to Be Happy'

This week’s episode of Barry is an unsettling look at what lengths desperate people will go to in order to achieve some measure of happiness. It might mean ignoring an increasingly bad situation to maintain the ideal vision in your head, or walking away from something that brings you joy for the sake of peace in the long term. Or, worst-case scenario, maybe it means inflicting your idea of what makes people happy despite their protests otherwise.

Barry has, unfortunately, chosen the last path and has dedicated himself to it completely. Episode two picks up right where the premiere left off, with Gene in the trunk of the car while Barry goes about making his plan to earn Gene’s forgiveness, stopping just long enough for a pit stop to get them some burgers (with Gene’s money, no less!). He’s an amiable enough guy to make sure they’re both fed, even thoughtfully giving Gene his change back, but too wound up in his destructive tunnel vision to even consider other avenues that don’t involve murder. Poor Gene. Trying to eat a burger while rocking back and forth in the dark sounds pretty miserable, but it beats a bullet in the skull and being buried in the desert.

As we soon find out, Barry’s plan isn’t much of a plan at all. His “Plan A” is to visit Sally, who’s in the middle of a writing session for her show, Joplin. He asks her to give Gene a part on the show, but when she turns the idea down, informing him that the casting department said no when she initially pitched it, Barry flies into a rage that’s terrifying to witness. He’s had more than his share of alarming moments, but even gunning down an entire temple of goons didn’t evoke the same level of fear as watching him literally scream in Sally’s face. We know he’s mentally unwell, though we’re only just getting to the depths of how much, and beyond desperate to make things right (“If I don’t do this, I don’t live!”) as though anything of the sort would be a possibility, but it’s genuinely shocking to see him lose control on her in such a public space.

Once it’s all over, Sally tries to remain unaffected, a reaction that’s undoubtedly at least partially influenced by her previous experience in an abusive relationship. She’s going through the motions when it comes to her job, which is, in a cruel bit of coincidence, all about portraying a mother fresh from a cycle of abuse who’s trying to keep her young daughter from falling into a similar pattern. Her co-star, Katie (Elsie Fisher), is rightfully concerned about Sally being in an abusive relationship, but when she inquires about reporting the incident, she soon finds that things in the workplace are more complicated than they appear. There are no formal avenues for reporting someone who didn’t commit an act of violence or make threats and, more importantly, little desire to do so, since the crew is more motivated to maintain their employment status than poke their noses into their boss’ relationship. It’s an ugly situation all around. Even though Katie seems stuck at the moment, it’s safe to assume that she’s going to do some future digging. Let’s hope she doesn’t run afoul of Barry because he’s fairly unpredictable these days, to put it lightly.

Barry’s next idea is to ask real-life casting agent Allison Jones about getting Gene work, but Jones won’t hear a word about it (“I won’t have anything to do with him, he was awful to me, no thank you.”). She does pitch a potential role to Barry, however, despite his unprofessional disappearing act the last time he was offered a part. I guess that “not-present Joaquin Phoenix thing” is really working for him. He lets Gene out of the trunk long enough to force him to be his scene partner and lets him know in no uncertain terms that either Gene has to get hired in a role or die. Later that evening, we see Barry go to his audition where he manages to give an impassioned speech, cribbed from Gene himself, in order to get Gene a part despite his godawful reputation in Hollywood (“When Allison didn’t cast him on Family Ties, he called her a ‘donkey witch.’”).

NoHo Hank and Cristobal, on the other hand, are spending time being adorable with one another. They’re making plans for an afternoon delight when a high-ranking associate, Fernando (Miguel Sandoval), shows up in a gun-wielding convoy, much to the alarm of the little girls sitting at their lemonade stand. Come to find out, he’s not just any old cartel member but Cristobal’s father-in-law, who plans on wiping out the Chechens as retribution for the massacre (which, again, was Barry’s doing) and taking control of operations so Cristobal can go back to his wife and kids in Bolivia (this just got so messy). That night, Fernando sets up a late-night raid on the Chechen’s plant nursery. Unbeknownst to him, Cristobal has been in communication with Hank the entire time—please note that the two lovers have one another listed in their phones as “Luke” and “Lorelai,” a fact which I’m still recuperating from—to ensure everyone got out. Hank, the hopeless romantic, is ready to find a way through this ordeal, but Cristobal knows that there are no negotiations possible. He breaks up with Hank in order to save him, and in a display of slightly gutsy filmmaking, the camera stays on Hank for an exceptionally long time as he watches in disbelief as Cristobal drives away.

As though Sally isn’t having a hard enough day, she hears word from her agent, Lindsay (Jessy Hodges), that there’s a show with a similar premise to Joplin that will be premiering soon, called Pam! (with an exclamation mark, as D’Arcy Carden helpfully explains: “So, it’s kinda more like PAM!”). Generally, it’s whichever show or movie is released first that gets eyes on it, which is why Lindsay and the management team want to release the show early and get Sally going on a press junket. Sally is overwhelmed by the news and can only focus on so much at the moment, specifically trying to get her hands on some spaghetti—her difficulty obtaining the simple dish as opposed to something fancy makes for a droll L.A. joke—as an apology meal for Barry. As she sets the dinner table for him, complete with a can of Budweiser, and tries to set up the new Xbox controller she bought for him, it’s clear that Sally has fallen right back into a coping mechanism for abuse. When Barry calls with news that he got the part he auditioned for, he’s nothing but chipper, like the incident at the office never happened, a scenario that feels uncomfortably true to life when dealing with abusers. Sally is just as excited for him (“That is so wonderful, Boo Bear!”), though she very much remembers the events of the day and tries to address it by apologizing to him. It’s almost as hard to watch her apologize to him for no reason as it was to see him rage at her. She waits for an apology from him that, of course, never comes. Barry is fully checked out and is operating solely from a script that exists only in his mind.

When he heads back to the car to check on Gene, however, he’s stunned to discover that he’s gone. Running on foot, Gene makes his way through several backyards only to wind up in one with an unfortunate number of dogs (the couple breaking up as the perpetual army of dogs run past the window is a spectacular sight gag) who set about mauling him. Once he’s escaped, with one especially tenacious Yorkshire terrier still at his feet, he tries to get help from a server on a smoke break (“Could you please call me an internet taxi?” Oh, Gene.) who clearly thinks he’s in the midst of a mental breakdown. When he goes to flag the “internet taxi,” coming down the street, it turns out to be Barry, who winds up colliding with another vehicle. Seeing Barry slumped over the steering wheel, Gene runs the rest of the way home. Leo is alarmed at how disheveled he looks, but just as Gene begins to spout off the story of what happened to him, he sees Barry sitting on the couch next to his grandson. The look in Barry’s eye is more than simply the aftereffects of the concussion he’s no doubt sustained; he’s on the verge of fully breaking from reality, going so far as to threaten Gene’s family (“Because if you don’t, this one [gestures at grandson] and that one [gestures towards Leo], go away.”). In an ending that rivals most horror movies, Barry enforces his murderous threat with yet another profession of love:

This dark comedy has taken a turn towards shockingly bleak. For all of the signs that may or may not have been there, our once hapless assassin who tried to turn his life around has made a full-fledged conversion to abuser. Barry has always had more than its fair share of tense moments topped with plenty of violence, but it’s shocking to see the slow genre pivot towards psychological horror. There was never too big of a chance of this series having a happy ending, but it’s apparent now that Barry is utterly doomed, probably since the moment he pulled the gun and fired on Janice. Now, the only real question is who’s going to go down with him?

Things you never want to hear in the workplace:
“That the guy that brought the loaded gun to the Full House audition?”

Kaleena Rivera is the TV Editor for Pajiba. When she isn’t regularly reminding herself of the fact that nearly all modern-day vehicles have an emergency trunk release (a fascinating but dark history) in the event an emotionally unstable hired killer/struggling actor throws her into the trunk of a car, she can be found on Twitter here.