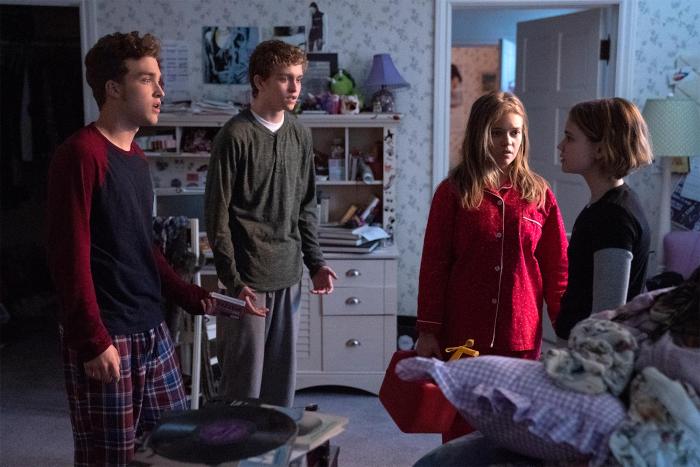 Spoilers: The Ending (and Only the Ending) to Hulu's 'Little Fires Everywhere' Is Better Than the Book

Last week, after seven episodes of Little Fires Everywhere, I concluded that it was a messy, overdramatized adaptation of Celeste Ng’s source material that seemed more determined to fetch awards for Reese Witherspoon and Kerry Washington than to tell Ng’s story. While the finale doesn’t completely change my assessment — in particular as it concerns the VERY SHOWY lead performances — I will concede that the series ultimately nails the book’s themes about motherhood and provides a marginally better ending than that of Ng’s novel.

In Ng’s novel, it’s Izzy who set the “little fires” that resulted in the destruction of the Richardson house, and that is never in doubt. The series, however, teases the identity of the arsonist as a mystery and ultimately pays that off by maintaining the spirit of the novel’s end but switching the identit[ies) of the arsonist[s]. Izzy pours the gasoline that leads to the fire, but it is her siblings who ultimately strike the match that sets the house aflame after Izzy has already run away.

Given how melodramatic I thought the previous episodes of Little Fires Everywhere were, I was surprised at how moving the finale is, and how it gelled around Witherspoon’s phenomenally powerful delivery of, “You think I wanted a daughter like you? I never wanted you in the first place!” The entire family dynamic shifted in the way that Lexi responded to that utterance with shocked “Mom!” that came out like a squelch. We could feel, in the stunned silence that followed, the entire family turning against Elena, which ultimately leads to their decision to burn down the house on Izzy’s behalf.

It’s a smart wrinkle because Izzy’s anger, frustration, and hurt with her mother remain intact, but it also adds in her siblings’ perspective. After Elena tells Izzy that she never wanted to be her mother, Lexi, Trip, and Moody see Elena for the corrosive, destructive force that she is. Instead of leaving Lexi, Trip, and Moody to languish as representations of their mother’s personality, this ending actually brings their own stories full circle. Their decision to set aflame the gasoline that Izzy poured not only provides an exclamation mark to their own stories, but it bonds them to Izzy. The decision to burn down the house is not just about that bond, but it’s also about destroying the carefully constructed but fragile lie that they all hid behind.

Ultimately, it makes Elena’s decision to take the blame for the fire all the more understandable. She does it not just because she now understands how she failed Izzy, but because she has failed all of her children by trapping them in that lie with her. The one thing missing from the novel, however, is Elena’s determination in the end never to give up on finding Izzy (who leaves for Pittsburgh in the novel), as well as Izzy’s vow to continue running away no matter how many times she is brought home. It’s fairly evident, however, that those unspoken sentiments still exist in the series. Elena has lost Izzy for good (and no, it is very unlikely that there will be a second season).

There are also a couple of other slight wrinkles in the novel worth mentioning: Mia and Pearl not only decide to reconnect with Mia’s family but also Pearl’s biological father. Meanwhile, after spending thousands of dollars in search of Bebe — who kidnaps her baby after losing her in court — the McCulloughs eventually give up and adopt a baby from China.

The series, however, remains faithful to the themes of the novel, particularly those about the connections between mothers and daughters both biologically and non-biologically. Elena believes that the biological connection is enough to keep her daughter Izzy tied to her, although she learns otherwise in the end when her worst nightmare — losing her daughter — comes to fruition. Meanwhile, Mia has to admit to the truth about Pearl’s complicated biology and give up some parental dominion in order to maintain her bond with her daughter. The question about who is most deserving of Bebe’s baby, however, remains open in both the novel and the series, although both also acknowledge that the only reason the question is being debated is because of the racial and socioeconomic inequities in Shaker Heights.

← New To Netflix: 'Circus Of Books' Offers An Uplifting Story Of Family, Gay Activism, And Smut | The Real Reason Bruce Willis Is Quarantining with Demi Moore Instead of His Wife, Emma Heming →